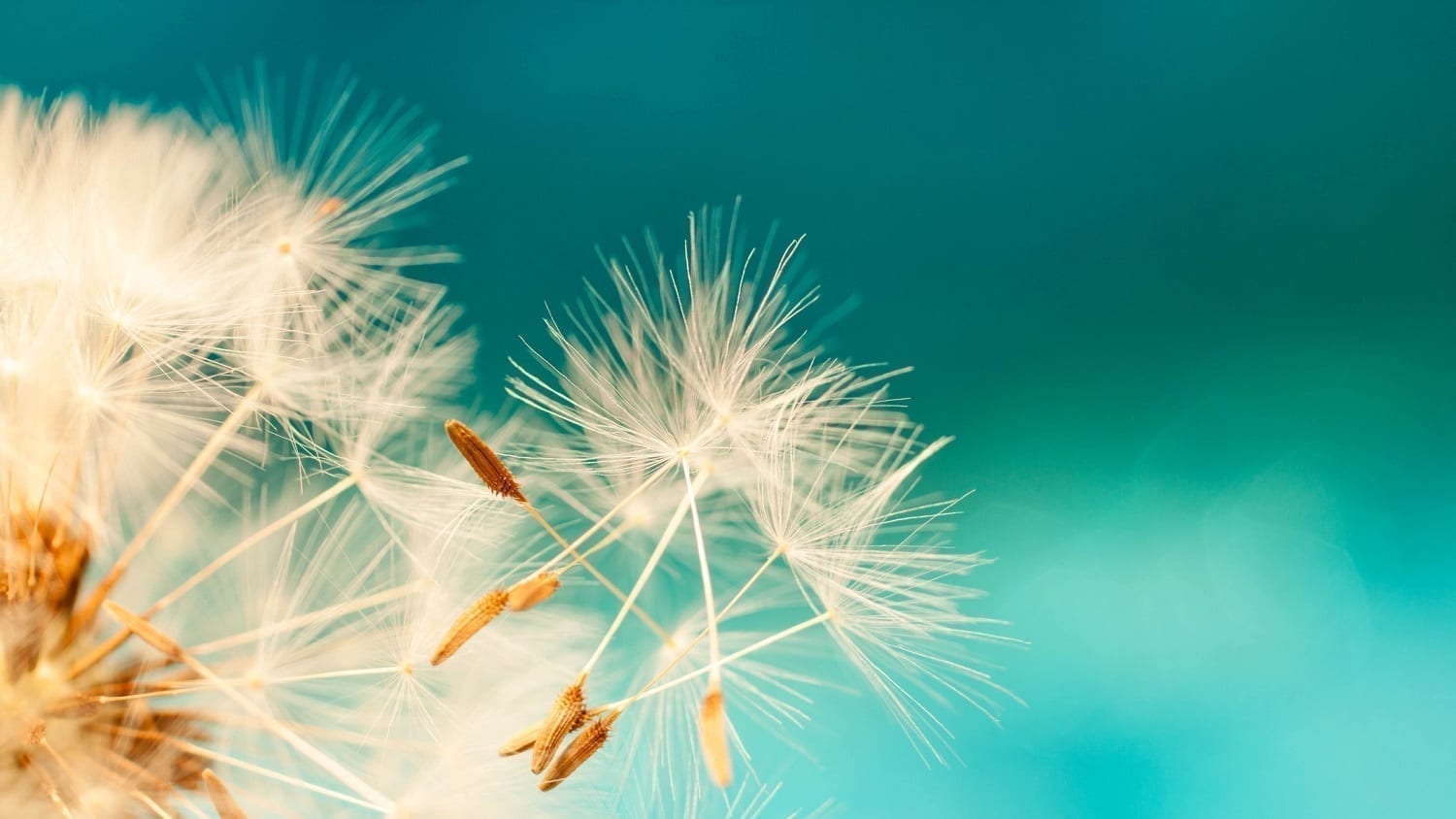 When my kids were young, they loved to take the seed heads of dandelions and with a single blow, scatter seeds across my beautiful lawn. As a loving father, I didn’t have the heart to tell my children they were in the act of dispersing and thus propagating weeds. To them, it was just fun.

If you think about it, plants have a difficult time getting their seeds far away from the parent plant. How does God design plants to do that? We are going to look at three ways that God created plants to disperse their seeds. 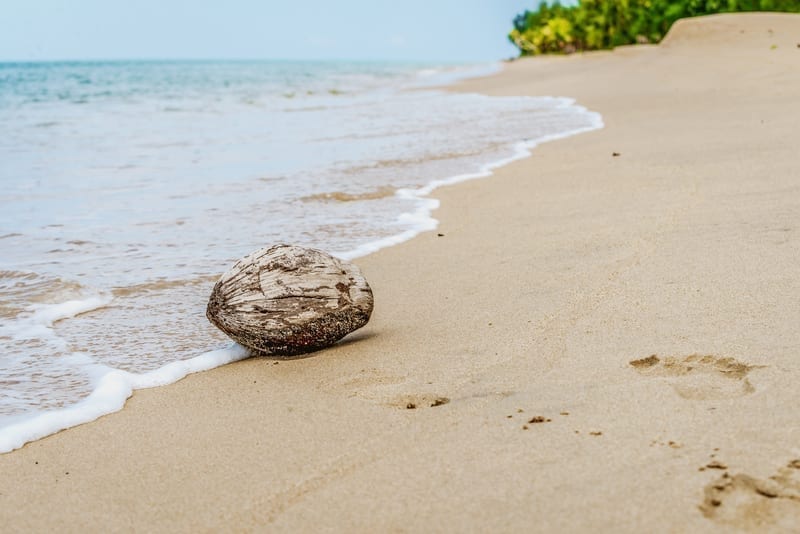 The most famous example of the plant dispersal of seed is the coconut palm. Most people have heard or read about the coconut floating on ocean currents for hundreds, sometimes thousands of miles before being washed up on another tropical beach. The seeds of the coconut palm are among the largest seeds in the world. This palm produces 50–200 coconuts per year and they are produced year round.

The coconut is designed by God to survive while floating in the ocean—sometimes for years. Its waterproof fibrous husk is encased in a tough outer layer that can withstand the corrosive features of salt water for long periods of time. This giant seed carries its own supply of food and water, and it is the white coconut meat that nourishes the coconut palm embryo.

God has created the coconut palm to be so successful in dispersing its seed that it can be found from the Malay peninsula to the islands in the South Pacific, Australia and the Caribbean.

The mangrove tree is another tree that depends on water for dispersal of seeds. The mangrove is found on tropical and subtropical salt and freshwater coastlines worldwide. There are 80 species of mangroves and they range in size from bushes to 150 foot tall trees. They don’t produce seeds or fruit, but propagate by using propagules.

Propagules are long pointed structures that are grown on the mangrove tree. These structures fall off of the tree, into the water and then float to a new location. Initially, floating is horizontal, then in 30 – 40 days the propagule will shift to a vertical position. This position makes it more likely to hit a muddy bottom and results in the propagule being stranded when the tide recedes.

Roots first appear in about ten days, and those that fail to find a suitable location may regain buoyancy, turn back to their original horizontal position and continue floating. They can float in this way for up to a year, trying to come across a muddy bottom. 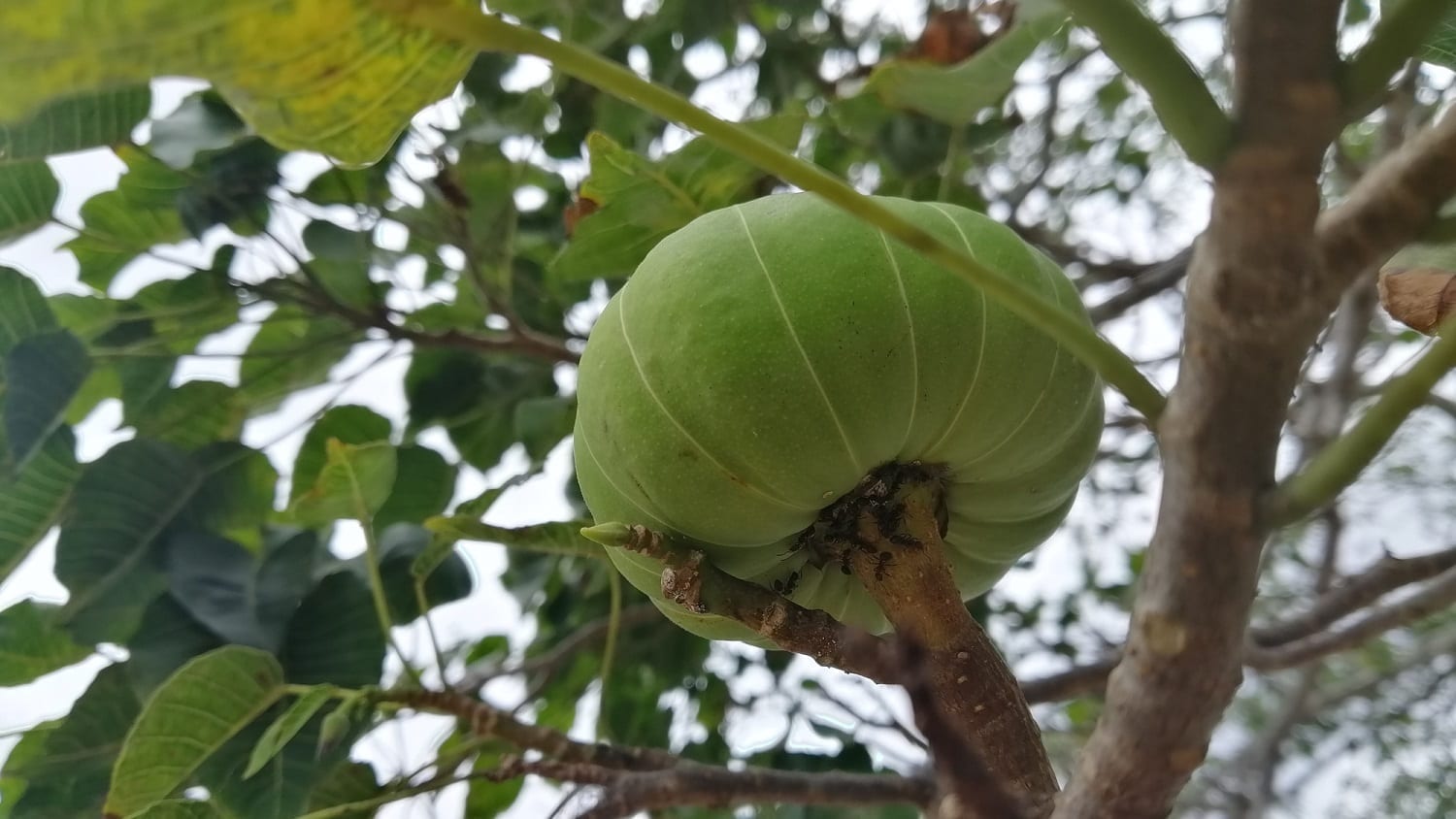 There are plants that God designed that shoot out their seeds with amazing force. The sandbox tree is an excellent example. This tree grows in the tropical Americas and grows up to 100 feet tall. The fruit of the sandbox tree has the shape of a pumpkin, but is only 4 inches across. Once the fruit matures and dries out it explodes with a loud bang and shoots its seeds out at speeds of 150 miles per hour and a distance of 100 feet. People and animals have been injured by being too close when the seeds shoot out.

The Mistletoe is another example of a plant that shoots out its seeds. The Mistletoe plant is a stem parasite. That means this plant grows on the trunk and branches of other trees and basically feeds off the nutrients of its tree host.

As the seed pods mature, they gradually swell. When the pressure builds up the seed pods erupt, shooting their sticky seeds at 60 miles per hour through the air, and hopefully sticking on a branch of a neighboring tree. Some mistletoes have the ability to heat up their seed pods up to 2 degrees warmer than their surroundings, thus triggering their pods to explode. This is done at the cellular level using specialized metabolic pathways.

God has created many plants to use animals to transport their seeds away from the parent plant. Obviously the animals are not going to help the plants disperse their seeds out of the goodness of their hearts. So God created in the plants an incentive.

The plant will produce a food source around the seed for the animal to eat and deposit later, a distance away from the parent plant. One animal is the pacu fish which lives in the largest freshwater wetlands in the world. A large portion of the Amazon rainforest becomes engulfed with seasonal floods at a time when many plants are releasing their fruits.

As the pacu fish swims through flooded land, they are quite content to eat the fruit, swim off, and defecate the seeds. One fish was caught with 141 seeds in its belly. Botanists know of one plant, the tucum palm, that relies exclusively on the pacu for seed dispersal.

As the tucum palm relies on the pacu fish, the desert melon of South Africa relies solely on the Aardvarks. This medium-sized mammal eats termites and will attain some of its moisture needs by eating desert melons, seeds and all. Then the seeds go through its digestive system only to be pooped out.

The Aardvark has the habit of burying its dung, which of course contains the seeds.

Many tropical trees rely on large fruit bats called flying foxes for their seed dispersal. The fruit of these trees is often large and not very colorful, and has a strong odor that these fruit bats know. God created these trees to grow their fruit on the trunk or suspended on long stalks that hang free of the foliage where the bats can easily access it.

There is a grassy-type plant, Ceratocaryum argenteum, that lives in South Africa. This plant produces a seed that looks like a ball of dung and smells like antelope droppings.

Dung beetles are beetles that make balls of dung from the droppings of herbivores. They then lay their eggs in the dung and bury them. The eggs hatch, and the larvae have a delicious meal just waiting for them.  This grass seed, is taken by the unsuspecting beetle, who then buries it and a new plant sprouts. This is called “fecal mimicry” and the poor beetle never does realize how it has been duped.