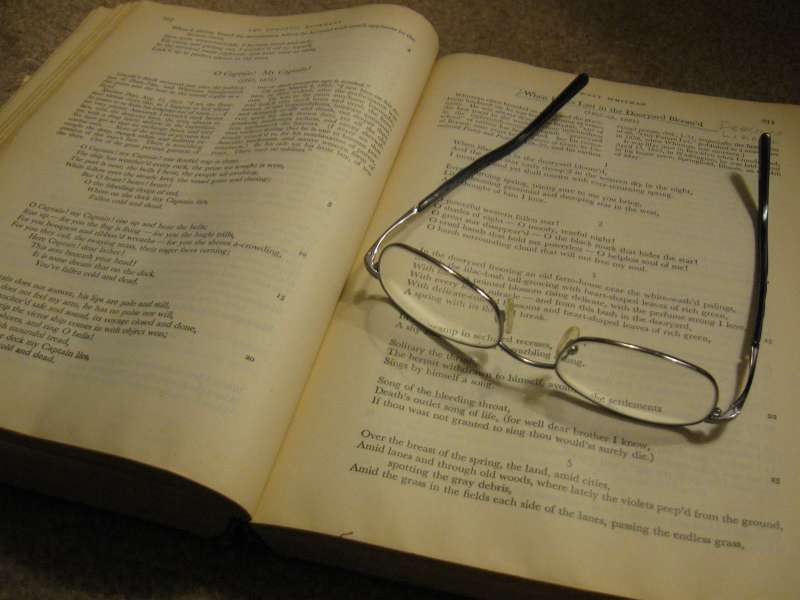 Understanding the idea of a worldview is essential to comprehending why the idea of Biblical Creation vs. Evolution is so hotly contested. So, I’d like to begin by quoting J.F. Baldwin’s excellent explanation of the term “worldview,” as written in his book entitled, The Deadliest Monster.  “Your worldview is your framework for understanding existence- the way you look at the world. The terms worldview and religion are really interchangeable, when properly understood, because at bottom every worldview is based on certain faith assumptions and offers answers to the ‘why’ questions- Why am I here? Why do I think I ought to do some things? Why does evil exist? Etc.

“Your worldview is like an invisible pair of eyeglasses- glasses you put on to help you see reality clearly. If you choose the right pair of glasses, you can see everything vividly, and can behave in sync with the real world (that is, you won’t walk into walls, fall into wells, or talk to mannequins). But if you choose the wrong pair of glasses, you may find yourself in a worse plight than the blind man- thinking you see things clearly when in reality your vision is severely distorted.”

Just as this pair of glasses determines what you see in the world, what you believe about God and man determines what you believe about everything else. Thus, Biblical Creation and Evolution are fundamental concepts to two polar opposite worldviews. Biblical Creation assumes that there always has been an identifiable Creator, and that His Word is true. Evolution assumes that no Creator exists or defines how man should live. These two pairs of glasses hold an equal and opposite answer to the question “What is the nature of God and man?” Only one answer can be true. This is why the battle between those who believe in Biblical Creation and Evolution is so intense- and highly significant in the grander scheme of things. You see, it’s not really about science. It’s about whether Man must answer to a higher power, or not.

In reality, Biblical Creation and Evolution are beliefs- they’re both ideas, based on faith. As ideas, Biblical Creation and Evolution really can’t be scientifically proven. Nothing can, in fact, because science can’t prove anything. Science is a process, a method of studying the universe we live in. It gathers and classifies data, and draws conclusions based on observable facts to form general laws about the natural world. Science tells us why or how things work. But it can’t 100% prove anything, because science is always developing as new data is realized.

There has been no one able to observe the evolution of the world, neither is there an appropriate fossil record to demonstrate it. Nor was any man present to see the creation of the universe by an intelligent designer. Neither process can be duplicated in a lab, and thus observed. Neither one can be definitively proven. But we can observe the world around us and draw conclusions on the evidence before us. The problem lies in determining which worldview most correctly interprets- or makes sense of- the evidence.

Think of the various worldviews as labeled boxes or filing cabinets and the evidences- the known observable data, as pieces of paper. Now imagine that all of the data was at one time correctly and definitively sorted into stacks of paper. But something happened. Someone knocked all of these carefully sorted stacks of paper into the floor. All of the information is now in a jumbled-up mess.  We subsequently have to sort through and figure out where everything goes, or if it is even associated with the piles that were knocked onto the floor. Maybe some of the pieces are still together and thus easier to sort, but many aren’t. Some papers may be missing from the pile entirely, as they floated across the room or got caught on something on their way down to the floor. This is the problem which science attempts to solve- finding lost evidence and analyzing the pile of paper that is currently on the floor.

Biblical Creation and Evolution are the boxes or filing cabinets that we have to re-sort the paper into. Sometimes, upon finding other pieces of information, we have to go back and reevaluate how we filed previous papers. But the most central question in this sorting process is, “Does this piece of information confirm or deny the existence and intelligent design of a creator?” How we interpret the evidence to answer this question defines which cabinet we place the piece of paper in.

Remember, your eyeglasses determine how you see. If we don’t choose to acknowledge the existence of an intelligent Creator, we may not see that the majority of the evidence which is filed in the Evolution cabinet is entirely flawed. Or we may choose to ignore that piece of paper, and set it aside because it doesn’t fit in the file we want it to go in. On the other hand, if we do acknowledge the existence of an intelligent Designer we may also, in some cases, ignore or set aside pieces of paper which we don’t understand yet. That doesn’t necessarily mean the information is wrong, it just means we don’t have a place for it yet.

Again, the central question is, “Do these pieces of information confirm or deny the existence and intelligent design of a creator?” More particularly, “What does this evidence suggest to us about that Creator?” Does the known information contradict itself? Does it contradict our interpretation, our worldview? You see, what we believe about God says something about how we see everything else; but the world around us also tells us something about the nature of God. These two conceptions cannot contradict each other. Either there is a Creator, and the evidence suggests that there is; or there isn’t, and the evidence unequivocally supports this.

Really, in the end, there will only be one filing cabinet that is full of information. Only one pair of eyeglasses enhances the correct vision of reality. Which is it? If we view the world through the lens of Scripture we see that, “The heavens declare the glory of YHWH, and the firmament shows his handiwork,” Psalm 19:1. Romans 1:20 states, “For since the creation of the world His invisible qualities have been clearly seen, being understood from what has been made, both His everlasting power and mightiness, for them to be without excuse.”

Scripture says that Yahshua Messiah “is the same yesterday, today, and forever” (Heb. 13:8). It also tells us that he is the Word of YHWH made flesh, and that he “… is the image of the invisible Elohim, the firstborn of every creature: For by him were all things created, that are in heaven, and that are in earth, visible and invisible, whether they be thrones, or dominions, or principalities, or powers: all things were created by him, and for him: And he is before all things, and by him all things consist.” (Col 1:14-17)

The world was perfect until man turned away from his Creator. From this turning point, we see evil in the world. But two thousand years ago, YHWH sent his Son to redeem those who choose to repent of their evil ways and turn back to YHWH. His covenantal blood provides a covering for the imperfections of men. “Truly, He has borne our sicknesses and carried our pains… He was pierced for our transgressions; He was crushed for our crookednesses. The chastisement for our peace was upon Him, and by His stripes we are healed,” Isaiah 53:4-5. That Messiah is Yahshua of Nazareth, son of the Living Elohim. He was sent to teach the Word, to live the Word, and to die and resurrect as the Word, so that all men “through Him might be saved,” John 3:17.

Evolution has no good answer or solution for evil. Evolution has no explanation as to why evil exists. Evolution is a process of decay. There is no purpose for man, or redemption from death. It is a poor substitute and alternative for a loving, intelligent, omnipotent Creator God.

Even the most ardent supporters of the Evolutionary worldview admit that, “It is widely accepted on all sides that, far from undermining it, science is deeply indebted to Christianity and has been so from at least the scientific revolution. Recent historical research has uncovered many unexpected links between scientific enterprise and Biblical theology.” -Colin Russell, Whigs and Professionals, in Nature, April 26, 1984, p. 777.

Another prominent Evolutionist stated that, “Scientific premises define and limit the scientific mode of thought. It should be pointed out, however, that each of these postulates had its origin in, or was consistent with, Christian theology.” -Stanley D. Beck, Natural Science and Creationist Theology, in Bioscience, October 1982, p. 739.

Even those who refuse to look through the eyeglasses of Biblical Creation recognize that they are wearing the wrong glasses. But they knowingly do so, because they refuse to acknowledge the need for the redemptive action of the Creator. They cannot accept that they must answer to a higher power than themselves. These people would rather not see clearly, and be able to do whatever they want, than to see the truth and their need to live by it.

So, you see it isn’t about the science. Both sides realize that the science tends to only agree with one side- that of Biblical Creation. It’s about which glasses you choose to wear, what worldview you choose to accept. It’s about man continuing to reject YHWH after the Fall of Adam. The battle is in only the minds of men. It will only end at the return of Messiah and the renewing of heaven and earth; when the entire world is governed by the King of Kings, and the Word he spoke from the beginning. 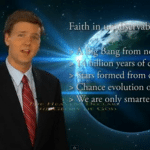