If you ask the average person to name some things found in “outer space” they’ll probably name the moon, stars, planets, and maybe asteroids and comets. But that’s just the tip of the iceberg of the incredible diversity found throughout the cosmos.

Today let’s look at pulsars. We’ve only known about pulsars since the 1960’s, when a research student detected a strange object in the nighttime sky, which eventually led to a Nobel Prize – for someone else! This strange feature looked like a light pulsing on and off and it was accompanied by a very specific radio frequency. The object was named “LGM1” which stands for “Little Green Men 1.” The researchers thought perhaps an alien civilization was trying to communicate with Earth. But then another one was discovered and eventually the true nature of this strange object was revealed. That’s when they were renamed “pulsars” – a pulsating star.

A pulsar is an extremely dense object made of neutrons. Pulsars have a mass greater than our sun but they are only about six miles across. This means just a teaspoon of material from this stellar object would weigh about 1 billion tons—the same as Mt. Everest!

Pulsars rotate extremely quickly. Some rotate once per second but others rotate hundreds of times per second. The fastest known pulsar rotates at a mind-boggling 700 times per second! As they rotate, they emit precisely timed radio pulses that we can detect here on Earth. Physicists theorize that these radio pulses are associated with the pulsar’s rotation and magnetic field.

Pulsars also emit two beams of light, sort of like a laser, in opposite directions. If these beams line up with Earth we see a pulsar appearing to blink on and off. But it’s not actually blinking. Just like a lighthouse appears to go on and off from a ship’s perspective, these pulsars send out a steady rotating beam that appears to blink every time the beam crosses our line of sight.

Because pulsars are so precise, they’re very useful to astronomers. They’ve been used to study stellar distances and the extreme states of matter and find gravitational waves and even exoplanets. In fact, the first planet outside of our solar system was discovered orbiting a pulsar – and, by the way, that planet has a horrible host star to support life, so forget looking for ET there.

There’s no end to the incredible variety we find in the universe, and I love studying those aspects. However, I don’t think the cosmos is random chance, and neither are you! Don’t let anyone tell you that you’re just meaningless star-stuff. You are wonderfully made! The God of the Bible has given us insight into so many things, and there’s even a passage in 1st Corinthians that says that each star is unique, different from all the others. Our Creator is infinitely creative in what He has made. 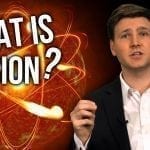