Within the Creation and Evolution debate, many discussions turn chaotic because individuals do not understand the differences between the generic use of evolution, the scientific Theory of Evolution, and the philosophical beliefs of Evolutionism. Quite often (usually by accident but sometimes intentionally), these concepts are mixed together in various ways which produces logical fallacies, what is known as a ‘strawman argument’, or lengthy attempts to prove a fruitless point. By properly defining each of these terms, hopefully discussions can move forward and with more peace.

The word ‘evolution’ comes from the Latin word ‘evolutio’ which technically refers to the ‘unrolling of a scroll’. It is a term with a broad range of uses. Many things are said to evolve including the development of an idea, a product, a chemical reaction, or even mountains as they rise and erode. The first recorded use of evolution in regards to biology came with the description of an embryo’s development.

When people refer to evolution, most commonly they are thinking of the scientific study of biological evolution which is formally contained in the Theory of Evolution. The Theory of Evolution has been defined and described in many ways. One of the basic definitions is a change in allele frequencies in a gene pool through the generations. This can more simply be described as genetic variations that exist within a population over time. It can be summed up nicely in the phrase ‘descent with genetic modification’.

Charles Darwin wrote a book with the title ‘On the Origin of Species by Natural Selection’. This is often talked about as being the Theory of Evolution … it is not. Instead, the book is primarily about Natural Selection which is just one process that produces evolutionary change. It was a method for life to evolve from a single common ancestor to the many species found through history and today. The modern Theory of Evolution, known as the Neo-Darwinian Synthesis or the Modern Evolutionary Synthesis, contains many more concepts than just natural selection. The most important addition is combining the process of natural selection to the mechanism of genetic inheritance. This mechanism helps to describe how evolution should take place. The modern concept also focuses on populations, rather than individuals, and includes the effects of genetic drift.

Over time, evolution has had different uses within science. Before Darwin’s time, evolution was used in conjunction with species transmutation which stated that species had a predetermined direction to move in. It sometimes went so far as to give evolution a purpose or goal to move towards. This idea has since been discarded. Evolution is now depicted as a tree moving in many directions at once. It no longer implies a purpose or a direction and the most recent species are not necessarily the best. The branches on this tree will include both failures and successes. The next step in evolution cannot be predicted.

When people think of evolution as moving from a lower life form to a higher life form or the development from a primitive ancestor to a specialized state, they are now in the realms of Evolutionism. This generally involves a long gradual process with the formation of life starting about 3.5 billion years ago. More formally, Evolutionism is a belief that organisms increase in complexity over time and improve through progressive inherited change.

Darwinism is possibly the most abused term in this short list because Darwinism and Darwinist are incorrectly used in a derogatory way to refer to athiestic evolution. In reality, the term actually has a long history of use. In 1860, Thomas Huxley introduced the term ‘Darwinism’ in regards to Darwin’s book. A few years later, Herbert Spencer summed up Darwinism with the phrase ‘survival of the fittest’ – how natural selection is most commonly known today. If a proper definition can be given to Darwinism, it would probably be similar to ‘biological evolution by natural selection’. This is a view which few, if any, hold and it is not to be confused with the modern Evolutionary Synthesis.

Evolutionism is often associated with many other concepts. It carries with it some of the philosophical presuppositions of Naturalism and Materialism in which only the physical aspects of the universe exist or are considered as relevant. It typically includes the Big Bang Theory of Origins for the appearance of the Universe. It implies a uniformitarian view of Earth’s history for the formation of the planet we now see. It is also, by necessity, connected with abiogenesis – the idea that life had to come from non-living matter at some point so the evolutionary process could begin. These concepts blur the lines between science and philosophy, but in real life such worldviews must be dealt with.

When dealing with topics that can be viewed in theology, science, and philosophy one must be careful not to confuse the issues. It is not unusual to see the Theory of Evolution (a scientific inquiry) and Creationism (a belief) compared and discussed with almost chaotic results. Instead, Creationism should be compared with Evolutionism and the scientific Theory of Created Kinds should be compared to the Theory of Evolution. This helps maintain a balanced and fair examination of the topics being discussed. This is easier said than done when the same word(s) can have so many different uses and meanings. 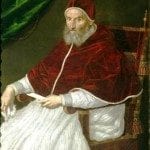 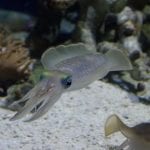