For too long, the secular science community has been able to accuse the creation science community of not being able to define a created kind nor proposing testable observations. It is long past time to answer the critics.

Evolution is based on the assumption that all life is ultimately derived from a single common ancestor. Creation, however, assumes God originally created kinds that have been separate since the beginning. How do we distinguish between creatures that would have come from a common ancestor from those which didn’t? The study of discerning these differences is now known by the term “Baraminology” from the Hebrew: baramin=kinds.

In order to build a testable model of created kinds, one must first define a kind and then give the supporting concepts for that definition. Such a model would include a set of testable hypotheses regarding the taxonomic relationships of plants and animals based on the core concept of limited ancestry. Therefore, I propose the following definition and supporting concepts in hopes of beginning a shared vocabulary for the creation science community to improve and build up a solid scientific position.

Definition of a Kind:

“A created kind is a plant or animal group with a recognizable base form and structure that does not change over time, has limited variation in surface features over time, a reproductive discontinuity between kinds, and a reproductive continuity within a kind.”

The first part of the definition of a kind deals with form. When the created kinds originally appeared, they were separate, unique, and fully functional … meaning there were no undeveloped predecessors.

Any similarity in appearance between kinds was due to similarity in function and being produced by a common designer … meaning there were no common ancestors.

A created kind has a recognizable shape that does not change significantly through time even if the surface features such as coloration do change frequently. Based on experience, the level of Created Kinds will average near the Family level of classification. This means that many species can exist within a kind and that processes of speciation are expected.

The example in this article will be the songbird kind (simplified for emphasis with computer graphics). In the illustration above, the kind on the left looks similar to some songbirds and the one on the right looks similar to the hummingbird kind. Although they have the similarities that come with being birds, there are many differences including the shape of the beak and the wing tips. These distinct basic forms would not change from songbird to hummingbird regardless of the number of species that develop.

The second part of the definition deals with speciation. Species have a recognizable set of surface characteristics that are reproductively connected. Because speciation is driven by environmental acclimation, habitats and geographic boundaries will help determine species. Extinction of a species can occur at times when that species is no longer able to acclimate to changing environments due to limited genetic variation. This reality along with natural disasters and epidemics can lead to the complete loss of a unique kind.

The original songbird kind had a broad genetic variation built within. As this kind settles in different habitats, the surface features of the bird will change within the genetic potential to acclimate to that environment. Therefore, speciation begins and happens rapidly at the beginning but the process slows down when environments are stable.

The third part of the definition deals with reproduction and, therefore, focuses on genetics. The original kinds would have had a wide range of genetic potential, which allows for broad speciation but still limited amounts of change. Species are able to, and prefer to, mate with others of the same species but as a general rule can potentially hybridize with other species of the same kind. A species will have less genetic variation than the general kind. Over time, the genetic code is deteriorating and building up an increasing number of problems due to mutational load.

The songbird kind seen at the top would be expected to speciate over time into variations such as the six examples here. Each individual bird would prefer to mate with its own species, but should be able to mate with any of the other bird species shown here.

The fourth part of the definition deals with time. From a Young Earth Creationism perspective, the original kinds appeared approximately 6,000 years ago and later suffered an aquatic extinction event about 4,500 years ago. During that extinction event, most of the fossils found today were laid down. Because of changing environments after this event, speciation occurred rapidly. Due to relative consistency of habitats today, and distance from the original gene pool, speciation has slowed drastically.

We do not know what the surface features of the original songbirds from the beginning of creation, but we have fossils to recognize that the form has not changed. During the extinction event, a limited amount of the kind survived. Afterwards, speciation began again in the newly formed habitats and has continued until today.

The concepts of Evolution attack the authority of Scripture. Baraminology is one of the front-line defenses for believers. However, to defend believers in the realm of science—to do it well—requires a scientific model that can withstand scrutiny. It is a base that researchers and scientists can build upon. It is also a defense for the believer which shows we can pick up that shield of faith, that we can believe in Scripture, and that the flaming arrows of evolution do not need to touch us. 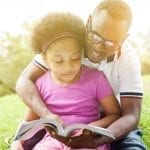 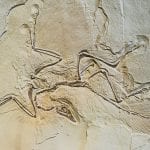