While the general topics covered by Creationism are not directly salvation issues, anything that causes a believer to have doubts about the accuracy of Scripture is a major stumbling block. In recent decades, Evolutionism has spread rapidly and attacked the validity of the Bible. Sadly, Creationism has been slow in responding both in theology and science. Baraminology, the study of Created Kinds, is a relatively new field of science which is challenging the Theory of Evolution and helping people rediscover the foundational truths of Scripture and a proper perspective on the value of life. Baraminology includes understanding the Kinds of plants and animals made during Creation Week, which species are included in each Kind today, and producing a classification system free of evolutionary assumptions.

Within the search for truth and meaning to life, there are few questions more powerful than ‘Who is the Creator?’. This is the basis of building a close relationship with the Eternal. It also acts as a base for understanding the fallen nature we now experience and the need for a Savior. By looking at the creation process in the Hebrew language, we can better understand Our Maker and His unique abilities to create and sustain life.

In the beginning of the Bible, one can learn about the ‘Genesis Kinds’. The Genesis Kinds refer to the plants and animals made during the seven day Creation Week. It explores the descriptions of the original creation and brings clarity to the differences between plants, animals, and man as well as man’s unique role within creation. Special attention is given to the ability of creatures to reproduce ‘after their kind’ as this demonstrates a limit to the amount of change that can occur within any given Kind and shows that the basic concepts of Evolution, such as common ancestry, are wrong.

One of the major topics that comes under secular attack is Noah’s Ark and the Flood. Baraminologists have been studying the ‘Ark Kinds’, the animals gathered together on the Ark during the time of the Flood. Often, it is incorrectly stated that the Ark would need to carry millions of species. In actuality, it only had to carry thousands of Kinds and had more than ample space to accommodate the creatures involved. After the flood, there was a period of rapid diversification as the animals dispersed into new habitats. This is not a sign of evolution in progress, but simply the breeding out of characteristics that already existed within the animals.

One area of major confusion for believers is understanding the difference between species and kinds. Each Kind of plant or animal can contain many (sometimes dozens) of species. For example, the Elephant Kind has included not only the modern day species of African and Asian elephants, but also the historical (and now extinct) mammoth and mastodon. The entire Kind is recognized as containing the same basic shape or form while the individual species will vary in surface characteristics such as color and size. This ties in heavily with studies in genetics and the relatively new field of epigenetics (exploring gene expression) which demonstrate how speciation occurs within a Kind.

The worldviews formed by Evolutionism and Creationism effect our lives, our societies, and our world. Each day, and throughout history, social and political decisions are made which either benefit or harm life. Within evolutionary concepts, man is superior and can do whatever he wants – usually with a selfish motive. Within Creationism, man is a steward over the earth with the responsibility to care for His creation.

The Eugenics Movement (the search for good genes) formally started about a century ago and sought to improve genetics through controlled breeding, even with people. This search continues today. The modern method directly makes genetic modifications to organisms by transferring genes from one type of plant or animal into another. This comes with the built in assumption that man is more intelligent than nature (evolution) and can produce something better. From a scriptural view, there is a much higher intelligence than man that created things and, therefore, man’s attempts to change them will only continue to make things worse and carries potentially great risks.

Centuries ago, Carolus Linnaeus began the modern work of classifying plants and animals in an effort to determine the patterns and intelligence of Creation, including Created Kinds. This system was later taken over by Evolutionism (and it’s built in assumptions that all things had a common ancestor) which produced the modern ‘tree of life’. As studies determine the Created Kinds, the Linnaean system can be returned to a creationist view and show what is known as the ‘Creation Orchard’ – the many trees representing individual Kinds. This not only helps us understand how things relate, but also enables us to better appreciate the beauty and variety found within creation.

Hope for the Future

The Creator is eternal, but this creation is not. Several passages of Scripture talk about how things now known will grow old, wear out, and later are changed. The Almighty has promised a new Heavens and Earth. All of creation waits for this current time of vanity to end. Creation is currently in a fallen state and man cannot bring it back to where it should be. Man himself is fallen and in need of redemption and restoration. This is a job that must be done by the Creator Himself.

Why spend time on Baraminology, the study of Created Kinds? The reasons are many, but primarily: it helps build a personal relationship with the Creator, it helps us understand how to care for His creation, it directs us in the proper understanding of science, helps us to defend ourselves against the attacks of Evolutionism, and it helps us appreciate the value of life. 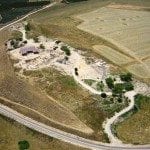 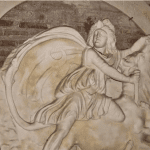