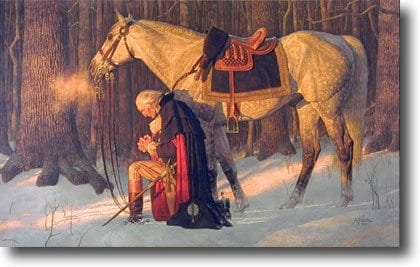 So far in this series on finding your calling, we have dealt primarily with spiritual issues which most would think irrelevant to landing a successful career. But I would argue that, since we are talking about success, not just business, we have no choice but to discuss spiritual issues, as they are foundational to life and success. There are many people talking about success in business and life, but usually from a worldly perspective. The spiritual aspect of success is the only aspect usually overlooked; hence it is the primary aspect we shall discuss.

And that leads us to this month’s topic: prayer.

A Common Misconception
Most people have an arguably narrow-minded view of prayer. They know it’s a good thing to do, but they probably couldn’t tell you why; they know it’s supposed to make a difference, but they can’t name too many occasions on which it has. When they pray, they do so for about five minutes—if they can stand to remain inactive for that long—and when they’ve finished they usually can’t tell you what they were praying for. Then they go about their day without giving God much thought.

Another interesting thing to note is that most people seem to know that our country is in dire need of praying men and women, and that our only hope depends on real, intense intercession for America. But deep down in their heart of hearts, they don’t really believe that praying would make things much better.

I’m thinking most of my readers are a little more enlightened on the subject of prayer, so I probably needn’t tell you that this common idea is all backwards and upside-down. Is that the kind of prayer Washington made when kneeling in the snow, interceding for his young country during the revolutionary war? Is that the sort of prayer Jesus experienced during His long nights of solitude? Anyone familiar with the lives of great evangelists and preachers know that their prayers often went on for several hours. Is it logical to believe that their praying was as half-hearted and faithless as ours so often is?

Prayer and Finding Your Calling
You may be wondering how effective prayer has anything to do with finding your calling. To that I would respond that it has everything to do with it—in fact, the two are really inseparable. Obviously we can’t be sure what our calling is until we’ve been called, in some way, by God. Nor can we pray for enlightenment and guidance without faith, expecting nothing; if we do we’ll get exactly what we expect. And it seems unlikely that God would communicate His plans to us if we are praying for five minutes on mornings when we feel up to it, and then without any significant concern for whatever we’re praying about. He speaks to those who know Him well.

Suppose you knew someone whom you call your “best friend,” but you rarely call or visit him. When you do, you force yourself through five minutes of half-hearted conversation, and then go on with your day without thinking of him again. If he happens to come around, you barely notice him, and you don’t often talk of him to others.

Again, God speaks to those who know Him well; we cannot know Him at all if we do not speak to Him, and listen for His voice; and, as He is the only One who really knows what our purpose in life is, we’ll never find our calling unless He can speak to us.

Prayer in its Proper Context
When people begin to think seriously about prayer, there are two extremes they can easily fall into. On one hand, we can get excited about praying and go on to ask dozens of favors of God, for things that really don’t pertain to our spiritual good or anyone else’s; as if we’re trying to make God our servant, when we are supposed to be His. Alternatively, we can get the idea that, since there are many people in the world who need God’s blessing, protection, and help far more than we do—people in third-world countries, as an example—then we really shouldn’t bother God with our own affairs. Hence, praying is kept at a minimum, as God is much too busy with managing the world to listen to us for very long.

These are total opposites, but they both have negative results. In the case of the latter, very little praying gets done; in the case of the former, there is prayer, but it’s all a self-centered, “gimme-gimme-gimme” kind of prayer. I personally think the latter case less dangerous than the first, since, as long as we are trying to reach God with our prayers, He is at least within our focus and thus able to correct our ways and show us how to pray properly. With the other “less selfish” way of praying, no real praying is ever done, so God is hardly more in touch with us than if we never undertook to pray in the first place.

Anyway, most will see that praying for all of your wants and desires, whatever they are, won’t get us very far in God’s Kingdom. We aren’t on this earth to be served; we’re here to serve Him. We are the servants; God is our master, and even though He cares about the things we want as much as any good father cares about his children’s desires, if our primary focus is on ourselves we will make little progress.

With that in mind, it would seem easy to resort to the second view, and ask God for nothing (for yourself, at least), and never bother Him if you can help it, as He is always busy with something more urgent. This seems absurd to me. At the last supper, Jesus told His disciples that He didn’t call them His servants, but His friends. We know that we are Jesus’ disciples as well, called by the same God who called Peter, James, and John and the others, and we know that Jesus is, or should be, our best friend. But would a good friend only take time for you when your case was worse than anyone else’s, and otherwise urge you to keep quiet and leave him alone? And what about when Jesus said that even the sparrows have God’s attention?

This view primarily makes God out to be smaller and less powerful than He really is. I suppose it could be argued that God doesn’t technically have time for us; but fortunately, He doesn’t need time in order to work. He exists outside of time, so why should we consider His “time” too precious to be spent on us? And if God is a God of limitless ability and limitless “time”, and if He really wants to be our Friend, doesn’t it make sense that He takes an interest in everything about us?—even those things considered “trifles”?

I would argue that He does, and I think many great men of God would say the same. George Muller actually prayed before doing something as simple as sharpening his pen.

But now I had best cut myself short, as this article is already over a thousand words long. Next month we’ll continue this subject, as we consider what exactly effective prayer is. 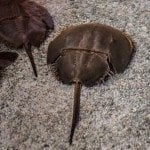 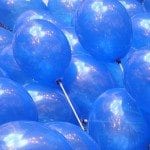