[Originally published as the second part of Faulty Speculations on the Pre-Flood World: Part 1]

Continued from Part 1: We here examine additional assertions made by Troy, a young earth creationist who has made some highly unorthodox claims about conditions before the Genesis flood relating to the speed of earth’s rotation at creation.

Troy then responded as follows:

Lisle: I never said otherwise. The equatorial circumference of the earth is closer to 24,900 miles, but that is not relevant to length of the day. Were you thinking that the 24 hours came from 24,000 miles? It doesn’t.

Lisle: What makes you think that? In any case, it is still wrong. You are still confusing a (solar) day with a sidereal day. With respect, you clearly do not know what a sidereal day is. When the word “day” is used without the prefix “sidereal,” it refers to a solar day, which is 24 hours. The Scriptures define a “day” either as the light portion of a day or as a full day-night cycle in Genesis 1:5. This is— by definition—a solar day, which is—by definition—24 hours long. The Scriptures never use sidereal days, only solar days.

Troy: Science and evidence has [sic] revealed that many things slow the spin of the earth. Such as asteroid impacts, volcanoes, earthquakes, tsunamis, and moon’s gravity.

Lisle: No. Volcanoes and earthquakes may cause an infinitesimal shift in earth’s distribution of mass, but they do not affect the angular momentum of earth, and so they don’t have any net effect on the rotation rate. Asteroid impacts transfer momentum, but it is infinitesimal and so they don’t produce any measurable change in the rotation rate.
[Moreover, statistically just as many asteroids would add angular momentum to earth as subtract it, leaving a net zero sum over time.]
The only significant effect on earth’s rotation rate is due to tidal forces from the moon. And over 6000 years, this effect adds up to less than a one-second difference in today’s length of day as compared to the days of the creation week. I have done this computation myself. Have you?

Troy: The earth’s 23 degree tilt was from asteroid impacts.

Lisle: No, it isn’t. Secularists believe that because the nebular hypothesis (the secular origins story of the solar system) requires all planets to be formed with zero tilt due to conservation of angular momentum. But biblical creationists reject such an unbiblical hypothesis. Any impact strong enough to tilt the earth by 23 degrees would vaporize the surface and destroy all life. The earth’s tilt is a design feature. The Lord created a tilted earth because this produces seasons, and it maximizes the habitable zones of the earth.

Aside: Notice that Troy gave absolutely no reason/evidence for his conjecture that the tilt of earth was caused by asteroid impacts. He may have heard this claim from a secular source and thought that it was based on evidence. It isn’t. It is based on the secular assumption that the solar system formed from a collapsing nebula, billions of years ago.
Also, notice that I did provide evidence that the earth was already tilted at creation because

Troy: Therefore, the earth spun faster in the past. Which means the duration of the earth was closer to 18 hours than 24 hours.

Lisle: No. (Where are you getting that number?)

Aside: Troy has made an enormous mistake in reasoning here. He begins with the premise that the earth rotated faster in the past (which is true, although it is less than a one-second difference from today), and then erroneously concludes that it must have been six hours faster in the past. But there is no logical connection between “faster” and “six hours faster.” Just because something is faster does not imply that it is six hours faster. If I win a race because I am faster than my opponents, it does not follow that I must have won by six hours!

The angular momentum transfer from earth to the moon over the course of 6000 years adds up to less than a one-second difference between today’s solar day and the solar days during the creation week. Secularists believe that earth’s rotation rate was much faster in the past because they believe the moon has been tidally slowing the earth for nearly 4.5 billion years.
Indeed, it would take more than a billion years of tidal dragging to slow the earth’s rotation by hours. But over 6000 years, the effect is less than one second of slowing. (Troy had mistakenly accepted the secular view of 18-20 hour days in earth’s past without realizing that this computation assumes 4.5 billion years for the age of the earth and moon.)

Lisle: It doesn’t mention e-mail or computers either. That’s because they had not been invented yet. I explained that previously, but perhaps you missed it. But since we now define an hour as 1/24th of a day, it follows (for those of us who embrace logical reasoning) that the creation days were 24 hours long.

Aside: The question Troy should have been asking is whether hours during the creation week would have been of the same duration as hours today. Of course, they are identical to within a tiny fraction of a percent. Moreover, Troy’s reasoning is self-refuting. The Bible never mentions a day being 18 or 20 hours long either, yet Troy insists that it was.
If the days before the flood were only 20 hours, then there would be 438 days in a year.  Hence, the calendar would be completely different. Yet, Moses uses the standard calendar to refer to days, months, and years for events both before the flood and after (e.g. Genesis 7:11, 8:4-5, 14). That would make no sense if the calendar changed so drastically.

Troy: You are thinking lunar recession is linear. It is not because of the inverse square law. It is parabolic recession.

Lisle: First, I was not thinking that lunar recession is linear; I am on record as affirming that the rate is inversely proportional to the sixth power of distance (see Taking Back Astronomy, p. 57). [Troy clearly has not done his homework on this issue.]
Second, lunar recession is due to dipole interactions. A dipole is an inverse cube relation. And since the dipole is both inducing tides and responding to them, the rate of recession is proportional to the inverse sixth power of distance.
Third, over six thousand years, the change in distance of the moon is only 750 feet, and the rotation of earth is slowed by less than 1 second per day. Because this is such a small change, the rate of change is actually well approximated by a linear interpolation over this region [as shown below].  Again, the mathematical details of lunar recession are on p. 57 of Taking Back Astronomy.

Troy: Since the invention of the 24 hour day did not start until the Egyptians, then why are you using it and why are the other young Earth creationists so dogmatic about a 24-hour day if it’s not even biblical?

Lisle: First, your question is like asking, “since the English language wasn’t invented until relatively recently, why do you use English to dogmatically talk about what happened during the creation week?”  Of course, the answer is that it is appropriate to use modern words and logic to describe what the Bible teaches. [Again, Troy’s reasoning is self-refuting because he is insisting dogmatically that the days were only 18-20 hours long when hours had not yet been invented].

Troy: “Asteroid impacts transfer momemtum, but it is infinetesimal and so they don’t produce any measurable change in the rotation rate.”[sic] Isaiah 24 and Revelation 16 disagrees with you.

Lisle: Hardly. Isaiah 24 and Revelation 16 do not mention “asteroids” nor do they mention any change in the rotation rate of the earth. (Did Troy think I wouldn’t check?)  The Hebrew word for “day” is only used in verses 21 and 22 of Isaiah 24, and neither verse gives the slightest hint that the length of the day is being altered. Likewise, the Greek word for “day” is only used in verse 14 of Revelation chapter 16, where it is used metaphorically to describe the “day of God.” There is not the slightest hint in this chapter that the length of a literal day has changed. Troy is adding to God’s Word in violation of Deuteronomy 4:2. That is not exegesis. It is eisegesis—reading into the text what is not there. 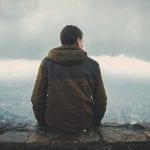 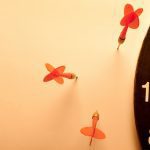