The human eye is a powerful organ with the ability of taking millions of snapshots, and sending those to the brain to be analyzed and interpreted. All of this happens in time to act or react almost instantaneously to a given situation.

Even still, we have been able to reach beyond certain functions of the eye through man-made optics which mimic our incredible design.

One example of advanced optics is the telescope. A simple design of mirrors and lenses, shaped and spaced correctly, gives us the ability to magnify objects, while capturing more light than our eyes are capable of.

Telescopes allow us to observe things quite far away-from faint stars and planets, even to the distant reaches of the Universe. A portion of sky, appearing to the naked eye to contain only a few stars, becomes a magnificent display of color and structure.

A speck of light floating across the sky is revealed to be a planetary system with symmetry, orbiting satellites, and spectacular rings. As technology continues to advance, our discoveries continue to amaze.

Join me in the upcoming weeks, as we discuss the art of astro-photography, and the combination of multiple optical devices to reveal things beyond the imagination. 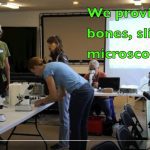 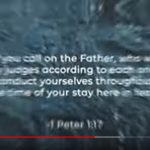