Secular scientists are always attempting to look for examples of evolution. Recently, much research has been done on bacteria in an effort to discover evolution in action.

One experiment on an E. coli bacterium was designed to force them to adapt or die. The goal was to determine how a bacterium would react under adverse conditions. Could the bacteria find a way to survive if placed in an unfavorable environment?

During the experiment they observed that the E. coli bacterium developed a new way of making molecular bolts called “disulfide bonds”—stiffening struts in proteins that also help the proteins fold into their proper, functional, three-dimensional shapes. This new method restarted the bacterium’s motor and enabled it to move toward food before it starved to death.

Naturally, evolutionists believe this is an example of evolution.

Another experiment was conducted to see how these mutant bacteria would react if alterations were made in the DNA that encodes the thioredoxin. The researchers wanted to see if an altered version of thioredoxin could be coerced to make disulfide bonds for other proteins in the bacteria.

They made random alterations in the DNA encoding thioredoxin in the mutated bacteria, in a process meant to simulate natural selection. The researchers then subjected thousands of these mutated, non-swimming bacteria to a test to see if they would survive.

The bacteria were placed on a dish of food where, once they had exhausted the food they could reach, they either had to repair the broken motor in their flagellum or starve.

A mutant bacterium, carrying only two amino acid changes in thioredoxin, restored its ability to move by repairing its mutated flagellum. The bacteria were able to use the altered thioredoxin protein, which normally destroys disulfide bonds, to make the disulfide bonds instead.

The altered thioredoxin was able to carry out disulfide bond formation in numerous other bacterial proteins by itself, without relying on any of the components of the natural disulfide bond pathway. The mutant bacteria managed to solve the problem and swim away from starvation.1

Evolutionists believe that this experiment provides strong support for evolution, however,

This is not what actually happened.

Escherichia coli (E. coli) is a bacterium species we have extensively studied. It is one of the smallest living creatures known, and yet carries DNA so complicated it could never have formed by chance—even if given billions of years to evolve. In spite of such scientific understanding, evolutionists teach that all of life, including this bacterium and every other living thing in our world, originated out of nothing and over the course of five billion years evolved by random chance.2

Examples of how bacteria adapt to their environment without mutations

A scientist focusing on Intelligent Design (ID) reviewed 12 new phenotypes, that is, outward expressions of genetic coding that previous experiments conducted on E. coli had revealed. This ID scientist categorized the known genetics producing each phenotype as either

what is called “functional coded elements,” including genes and gene promoters.

So, when a new experiment testing whether E. coli could develop the ability to digest citrate was successful, did it demonstrate bacterial DNA gaining code for something new?

If so, it would be the first in recorded biological history. If not, then it would be just another loss or modification of a pre-existing piece. In this experiment, the bacteria (both Cit+ and wild-type) already possessed a gene named citT. It encodes a protein that transports a range of citrate-like chemicals. The results showed that the bacteria made extra copies of the gene citT and a neighboring sequence, a process called “gene amplification.”

More copies of the gene should translate to higher amounts of the transporter protein that it encodes. With enough transporters, the bacteria could access enough citrate.

The problem is that oxygen deactivates the gene citT and having many copies of a gene that is turned off is not very useful. But the bacteria solved this problem of deactivating the gene citT when the amplification event also moved the gene sequence to a different place in the bacterial chromosome, where a different but pre-existing promoter could regulate it.

Unlike the original one, it appears that the new promoter does not have an “oxygen off” switching mode. Instead, it allowed expression of citT in the presence of oxygen so that the bacteria successfully imported enough citrate to grow.

So, the bacteria solved the problem of accessing an alternative food source by generating extra copies of the critical gene and by placing those copies under the control of an appropriate promoter. This does not resemble natural, undirected Darwinian evolution. This mechanism did not develop new functional coded elements; instead, it merely modified pre-existing elements. Therefore, not only did the Cit+ bacteria not evolve as evolutionary theory stipulates, but they demonstrated how ingenious these preexisting DNA rearrangement mechanisms actually are.3

It was known previously that bacteria could digest different types of sugars, including the most common kind, called glucose, as well as another, much less common sugar, called lactose, which is found in milk. When bacteria were grown in the presence of glucose, they could not use lactose. Only in the absence of glucose and the presence of lactose could they digest the milk sugar. When glucose was missing, the bacteria made proteins that could pull lactose into the cell and metabolize it, but when no lactose was around, the bacteria did not make those proteins. This made great biological sense, since in normal conditions the bacterium would waste energy if it manufactured proteins that could metabolize only a rarely encountered sugar. The interesting question was, how did the bacteria “know” when to switch on the genes for making the proteins?

Some evolutionary researchers have discovered a defective mutant bacterium that made lactose-using proteins all the time, even in the absence of lactose. It was lacking a control mechanism. These scientists reasoned that the bacteria contained another, hidden protein, which they called a “repressor.” They surmised that the repressor would ordinarily bind to a specific sequence of DNA near the genes that generated the lactose-using proteins, switching them off. In the presence of lactose, the milk sugar would bind to the repressor itself, changing the protein’s shape enough to make it fall off the DNA, switching back on the previously blocked genes. These evolutionary researchers correctly concluded that the mutant bacteria had a broken repressor. This research indicates that there really is not much new information being presented, at least in terms of explaining how evolution can proceed past adaptation to create new information.

Starvation is frequently a state that bacteria have to endure. In order to survive, they need to have special adaptive capabilities. Both adaptive mutation and antagonistic pleiotropy (AP) come into play. (Antagonistic pleiotropy is when an existing system is traded for an altered phenotype that is better suited to survive the specific stressful environment. Pleiotropy is the phenomenon of one gene being responsible for or affecting more than one phenotypic characteristic.)

A number of research experiments using E-coli and other bacteria have been conducted to determine how bacteria would react to various conditions. Each of the mutant strains had an AP characteristic.

Such trade-offs provide a temporary benefit to the bacterium, thus increasing its chances of surviving specific starvation conditions. However, these mutations do not account for the origin of the silenced genes, as their prior existence is essential for the mutation to be beneficial.

Bacteria have remarkable capabilities to mutate and survive as we see with antibiotic resistance. But these capabilities do not apply to multi-celled organisms as a whole nor do they provide a genetic mechanism that accounts for the origin of biological systems or functions. Rather, they require the prior existence of the targeted cellular systems.

It must be pointed out that all of the known mechanisms have a limited ability to make new cellular structures.

Or any other processes currently known have not been able to explain how bacteria develop new cellular structures. The experiments that provide insight into the adaption of bacteria to their food supply, but have failed to demonstrate a mechanism for evolution.

Bacteria are a different domain of life and they have remarkable capabilities, but these mechanisms could not largely apply to higher organisms. The adaptability of bacteria to starvation does not begin to reveal a mechanism for macroevolution.

Currently, there is no mechanism known to explain life or its macro evolutionary path.4

Al has always been interested in how the universe and life on Earth originated leading him to research whether they could be explained by natural causes. Eventually he concluded they could not have originated without a Creator. As a result he wrote a book comparing the arguments so that anyone else struggling with what to believe would not have to unnecessarily spend years researching. He holds a Bachelor’s Degree from Eastern University in Pennsylvania. His book, “Evolution or Creation? A Comparison of the Arguments” (third edition) is available at most online bookstores. 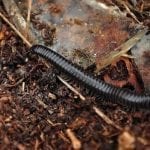