To fully answer that question, we need to define the word science.

The intellectual and practical activity encompassing the systematic study of the structure and behaviour of the physical and natural world through observation and experiment. ~Oxford Dictionaries

Let’s say a researcher or scientist wants to gain knowledge in some field.

Scientists need to work together to make sure the entire process of experiments and results are done correctly. This is real science.

Back to the original question: Are evolutionary scientists unscientific?

Answer: many times they are.

Sometimes their firm belief in evolution messes up their science.

Here is an example. A few years ago National Geographic magazine showed an article about finding very old human footprints as well as other animal tracks under several layers of rock. These human and animal tracks were hardened into volcanic ash and mud that was laid down during a volcanic eruption. The tracks of modern guinea fowl, giraffes, elephants, ostriches, and man were clearly visible.

The researcher that discovered the tracks and footprints wanted to show people a picture of what the scene looked like, so he hired an artist to paint a picture. The researcher carefully instructed the artist to paint the animals as the tracks would indicate, but as far as the modern human footprints, he wanted the picture to represent a ape-like creature walking upright.

The artist did what he was instructed to do and the picture showed the modern animals walking and making tracks and two ape-like creatures walking upright making modern human footprints.

Yes, the same footprints you would make as you walk along the beach barefooted.

If the researcher did not hold to a belief in evolution he would have instructed the artist to paint modern humans because the footprints were clearly modern human. But because of his belief, he had the artist paint ape-like creatures. The researcher’s belief messed up his science, and his interpretation of what he found became very unscientific.

Another example of evolutionary science as unscientific is the geologic column.

The geologic column is supposed to show fossils of simple life forms in deeper rock layers and of more evolved animals in rock layers closer to the surface. Textbooks and websites show detailed pictures of where fossils should be found in the rock layers and thus show with certainty how the evolution of animals happened.

This supposed column was made up by Charles Lyell in the early 1800s. But as other scientists found thousands of fossils since that time, it was discovered that the geologic column was wrong. All types of fossils from starfish to mammals have been found in all layers of rock.

Does the evolution scientific community discard the geologic column as outdated and proven wrong? No, you can still find it in many textbooks and websites as accurate scientific information.

I say that is very unscientific.

Scientific claims about events that happened in the past, or historical science, are based on beliefs. They cannot be built on observationally testable experimentation that true science demands.

Many times people lie because they want to remove a Creator God from the picture. Sometimes a scientist believes so strongly in evolution that he will assemble evidence not according to the context but based only on his belief. Again, not very scientific.

How do we handle information about the past?

We know for certain that if there is a claim about the natural world that goes against God’s Word, that claim is wrong. God was there at the beginning, and through the Holy Spirit, inspired godly men to write down what happened.

Like creationists’ assumptions, evolution is a belief, not science.  A belief based on faith in the people that proclaim it to be true.

You alone are the Lord.  You made the heavens, even the highest heavens, and all their starry host, the earth and all that is on it, the seas and all that is in them.  You give life to everything, and the multitudes of heaven worship you. Nehemiah 9:6 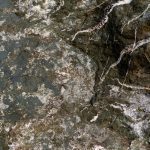