The secret cult of Mithraism was a religious order that was practiced by many in the Roman world.

The religion was spread across the Mediterranean by the Cilician pirates, and worship centers were incorporated into Roman cities. In 2007, I was able to photograph a remarkably preserved representation of the mystery god in the Vatican Museum in Rome.

Examination of the sculpture reveals the important role astrological symbolism played in this pagan practice.

Mithra, wearing a cape and a Phrygian cap, is considered a god of the sun. He is on the back of the bull, representing the astrological sign Taurus. His dagger pierces the side of Taurus while Canis the dog laps up the blood. Scorpio and Hydra can be seen as well.

Other popular representations depict Mithra flanked by the moon and stars. Still today, people worship and look to the sun, moon, and signs of the Zodiac for direction.

Astrology proposes that celestial bodies influence human destiny. The pagans of old looked to the heavens for wisdom — while looking right past the One who created the heavens.

By the word of the LORD were the heavens made; and all the host of them by the breath of his mouth. Psalms 33:6 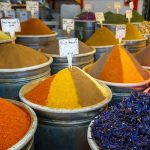 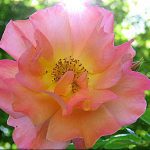