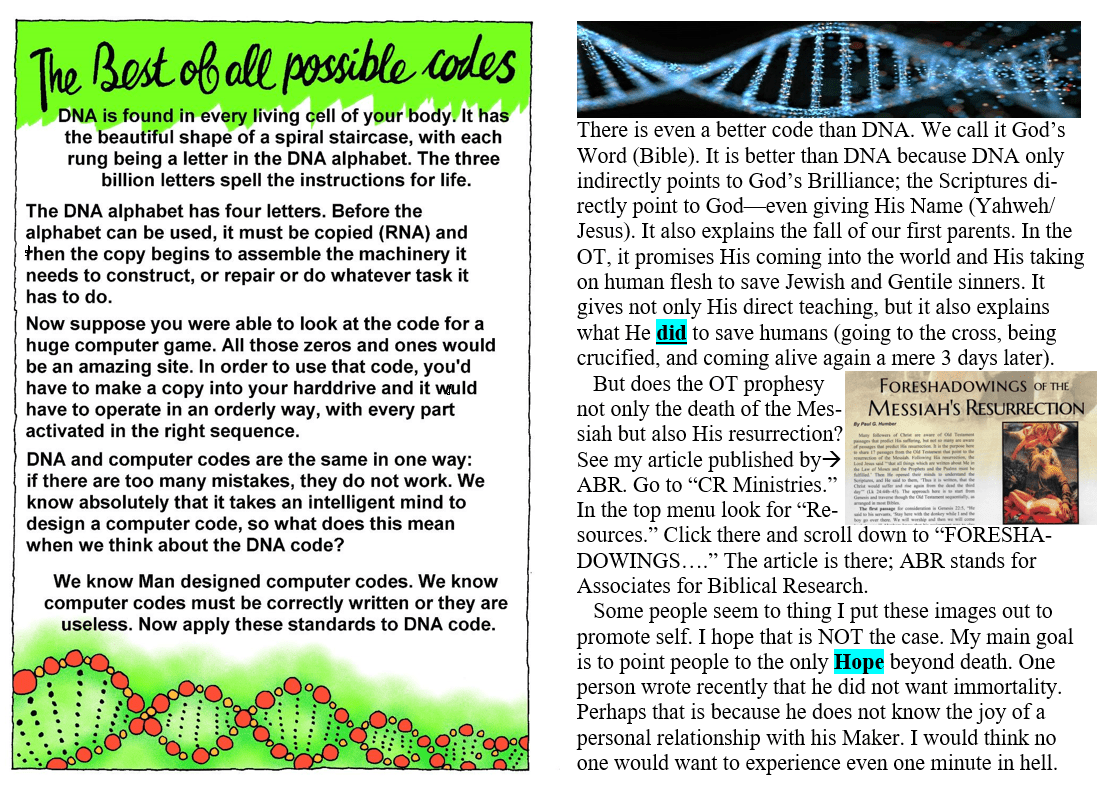 The Best of all possible codes

DNA is found in every living cell of your body. It has the beautiful shape of a spiral staircase, with each rung being a letter in the DNA alphabet. The three billion letters spell the instructions for life.

The DNA alphabet has four letters. Before the alphabet can be used it must be copied (RNA) and then the copy begins to assemble the machinery it needs to construct or repair—or do whatever task it has to do.

Now, suppose you were able to look at the code for a huge computer game. All those zeros and ones would be an amazing sight. In order to use that code, you’d have to make a copy into your hard drive and it would have to operate in an orderly way with every part activated in the right sequence.

DNA and computer codes are the same in one way: if there are too many mistakes, they do not work. We know absolutely that it takes an intelligent mind to design a computer code, so what does this mean when we think about the DNA code?

We know man designed computer codes. We know computer codes must be correctly written or they are useless. Now, apply these standards to DNA code.

There is an even better code than DNA

We call it God’s Word, the Bible. It is better than DNA because DNA only indirectly points to God’s brilliance; the Scriptures directly point to God—even giving us his name, Yahweh/Jesus. It also explains the fall of our first parents. In the Old Testament, it promises his coming into the world and his take on of human flesh to save Jewish and Gentile sinners.

It gives not only his direct teaching, but it also explains what he did to save humans

Some people seem to think I put these images out to promote myself. I hope this is not the case. My main goal is to point people to the only hope beyond death.

One person wrote recently that he did not want immortality. Perhaps this is because he does not know the joy of a personal relationship with his Maker. I would think no one would want to experience even one minute in hell. 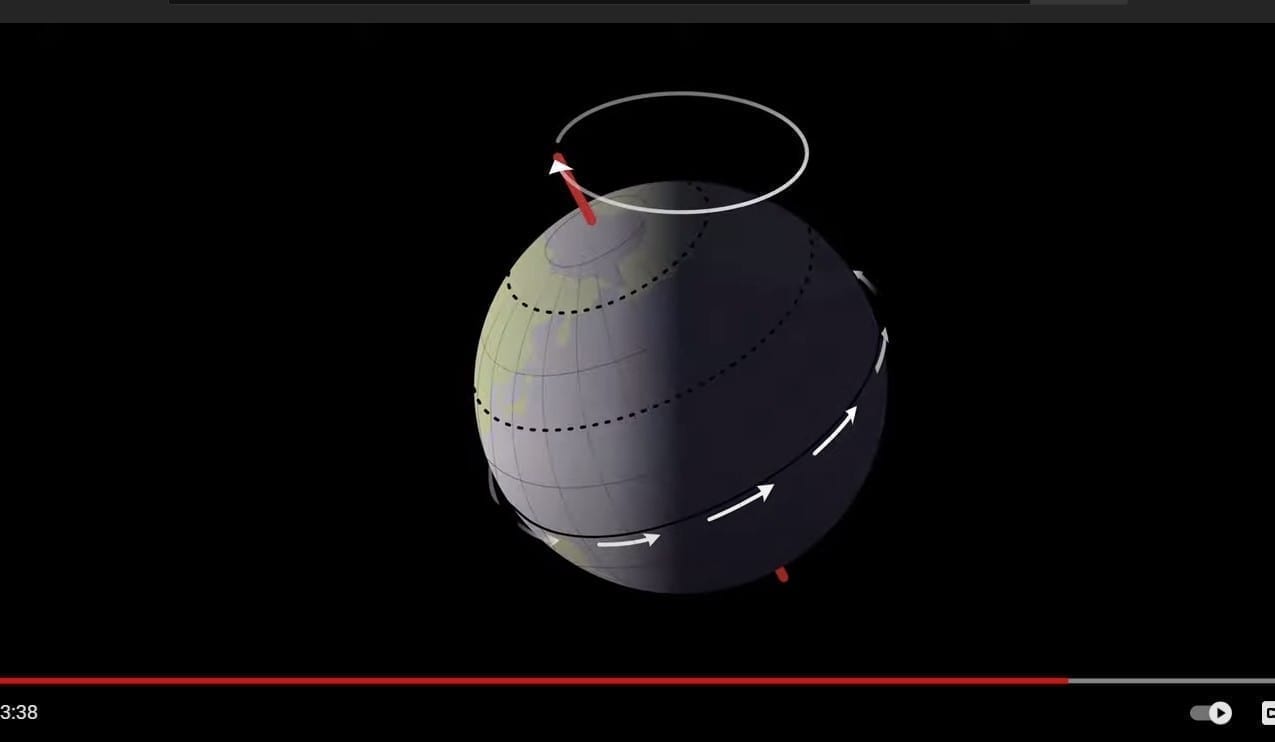 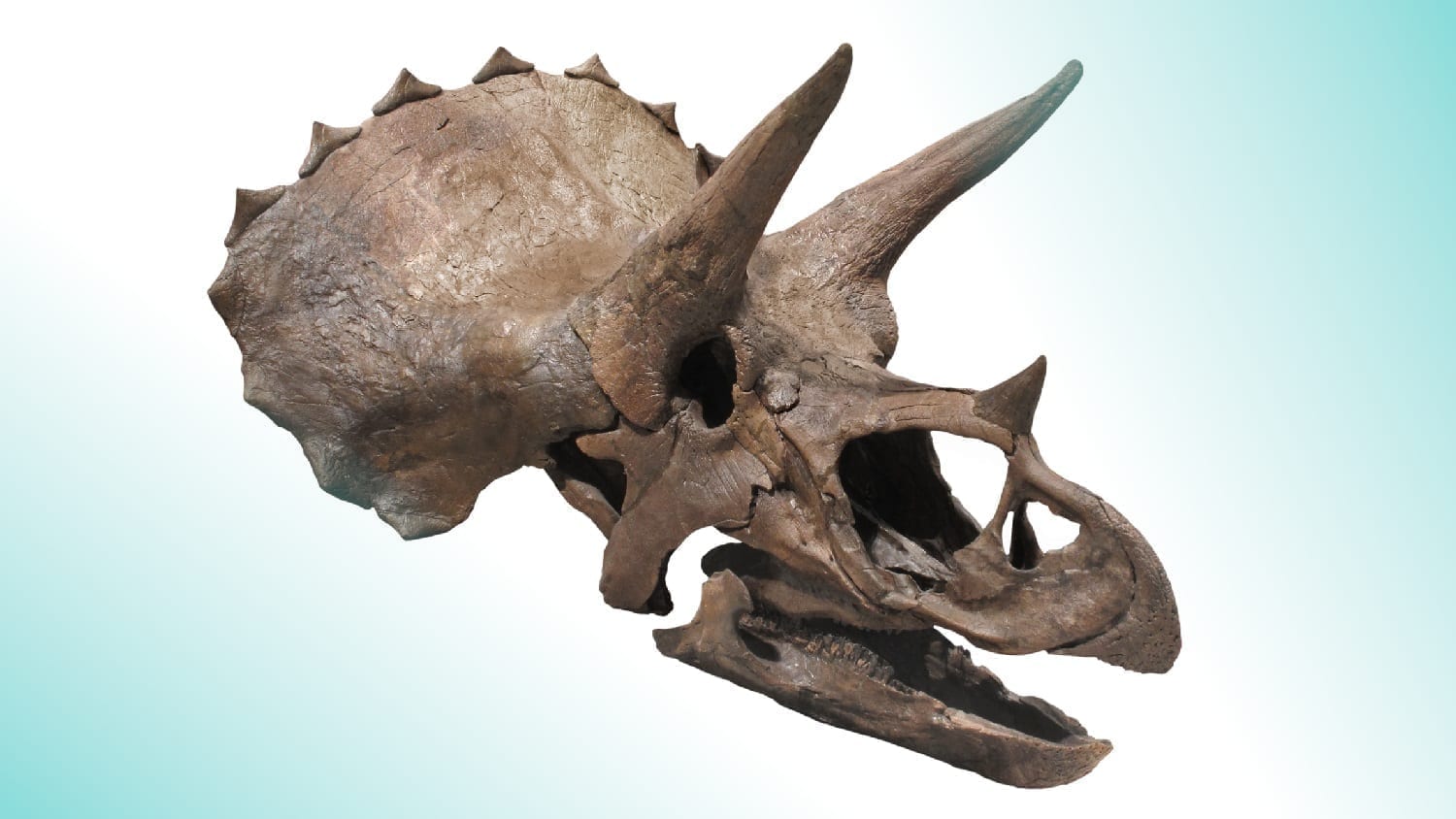