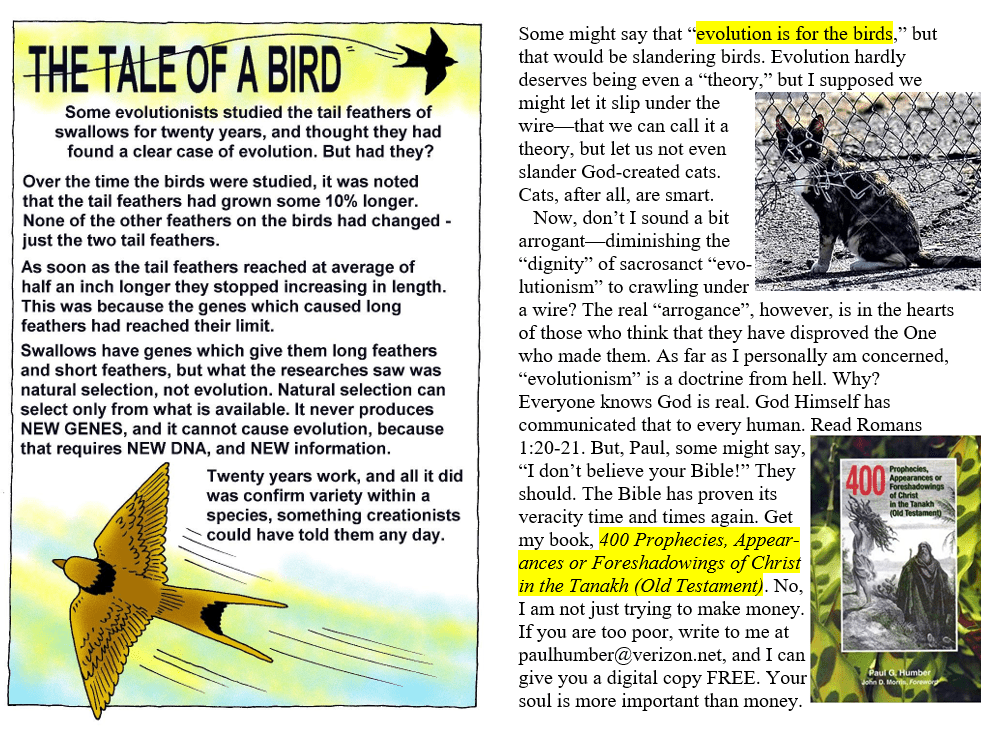 The Tale of a Bird

Some evolutionists studied the tail feathers of swallows for 20 years, and thought they had found a clear case of evolution.

Over the time the birds were studied, it was noted that the tail feathers had grown some 10% longer. None of the other feathers on the birds had changed—just the two tail feathers.

As soon as the tail feathers reached an average of half an inch longer, they stopped increasing in length. This was because the genes which caused long feathers had reached their limit.

Swallows have genes which give them long feathers and short feathers, but what the researchers saw was natural selection, not evolution. Natural selection can select only from what is available. It never produces new genes, and it cannot cause evolution, because that requires new DNA, and new information.

Twenty years work, and all it did was confirm variety within a species, something creationists could have told them any day.

Some might say that “evolution is for the birds,” but that would be slandering birds. Evolution hardly deserves being even a “theory,” but I suppose we might let it slip under the wire—that we can call it a theory, but let us not even slander God-created cats. Cats, after all, are smart.

Now, don’t I sound a bit arrogant—diminishing the “dignity” of sacrosanct “evolutionism” to crawling under a wire? The real “arrogance,” however, is in the hearts of those who think that they have disproved the One who made them.

As far as I personally am concerned, “evolutionism” is a doctrine from hell. Why?

Everyone knows God is real. God himself has communicated that to every human. Read Romans 1:20-21.

But, Paul, some might say, “I don’t believe your Bible!” They should. The Bible has proven its veracity time and time again. 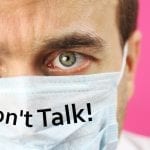