The earth is a designer planet.

Consider some of the factors needed for life on planet earth:

Small size changes in either direction would make life impossible.

The moon’s size is significant compared to the size of the earth. This results in our satellite having a strong gravitational pull on the earth. This promotes life on earth by cleansing coastal seawaters and replenishing essential nutrients through tidal activity.

The planets in the solar system have elliptical orbits. The eccentricity of earth’s orbit is slight; the points at which it is nearest to and farthest from the sun differ by only less than two percent from the mean. This is necessary for a relatively narrow temperature range for the planet. The earth’s seasonal weather patterns are principally due to the 23.5-degree tilt of the earth, not the eccentricity of its orbit.

The ozone layer around the earth helps to shield it. Although the concentration of the ozone is small, only two to eight parts per million, it is critically important to life because it absorbs biologically harmful ultraviolet (UV) radiation coming from the sun.

Life on earth depends upon water, so earth cannot be too close or too far from the sun. Astronomers estimate that if the earth were two percent closer to or farther from the sun, water across the planet would all evaporate or freeze.

Water is one of the rare substances that enlarges when frozen. It expands by ten percent in solid form so that ice floats on top of liquid water. In winter, rivers and lakes freeze from the top down. If ice did not float, rivers and lakes would freeze from the bottom up, and all the bodies of water would become solid ice. Marine life as we know it would not exist on such a frozen orb.

Earth has the greatest density of any planet in the solar system, with a sizable nickel-iron core that is responsible for the planet’s magnetic field. This magnetic field holds in place what is known as the Van Allen belt, which protects the earth from solar radiation bombardment. Life would not be possible on earth without the Van Allen belt shielding.

Jupiter’s mass and location in the solar system is a factor in collecting or deflecting a portion of the comets that orbit around the sun. Without Jupiter in its current position, life on earth would be impossible due to the larger number of comets that would be colliding with earth. It is estimated that there would be as many as 10,000 times more earth-comet collisions without Jupiter’s protective location.

Scripture tells us, “The heavens declare the glory of God; and the firmament shows His handiwork” (Psalm 19:1). In the same way that a finely made precision timepiece shows the skill, care, planning, and fine craftsmanship of its maker, the incredibly fine exactness, balance, and wisdom evident in the design of planet earth declares the greatness of its Maker. 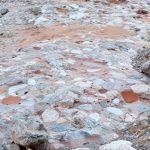