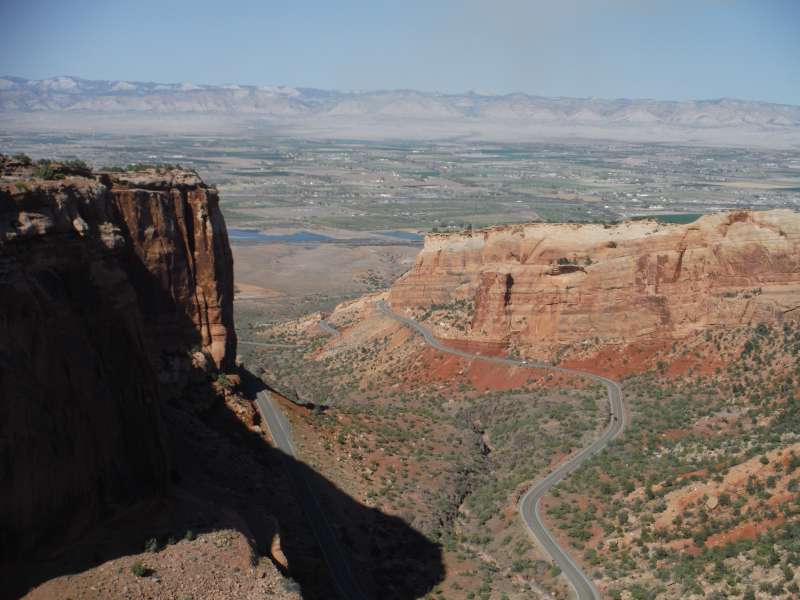 I drew in a sharp breath and held on tightly as we suddenly rounded a narrow curve and I got a good look down the steep edge at the spectacular, sharp rocks far below us.    The chilly wind rushed through the open car window, playing with my hair as I tried to capture the ornate landscape at Colorado National Monument near Grand Junction, on the western side of the state.   While traveling in Colorado several weeks ago, I enjoyed getting to see some especially magnificent geology, including towering mountains, balanced boulders, tilted layers, dramatic cliffs, quiet valleys, climbing canyons, and serene lakes.

The Monument was one of the most interesting places we got to see. The main scenic drive spirals dramatically up through the beautiful network of canyons, displaying a plethora of interesting rock formations.  There are a few different theories of how these formations got there.  Because of the relative sequence of rock layers and the historical account of the global flood in the Bible (many cultures around the world have legends of a great flood like this), I believe pretty much all of the layers exposed here were deposited during this flood.  How some of the canyons got carved and other structures formed is definitely more ambiguous.  There’s some pretty convincing evidence that this area was part of a large lake that formed at the end of and shortly after the flood, which later broke through its dam and catastrophically drained.

I enjoyed seeing the cross-bedded sections of sandstone up close.   These features are best explained as being formed during the global flood mentioned in the Bible.  Many geologists would tell you that these cross-bedded layers, with their zigzagged, lens-shaped patterns were formed by sand dunes as they migrated.  They would say that these sand dunes formed because the Western United States was once covered by a vast “erg” – that is, a large region covered in deep, pure sand, like the Sahara Desert.

Yet, cross-bedding like this can also be caused by sandbars and waves under water.  One of the main differences we can observe between desert and underwater cross-bedding today is that desert cross beds tend to be

underwater cross-bedding significantly larger than we see today would not be very surprising at all. The rock formation between two of these theoretically erg-formed cross-bedded formations also shows cross-bedding, but is considered to be formed from underwater dunes.  This would mean there were dry sand dunes, then a lake, then sand dunes again after that, all in the same place.   I think it makes more sense to interpret all three cross-bedded formations as having formed underwater during the global flood.

Read more about Colorado geology and the amazing Colorado National Monument in our “Clue of the Week” next week! 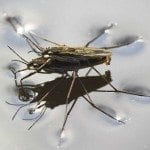 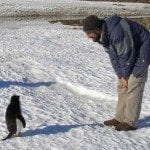