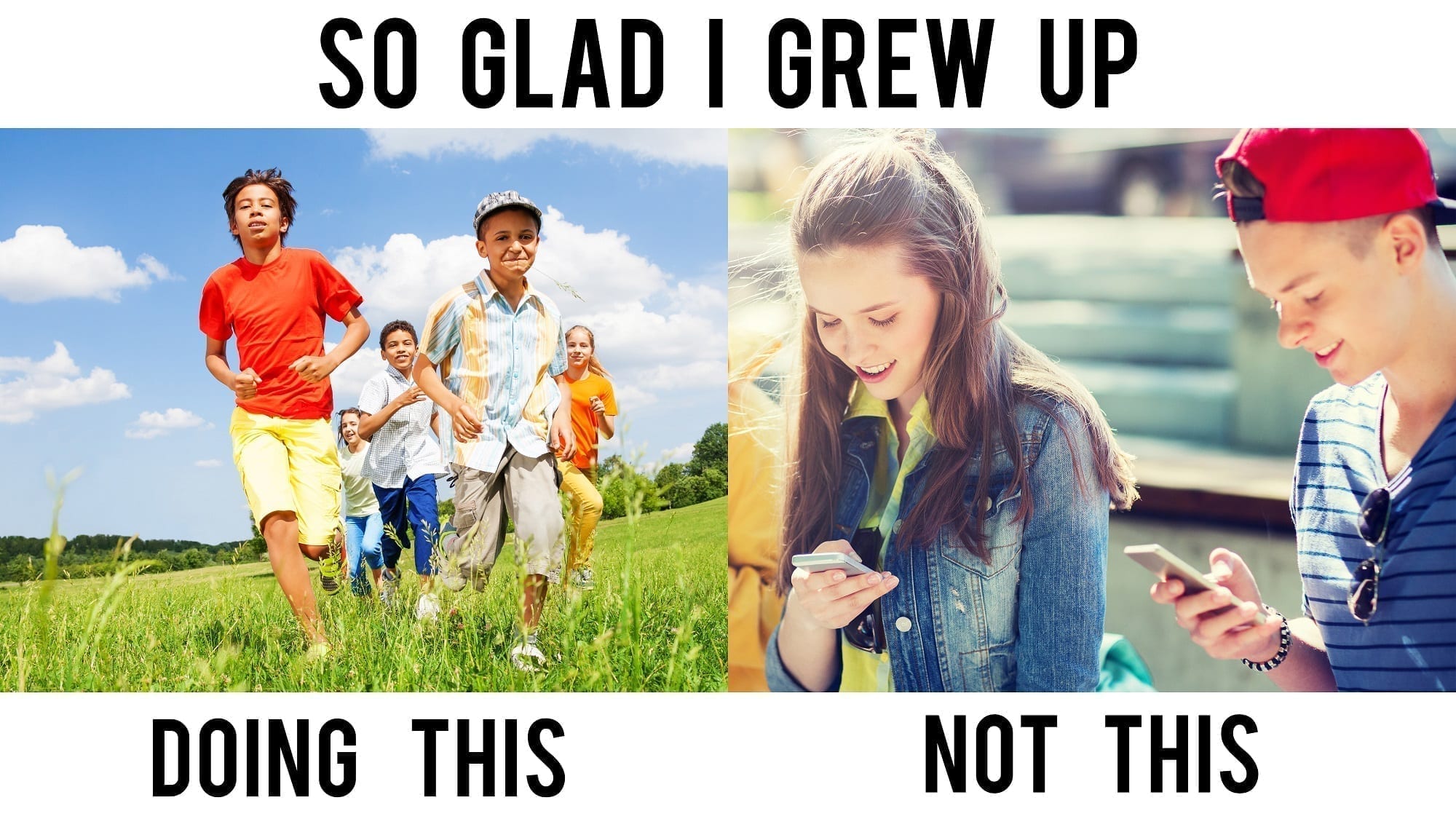 My favorite is the one that shows dirty children with wild hair playing in mud, streams, riding bikes and what have you. It sadly announces that they (the posters of said memes) are so glad they grew up that way, instead of with the technological opportunities our poor children/grandchildren have.

We all dreamed of the things our offspring have in their pockets, their schools, their faces. I did not know a single child growing up back in the day who said, “Gee, I hope we never advance in the future. I sure hope our children will be as BORED as we are right now! What a shame it would be if we actually created the things we only dream of as impossibilities now!”

So, for those of us who are honest enough to admit we idolized all things geek…

Elon Musk has famously posited that we are not in ‘base reality’ but inside of a simulation. In this clip, he is asked whether he has ever thought about this question. His answer, “…A LOT!…” My answer, “Who hasn’t?!” Why was The Matrix such a popular movie, do you suppose?

I’ll be honest (in the hopes I’m not alone here); how many nights have I crawled into bed after a harrowing day and desperately gasped out, “End program!” “Stop. Escape?” “KILL ALREADY!” before falling into an exhausted sleep.

While amusing, there is something compelling about the idea of reality not being as we percieve. What is it that makes it so attractive?

I think some of the reasons are as follows:

If we really are in some giant and rather well-designed simulation, there can be no real negative consequences for our worst behaviors. After all, games aren’t reality – they don’t matter, do they? I do believe most people intuitively understand this. So whatever you would like to pretend is good – even if your standard of good is only ‘that which is not bad, that is to say, not wrong’, has now become allowable. Rape? Fine – it’s not real anyway! Wanna mass murder anyone you happen to run into during the course of a day? Why not? Might as well fund it all with a lifestyle of theft as well. Drugs? Why you’d want them in a sim I couldn’t imagine (couldn’t we figure out better ways to ‘feel’ that way without them?) but hey, go right ahead. Hurt some children? Blow up other nations? Where does it end? It doesn’t. Because by removing accountability, we remove restraint.

Which leads us right into point five: fear. Fear of what?

Firstly, of course, fear of the Almighty Holy One, the G-D of all creation. Even, by extension, the G-D of any civilization’s best simulations. Let’s go back to Mr. Musk again.

At the 3:43 mark, we hear, “..We should hope that’s true [the idea of being in a sim]…if civilization stops advancing, maybe there’s some calamitous event that erases civilization. So maybe we should be hopeful that this is a simulation because…otherwise…”, he rubs his chin in thoughtful (what appears to me) concern, “either we’re going to create simulations that are indistinguishable from reality or civilization will cease to exist. Those are the two options.”

Those are the two options.

I submit, it is because option number two is a certainty. The Holy Bible speaks quite clearly of the time when civilization will indeed cease to exist. That happens with the sure coming of our Creator, Yeshua HaMashiac (Jesus the Christ/Messiah) on the day of his judgement. He is coming as The conquering King above all kings. He is coming as the Judge and the rewarder of all of our inmost secret thoughts, our words and our deeds. He is coming because there are consequences to our lives, whether we be in a civilization or a simulation.

Mr. Musk says the chances of us being in base reality is “one in billions chance”. Here’s the thing with reality. Being, after all, real, it’s actually 100%. In reality, there is a 100% reality of being in reality. In other words, there is no chance at all that real can be anything other than itself. Remember how I asked you to get real with me?

This same Yeshua I spoke of as King has already been here. He came last time as our atoning sacrifice. He came that we need not fear Him when He comes as Judge. He came to build for Himself a royal court, to rule with Him in His coming kingdom. You can be a part of that with 100% certainty. Submit to Him now; don’t drown in fear and confusion, desperately seeking soothing lies, no matter the ‘probability’ figures thrown about. If we are in a sim indistinguishable from reality, won’t the fact of everyone being players in and of itself wreck civilization? We will not be saved by escaping into fantasy. The only hope for mankind’s salvation is recorded in the Holy Bible.

I challenge you to get a copy and read the answers for yourself.

AC exists as a living demonstration of the following verses from the Holy Bible:
1 Corinthians 1:27 "..but G-d hath chosen the foolish things of the world to confound the wise; and G-d hath chosen the weak things of the world to confound the things which are mighty;"
James 1:5 "If any of you lack wisdom, let him ask of G-d, that giveth to all men liberally, and upbraideth not; and it shall be given him." 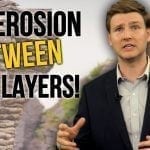 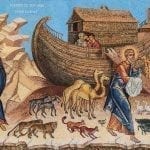