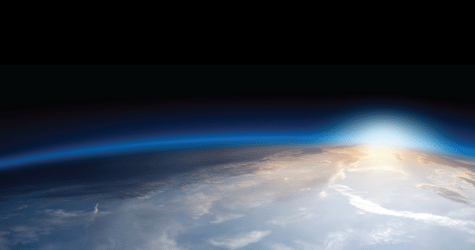 Common Sense, Miracles, and the Apparent Age of the Earth

To many people, the Earth looks extremely old—not hundreds or thousands of years old, but millions or billions of years old. When these individuals hear a creationist talk about a “young Earth” that is only a few thousand years old, they may wonder how someone could hold such a view. “How can anyone look at Earth and think it was created less than 10,000 years ago?” Aside from their reliance on faulty (and often contradictory) assumption-based radiometric dating methods, evolutionists simply believe the Earth looks exceedingly old. The Earth’s rocks, hills, canyons, and mountains leave them with the impression that the Earth has been around for billions of years.

One must first recognize that evolutionary theory demands an old Earth. As evolutionist Michael Le Page acknowledged in 2008: “A young Earth would…be a problem for evolution, since evolution by natural selection requires vast stretches of time—‘deep time’—as Darwin realized” (198[2652]:26, emp. added). He went on to admit forthrightly that one of the main “sorts of findings…that could have falsified evolution…is a young Earth” (p. 26). If it is the case that a young Earth would be a lethal blow to evolutionary theory, it should come as no surprise that evolutionists cannot help but see the Earth as being billions of years old. Even if they did not always have “old-Earth impressions,” the man-made theory of evolution demands such an interpretation of our planet, else the entire theory of evolution would have to be abandoned. [NOTE: Evolution should be abandoned anyway since it is impossible—whether the Earth is young or old. What’s more, many dating methods exist that point to a young Earth (see Humphreys, 2005).]

How does anyone actually know what a billion-year-old Earth looks like? Older humans can be identified accurately as “old” (1) because their actual birthdates can be known (i.e, people witnessed their births and gave them birth certificates), and (2) possibly because their appearance can be compared to both older and younger people. The same can be said for animals and plants. People can know exactly when various animals were born or when a tree was planted. But what about the Earth as a whole? No one was alive when this or any other planet was “born.” No one was present on Earth to see the first rock formed, hill raised, or canyon created. How can anyone reasonably say, “The Earth looks billions of years old”? Old compared to what?

APPARENT AGE AND THE GREAT CATASTROPHE

People who contend that the Earth appears billions of years old must also discount the very real possibility that one or more great catastrophes could have occurred in the past to drastically change the appearance of the Earth. Many have witnessed how earthquakes, local floods, volcanoes, etc. have radically altered the looks of certain places on Earth (e.g., Mt. St. Helens and Spirit Lake). Consider how a tree that has been struck by lightning or damaged during a flood might appear much older than it is. Newly formed igneous rocks from volcanoes often appear old. A person in his twenties who is badly burned may appear as if he is much older—perhaps two or three times his real age. In truth, Christians rightly interpret the Earth based upon the fact that only a few thousand years ago, God supernaturally altered the Earth’s appearance forever by causing “all the fountains of the great deep” to break up and the “windows of heaven” to open, bringing rain “on the Earth for forty days and forty nights” (Genesis 7:11-12; cf. Psalm 104:6-8). Most of the oil, coal beds, fossil graveyards, etc. in the Earth, which many contend are evidence of an old Earth, can be easily and rationally explained as a result of the worldwide Flood of Noah’s day (Genesis 6-8; see Whitcomb and Morris, 1961). In short, even if it could be proven that “the Earth looks very old,” evolutionists cannot rationally deny that such apparent age could be the result of one or more great catastrophes.

The fact that the Earth appeared older than it actually was at Creation is perfectly logical in light of the nature of God’s miracles. When Jesus miraculously turned water to wine, He did not plant a vine, wait for the grapes to grow over the course of several years, and then harvest them. He supernaturally by-passed this normal, time-laden process and instantaneously made an extremely tasty drink (John 2:1-10). When Jesus fed several thousand men, women, and children with only five loaves of bread and two fish (Matthew 14:13-21), He did not make the large amounts of bread needed to feed this many people after planting a crop of wheat, waiting months for it to grow, and then harvesting, threshing, grinding, and baking it. Again, Jesus by-passed a lengthy, natural process and miraculously created bread. Similarly, God made the creation full-grown. He made “the fruit tree” (Genesis 1:11), not just a seed that would eventually grow into a fruit-bearing tree. He created “every winged bird” (Genesis 1:21), not eggs from which birds would hatch months later. He created a grown man capable of walking, talking, working, and procreating (Genesis 1:26-2:25). God miraculously made a mature Creation.

Certainly one of the most amazing, time-defying, mature miracles of God’s Creation was the creation of the heavenly bodies on day four. God had previously made light (intrinsic light) on day one of Creation; on day four He made the generators of light. [NOTE: Keep in mind that “the Father of lights” (James 1:17), Who is “light” (1 John 1:5), could easily create light without first having to create the Sun. Just as God could produce a fruit-bearing tree on day three without a seed, He could produce light supernaturally on day one without the “usual” light bearers.] Since light travels nearly six trillion miles per year, and since some stars are an estimated 15 billion light years away, evolutionists assume that the Universe must be at least 15 billion years old. Otherwise, how could we see the light from stars that are so far away?

Once again, the answer (or at least a major part of the answer) to this supposed conundrum goes back to the fact that God worked an amazing miracle at Creation. When God created the heavenly bodies (the generators of light) on day four of Creation, He simultaneously (and supernaturally!) made their light to appear on Earth. Light that might naturally take long amounts of time to reach Earth, miraculously reached Earth in an instant. Just as God had said on day one, “‘Let there be light’…and there was light” (Genesis 1:3), on day four He said, “Let there be lights in the firmament of the heavens…. And it was so” (1:14,15). These lights were created to “give light on the earth” (1:15,17) and to “divide the day from the night” (1:14,18). God also “set them in the firmament of the heavens…for signs and seasons, and for days and years” (1:17,14, emp. added). God had a purpose for creating the heavenly bodies, and He made them so that man benefitted from them without having to wait long periods of time for their light to reach Earth.

Starlight did not have to travel for 15 billion years before reaching Earth. When God made Adam and Eve two days after His creation of the heavenly bodies, the first couple immediately profited from God’s miraculous creation of starlight. The first couple did not sleep under starless skies for years waiting for light from distant stars to reach Earth. God spoke the stars and their light rays into existence. Similar to how God created full-grown trees in one day (which if cut down may have had dozens or hundreds of visible tree rings), God made light from far-away stars appear instantly. Indeed, considering the nature of God’s miracles at Creation, a star that might “appear” to be extremely old, is actually only a few thousand years old. [NOTE: It is beyond the purview of this article to answer every quibble about starlight and time. Plausible, creation-friendly explanations regarding fluctuations in light from stars, the formation of supernovas, etc. have been offered by various scientists (see Norman and Setterfield, 1987; Humphreys, 1994). Evolutionary physicist João Magueijo (2003) has even proposed that the speed of light is not a constant.]

The fact that the Earth and Universe may appear much older than it is in no way bolsters the case for evolution. In truth, Scripture reveals that both the miracle of a mature Creation and the cataclysmic Flood are adequate explanations for a perceived “old Earth.” 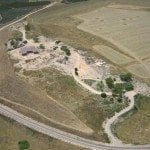 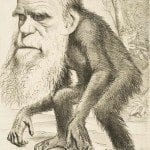