[Originally published as the first part of Faulty Speculations on the Pre-Flood World: Part 2]

Previously, we examined some unusual claims made by Troy, who asserted that the days before the global flood were four to six hours shorter than days today. We found that Troy gave no biblical or quantitative scientific evidence to support his claim.

Furthermore, Troy had made a number of scientifically unsupportable claims: that volcanoes, earthquakes, asteroid impacts, and lunar recession were what caused the earth to switch from an 18-20-hour day to our current 24-hour day (he had confused a solar day with a 23-hour 56-minute sidereal day) during the flood year. But, volcanoes and earthquakes cannot significantly affect the length of a day due to the conservation of angular momentum.

Today we will examine Troy’s claims that asteroid impacts and/or lunar recession have reduced earth’s rotation period by 4-6 hours per day since creation. In responding to me, Troy stated the following:

Troy: You say asteroids cannot alter the spin of the Earth.

Lisle: This is a straw-man fallacy – a misrepresentation of my position.  I did not say that asteroids “cannot alter the spin of the earth.”  Rather, I stated, “Asteroid impacts transfer momentum, but it is infinitesimal and so they don’t produce any measurable change in the rotation rate.”  That is, the asteroids that have actually impacted the earth have far too little momentum to significantly affect the rotation rate of earth on the biblical timescale.

But I never said it “cannot” happen in principle.  It’s just that any asteroid impact powerful enough to affect earth’s rotation significantly within the biblical timescale would deliver so much energy that the surface of earth would be vaporized, as I will show below.  So, we know this has not happened on earth since the creation of life.  Secularists believe that the earth was struck by massive asteroids nearly 4.5 billion years ago before life supposedly evolved and that these did indeed reduce earth’s primitive crust to magma.  But this is not consistent with the biblical account.

Troy: However, many disagree with you. [Troy linked to a secular article on the tilt of the planet Uranus.]

Lisle: This is a continuation of Troy’s straw-man fallacy. First, his referenced article is about Uranus, not Earth. Second, the article is secular, not biblical.

Secularists cannot easily explain why most of the planets in our solar system are tilted relative to the ecliptic because they assume the secular nebular collapse model. So, they appeal to imagined massive asteroid impacts. Conversely, biblical creationists recognize the tilt of the earth as a design feature, and the tilt of the other planets exhibits God’s creativity.

Third, (as will be demonstrated below) such impacts (on earth) would vaporize earth’s oceans completely and liquify the crust. Secularists believe this happened on earth before the oceans formed and before life evolved. It could not have happened since then because it would destroy all life. And I am not aware of any Ph.D. physicists who would disagree with that.

Lisle: This is another straw-man fallacy that includes a mixture of truth and error. Let’s separate them.

Do “many contend” that the tilt of the earth was from asteroid impacts? Yes — secularists believe this happened billions of years ago, vaporizing the primate surface of the earth before life supposedly evolved. But no one holds to Troy’s view, that this happened within the biblical timeline and somehow managed not to wipe out all life. Biblical creation physicists rightly recognize earth’s tilt as a design feature. Troy has accepted a secular view apparently without realizing that it requires the secular timeline.

Do I “admit that asteroid impacts slow the spin of the earth?” No.

First, (as I will demonstrate below) any asteroid impacts capable of substantially changing earth’s rotation rate (which is what Troy needs to explain his supposed 18-20-hour day) would produce sufficient heat to destroy all life on the surface. Since this has not happened, we must conclude that such an event has not transpired.

Second, asteroid impacts are just as likely to add angular momentum to earth over time as they are to reduce it. So, the net sum over time should be close to zero. Therefore, asteroid impacts cannot have significantly altered earth’s rotation rate since the creation week.

Do I admit that “the moon has slowed the earth?” Yes — by 0.105 seconds per day since creation — not by 4-6 hours per day! Troy has imagined that this effect is enormous on the biblical timescale, but the math shows that it isn’t, as I will demonstrate below.

Troy: You just disagree on the amounts of those changes. You say they are all infinitesimal.

Lisle: Yes, because I have done the math and Troy has not. Any asteroid impact large enough to alter earth’s rotation axis by more than 0.13 degrees would have more than enough energy to completely vaporize all of earth’s oceans, as we calculated in the previous article. That would obviously destroy all aquatic life. And since all aquatic life hasn’t been destroyed, we can conclude that no asteroid that large has impacted earth since Day 5 of the creation week. Certainly, it did not happen during the flood or there would have been no water for the flood.

What about the slowing of earth’s rotation due to lunar recession?  Let’s do the math.

Here, R1 is the current distance between the earth and moon, and R0 was the distance at creation. So ΔR  = R1 – R0, and we already found in the previous article that ΔR = 751 feet (229 m). We can use the binomial theorem to expand the right-hand term, truncating the higher-order terms. This results in the following:

But how small quantitatively?

So, yes, the days were shorter during the creation week — by one-tenth of a second! When we do our homework, we can see that lunar recession over ~6000 years does slow earth’s rotation, but only by a tiny amount. For Troy’s claims to be substantiated, lunar recession would have to be 137,000 times stronger than it actually is.

Could an asteroid impact slow earth’s rotation rate by four hours per day?

Since L = Iω, an asteroid reducing earth’s rotation period by four hours would result in a reduction of earth’s angular momentum from 8.46×1033 kg m2/s down to its current value of 7.05×1033 kg m2/s, a difference of 1.41×1033 kg m2/s. Interestingly, that is almost exactly half the angular momentum needed to tilt the earth’s rotation by 23 degrees (as computed in the previous article). Since momentum is linearly proportional to velocity, and since energy is proportional to the square of velocity, the minimum energy of the asteroid impact would be one fourth (1/2 squared) of that necessary to tilt the earth by 23 degrees, which we computed previously.

Thus, an asteroid impact sufficient to slow earth’s rotation by four hours per day would release a minimum energy of 2.7×1031 joules, the equivalent of six hundred billion hydrogen bombs. From our previous computation, this is enough energy to completely vaporize earth’s oceans 7,500 times!

Hence, any asteroid impact sufficient to reduce earth’s rotation period by four hours would destroy all life on the surface. Therefore, this has not happened since the creation of life.

So, again, it is easy for people who don’t know physics or mathematics to make sweeping qualitative claims. But it is necessary to know something about physics and mathematics to evaluate whether such claims are quantitatively possible.  his is why new scientific models are published in peer-reviewed literature where they can be vetted by people with education in the relevant field. 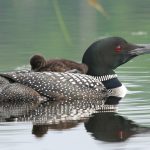