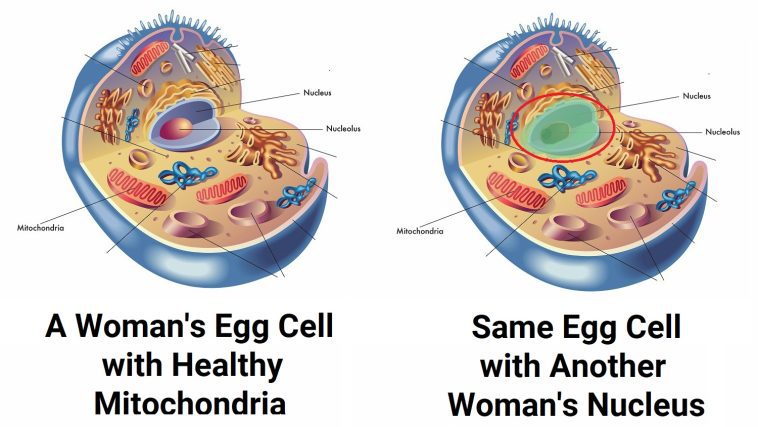 Modern medicine can do a lot of amazing things these days. Diseases that used to be a death sentence are now not only treatable, but sometimes even curable. Because of the marvels of modern medicine, I have been able to benefit from the company and wisdom of my parents for many more years than I would have if I had been born but a generation ago. However, there are times I wonder whether we should be doing some of the things that modern medicine makes possible. An article I recently read in the journal Science brought that question to my mind once again.

The article describes the work of Dr. John Zhang, the medical director at New Hope Fertility Center in New York, New York. He was working with a couple who had lost two children to Leigh Syndrome, a rare genetic disease that affects the nervous system. While there are different forms of this disease, some of those forms are the result of the mother’s DNA alone. The father’s genes don’t play a role at all.

How is that possible? Most of the cells in your body hold DNA in two different places. The nucleus of the cell contains most of its DNA, which is called nuclear DNA. Half of that DNA comes from your mother, and the other half comes from your father. However, there is a small amount of DNA stored in the cell’s mitochondria, which produce most of the energy that the cell needs to survive. They are represented by the red, peanut-shaped structures in the illustration at the top of the post. This DNA is called mitochondrial DNA, and you get it only from your mother. As a result, any genetic disease that is produced by mitochondrial DNA is inherited solely from your mother.

This fact allowed Dr. Zhang to produce a baby that is mostly the biological child of the couple with whom he was working, but the baby is also partly the child of a second woman, who served as a donor of healthy mitochondrial DNA.

The basic procedure that Dr. Zhang used is illustrated at the top of this post. The donor provided egg cells. Those cells, of course, held her DNA in its nucleus and in its mitochondria. Zhang then removed the nucleus of that cell and replaced it with a nucleus from the mother who wanted to give birth to the child. The resulting cell had the nuclear DNA of the mother but the mitochondrial DNA of the donor. Because it contained the donor’s mitochondrial DNA, there was no risk of Leigh Syndrome for the child produced from the egg cell. This process was done on 5 egg cells, which were all fertilized with the father’s sperm.

One of the fertilized eggs did not develop, but four of them did. When they were examined, three of them were genetically abnormal. They didn’t have the correct number of chromosomes. However, one fertilized egg was genetically normal, so it was transferred to the mother, who carried the baby to term. The baby was delivered, and according to the abstract of a paper that Dr. Zhang is presenting at a conference: The baby was currently 3 months old and doing well.

Assuming that Dr. Zhang is telling the truth, this baby boy truly has three parents. Like any other child, his father’s DNA makes up half of his nuclear DNA, and his mother’s DNA makes up the other half of his nuclear DNA. However, the child has another person’s DNA as well. His mitochondrial DNA is not from his mother or his father. It is from the donor. In actuality, however, the boy does seem to have some of his mother’s mitochondrial DNA. According to the abstract of Dr. Zhang’s talk, about 2% of the mitochondrial DNA collected from the baby’s tissues right after birth was from the mother, not the donor.

I really don’t understand this.

I realize that people want to have children. However, couples can have children these days even if they aren’t able to get pregnant. My wife and I have a daughter who has no biological relationship to us whatsoever. We adopted her as a teen, but she is my little girl in every way. It doesn’t matter that she didn’t “come from” us. As a result, I have a hard time relating to the couple in this story. Why would this couple go to such much effort, expense, and moral ambiguity to have a child that is biologically related to them? I have never had biological children, but I cannot imagine loving any child more than I love my little girl.

I don’t think this kind of procedure should be done.

The fact that the child has DNA from three parents isn’t the issue for me, however. If we don’t understand the relationship between nuclear DNA and mitochondrial DNA, it might become an issue. But for right now, the big problem I have with it is the initial results of the procedure. There were a total of five fertilized eggs. One of them was unable to develop, so it might never have been a human life. However, four of them were able to develop into the blastocyst stage.

From a scientific point of view, then, they were all human lives. Three of them were discarded, however, because they had the wrong number of chromosomes. As far as I am concerned, then, at least three human lives were snuffed out so that this couple could have a child that is biologically related to them.

I just don’t see how that is justifiable. What do you think? 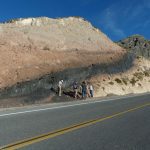