[Originally published as One Way To See How Special Earth Is]

Thirty-five years ago, Dr. Theodore P. Snow wrote a book entitled Essentials of the Dynamic Universe. On page 434 of the 1984 edition, he summed up the obvious consequence of the idea that earth was formed as a result of natural processes without any need for Divine intervention:

We believe that the earth and the other planets are a natural by-product of the formation of the sun, and we have evidence that some of the essential ingredients for life were present on the earth from the time it formed. Similar conditions must have been met countless times in the history of the universe, and will occur countless more times in the future.

In other words, there is nothing special about the earth; it is one of many planets that harbor life. The more we learn about the universe, the more we should realize just how mediocre the earth is.

Since Dr. Snow penned those words, almost 4,000 exoplanets (planets outside our solar system) have been discovered. How many of them are similar to earth?

The most reasonable answer, based on what we know right now, is zero.

Why? Well, let’s consider one and only one factor: whether or not the planet is in the habitable zone of its star. That’s the distance from the star which allows the planet to get enough energy to stay warm enough to support life as we know it.

Out of nearly 4,000 exoplanets, how many are within the habitable zone? With the recent discovery of a planet charmingly known as “GJ 357 d,” the number of planets that might possibly qualify is 53. If we are conservative in our estimate, the number drops to 19, but let’s be as optimistic as possible. Out of nearly 4,000 exoplanets, only 55 (as of September 4, 2019) might possibly be in the habitable zone.

What do I mean when I say “might possibly be in the habitable zone?”

There are a few factors that influence a planet’s temperature, and the distance from its star is only one of those factors. Another important issue is the planet’s atmosphere. With the right mix and right amount of greenhouse gases, a planet that is a bit far from its star could be in the habitable zone, because even though it gets only a little energy from its star, its atmosphere holds onto that energy really well.

In fact, that’s why GJ 357 d might possibly be in the habitable zone. It gets about as much energy from its star as Mars does from the sun, but it is massive enough to hold on to a pretty thick atmosphere. It’s possible that the atmosphere could make up for its distance from the sun, so astronomers say it is possibly at the “outer edge” of the star’s habitable zone.

Now think about that for a moment. If we consider only one factor necessary for a planet to sustain life (being in the habitable zone of a star), just over 1% might possibly have it.

Of course, there are lots of other factors necessary for life as we know it. A life-sustaining planet must also have an abundance of water, the right mixture of non-greenhouse gases in its atmosphere, the right mix of chemicals in its crust to provide nutrition to organisms, a shield from both ultraviolet rays and cosmic rays that come from the star around which it orbits, a reasonable speed of rotation around its axis, etc., etc.

The earth has all these things, but a survey of nearly 4,000 exoplanets shows that just over 1% have only one of those things. What’s the chance that one of those planets has everything else it needs to support life?

The most reasonable answer based on what we know is zero.

Despite what naturalists expect (and most still want to believe), it is clear that the earth is a very, very special planet. One might be so bold as to say that it is the Privileged Planet. 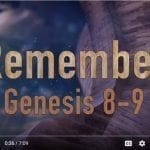 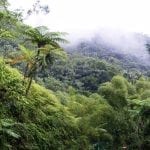