Shalom (Peace) be with you all! I pray that you are all doing well and YHVH will show you the purpose that He has planned for your life. What I am going to write about is the theory that YHVH (God) could have used evolution to create the world. Whether it is the “Gap theory”, “Catastrophist Theory”, etc. there has been this thought among many religious organizations that because of all the so-called “scientific evidence” which supposedly “proves” that the universe has to be over 14 billion years old (Wait, didn´t they say before that it was 10 Billion years old, or 5 Billion, or 1 Billion, or 500 million, etc…?), and that because of this supposed “evidence” there has to be a way that it fits in the Bible. Now, why is that?

Simply put, it is because we (believers) have stopped studying what HE says in HIS Word and have decided to listen to what man says. We have allowed the youth to be taught by scientists instead of God, and since many Religious leaders do not have a problem with believing that the earth is billions of years old, we have had this worldview change from one that was “Scriptura Sola (Scripture alone)” to one that is ever-changing and rearranging. Instead of the parents teaching the children how to live and walk their lives they have allowed man to take and mold them to what they think is best because it is easier for the parent (and for this new generation, it´s just how they were taught). Instead of studying the Scriptures for what it really says, we allow the pastor to tell us what he thinks it says, and just let it be that way without ever testing it with Scripture.

While the Scripture Says:

Sadly, because of this there is a worldview which is contrary to what the Scriptures say. A world that believes that we can do what we want, however we want, and that there are no repercussions for the bad things (sin) we do. That all we have to do is say the “Sinner´s Prayer” one Sunday and we´re good for all eternity. I don´t know about you, but I think our Just and Righteous Elohim (God) might disagree!

Now, since I know there are people that need scientific proof, here are a wide range of articles to read. I don´t agree with everything that they say, but I think you will find it interesting to say the least, and it really gives a better insight on whether or not YHVH could have used evolution to make the world:

Could God Have Created in Six Days?

Irreconcilable Differences Between Creation and Evolution

Do you know what the most interesting thing about this is? It is the fact that the Scriptures talk about this very thing going on. While I was looking for some verses on creation for this article, I came across this most interesting passage, and it blew my mind!

Romans 1:20-32
20 For since the creation of the world His invisible qualities have been clearly seen, being understood from what has been made, both His everlasting power and Mightiness, for them to be without excuse,
21 because, although they knew Elohim, they did not esteem Him as Elohim (God), nor gave thanks, but became vain in their reasonings, and their undiscerning heart was darkened.
22 Claiming to be wise, they became fools
23 and changed the esteem of the incorruptible Elohim into the likeness of an image of corruptible man, and of birds and of four-footed beasts and of reptiles.
24 Therefore Elohim gave them up to uncleanness in the lust of their hearts, to disrespect their bodies among themselves,
25 who changed the truth of Elohim into the falsehood, and worshipped and served what was created rather than the Creator, who is blessed forever. Amĕn.
26 Because of this Elohim gave them over to degrading passions. For even their women exchanged natural relations for what is against nature,
27 and likewise, the men also, having left natural relations with woman, burned in their lust for one another, men with men committing indecency, and receiving back the reward which was due for their straying.
28 And even as they did not think it worthwhile to possess the knowledge of Elohim, Elohim gave them over to a worthless mind, to do what is improper,
29 having been filled with all unrighteousness, whoring, wickedness, greed, evil; filled with envy, murder, fighting, deceit, evil habits; whisperers,
30 slanderers, haters of Elohim, insolent, proud, boasters, devisers of evils, disobedient to parents,
31 without discernment, covenant breakers, unloving, unforgiving, ruthless;
32 who, though they know the righteousness of Elohim, that those who practice such deserve death, not only do the same but also approve of those who practice them.

Isn´t that incredible! Even since the beginning man has been trying to be smarter than HIM and wise in their own eyes. They have been attempting to prove that their reasonings are true instead of YHVH. And because of these sins, now we have things like homosexuality, abortions, violence, etc. And see what it says in verse 32… Even those that APPROVE of it deserve death! Not just those that do it, but those that condone it and say, “Well, people can do what they want with their lives, and I shouldn´t try to interfere with it.” But according to the Scriptures you are in the same group as the ones who do it! Even King David knew that people were foolish to believe that there was no God:

Psalms 53:1
The fool has said in his heart, “There is no Elohim (God).” They have done corruptly, and they have done abominable unrighteousness; No one does good.

We need to return to the Scriptures, because truly YHVH (God) is WAY smarter than we are! He knew that because man stopped following Him that these things would happen. That is why He tried to warn us many, many times to come back to His ways and paths. But sadly, many will not because they are just too twisted in their ways. Like a nail that bends when hit too hard it is near impossible to take out and fix, particularly when it is nailed in hard wood, so is a person who has been taught since a young age to think that the earth was billions of years old. We, as believers, need to take back what YHVH gave us… our MINDS and HEARTS. And for the parents, you need to stop allowing others to teach your children how they should think and start training your children the way they should walk (Proverbs 22:6- YHVH´s ways!). That is the only way to prevent what we see today; a world that is full of lawless, sinful people that allow others to tell them what to think, do, and believe as if they were robots without a mind of their own. Because that is sadly what it has become. Our youth are being taught to do what they want with their lives instead of what YHVH wants for their lives. It is truly a degrading of a culture, and we are truly in the days of Noah and Sodom and Gomorrah!

We must return! We must repent! We need to ask and plead YHVH for forgiveness for our foolishness in even thinking that our ways could be better than His ways, because they aren´t. They never have been, nor will they ever be!

2 Chronicles 7:14
If my people, which are called by my name, shall humble themselves, and pray, and seek my face, and turn from their wicked ways; then will I hear from heaven, and will forgive their sin, and will heal their land.

May we truly return to Him before it is too late!!!

Until next time…
Shalom! 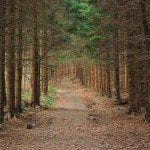