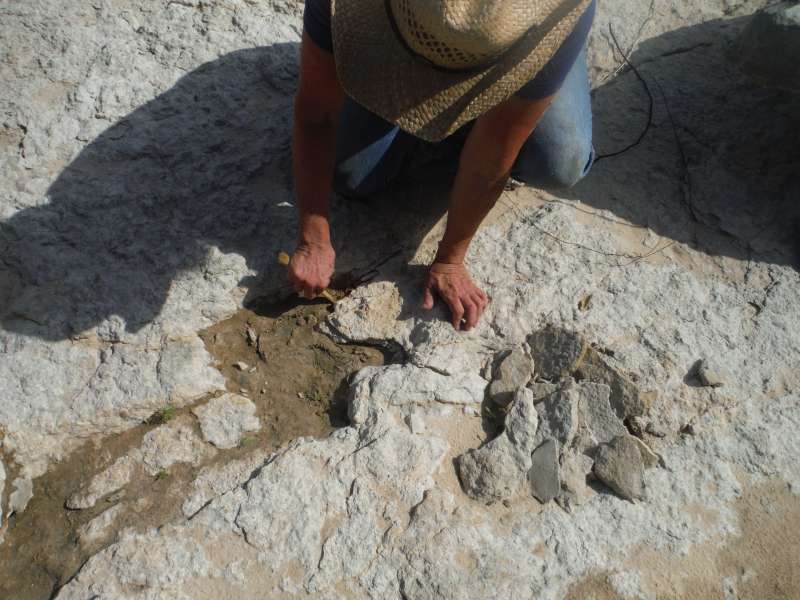 A Volunteer working on one of the mud-filled tracks in Glen Rose, Texas. Photo Copyright Sara J. Bruegel, June 2015

Flood Debris caught in a tree on the banks of the Paluxy River. Photo copyright Sara J. Bruegel, taken June 2015

The warm, summer morning on the picturesque muddy banks of the gently rolling river was a stark contrast to the roaring torrent that had flooded the same river just a few weeks before leaving large pieces of debris caught in tree branches dangling above my head.  Kneeling down on the puddle-laden river bank, I scooped away some of the mud to reveal a large dip in the hard limestone beneath.  But, this wasn’t just any hole in the ground . . .  it was a footprint – a dinosaur footprint, turned into a fossil!

Earlier this week, I got to go see and make replicas of some of the dinosaur footprints on the banks of the Paluxy River in Glen Rose, Texas.  It was probably one of the muddiest, hottest, and most humid experiences I’ve had in paleontology (so far) but it’s also one of my favorite experiences.  Although I’d read about and seen pictures of this trail before, seeing the real footprint fossils in the field is something I’ve been wanting to do for quite a while. Getting to look at these footprints right where they are buried made me realize just how extensive and diverse the Paluxy River trails are – in one of the trails I “followed” it looks like the dinosaur turned around.

While I was there, our team created molds of two of the footprints so that we can make replicas (casts) of the fossils.  While we were working on these footprints in a lower layer, another layer of limestone formed a nice ledge a couple of feet above it that worked fairly well as a built-in bench when necessary.    The interesting thing about this ledge is that there are very similar dinosaur footprint fossils on both layers that are probably from an Acrocanthosaurus, which is a type of “Theropod”, like T-rex or Allosaurus (more about this topic here).  This is interesting because the footprints are preserved in limestone, a rock that conventional geology will tell you is made of dead things building up in an ocean over a very long period of time, so the rock between these two similar layers of footprints supposedly would have taken at least several hundred thousand years to form.  I don’t know about you, but I find it hard to believe that there could be so much time between two such similar trails in the same place.

Just like recent, local flood filled in many of the exposed tracks with fresh mud, I think it makes a lot more sense to believe that these footprints were originally buried and preserved in a flood – the global flood mentioned in the Bible.  Locals mentioned seeing a wall of water when the 2015 flood happened in Glen Rose.  Imagine what it would have looked like when an Acrocanthosaurus dinosaur ran through this part of Glen Rose, making footprints in the mud as he tried to escape from a disastrous wall of water in the global flood a little more than four thousand year ago.  His footprints soon would have been covered by the floodwaters and turned into stone.

Perhaps you think you might be able to relate to this dinosaur – maybe you feel like you’re barely ahead of the flood, trying to run from a disaster and keep getting your feet stuck in the mud.   This Acrocanthosaurus didn’t make it through the flood, and in the long run, you’re not going to be able to make it either if you’re depending only on your own strength.  Remember that Jesus offers a much lighter burden than any other burden we could bear when we enter into His rest.

“Come unto me, all ye that labour and are heavy laden, and I will give you rest. Take my yoke upon you, and learn of me; for I am meek and lowly in heart: and ye shall find rest unto your souls. For my yoke is easy, and my burden is light.” ~ Matthew 11:28-30

“But I will hope continually, and will yet praise thee more and more. My mouth shall shew forth thy righteousness and thy salvation all the day; for I know not the numbers thereof.  I will go in the strength of the Lord GOD: I will make mention of Thy righteousness, even of Thine only.” ~ Psalm 71:14-16 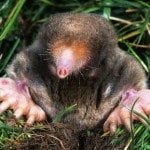 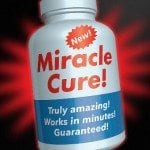