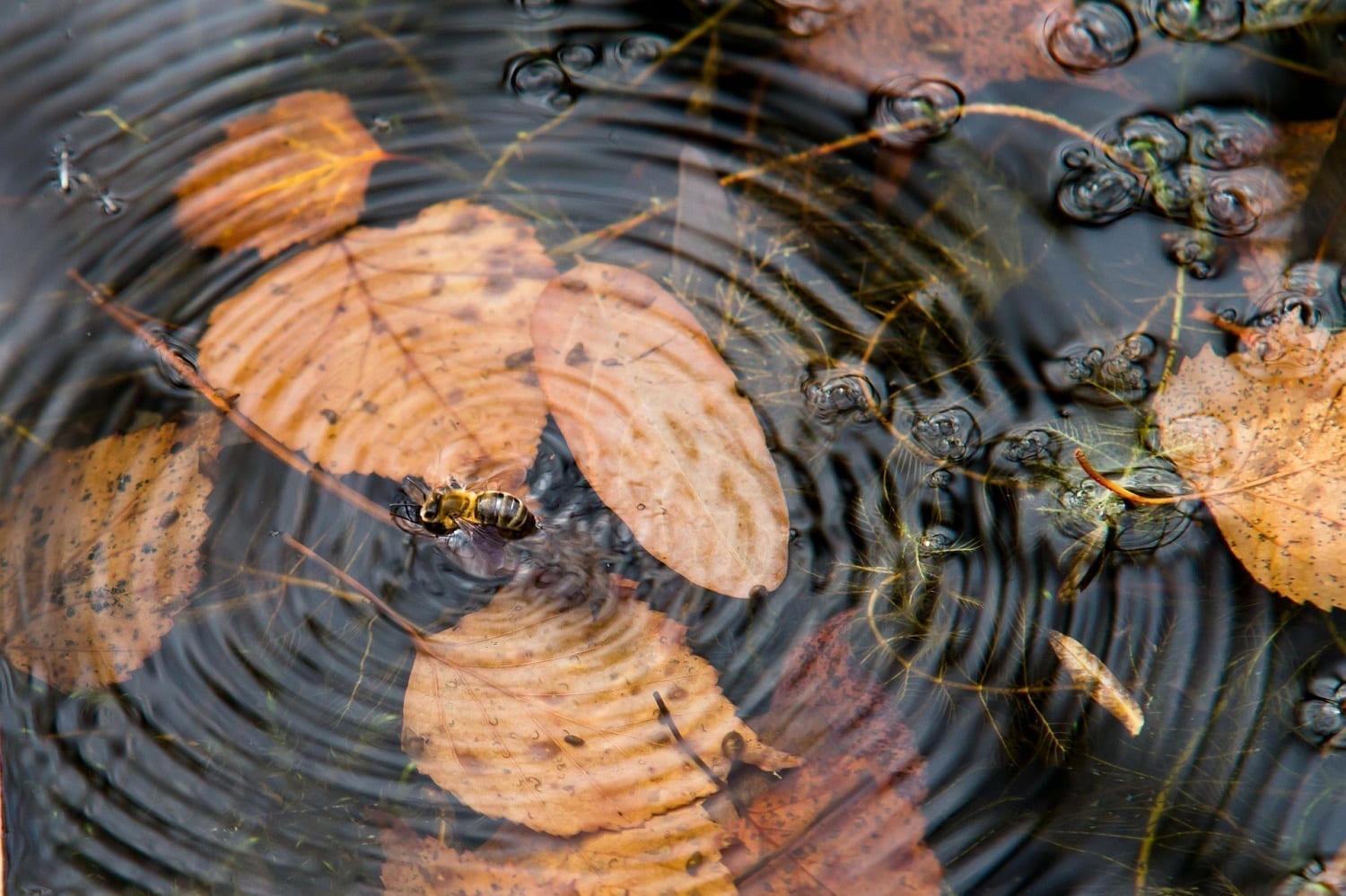 When Stuck in Water, Bees Create a Wave and Hydrofoil on Top of It

When a bee lands on water, the water sticks to its wings, robbing it of the ability to fly. However, that stickiness allows the bee to drag water, creating waves that propel it forward. In the lab, Roh and Gharib noted that the generated wave pattern is symmetrical from left to right.

A strong, large-amplitude wave with an interference pattern is generated in the water at the rear of the bee, while the surface in front of the bee lacks the large wave and interference:

“The motion of the bee’s wings creates a wave that its body is able to ride forward,” Gharib says. “It hydrofoils, or surfs, toward safety.”

Roh and Gharib, who work in Caltech’s Center for Autonomous Systems and Technologies (CAST), have already started applying their findings to their robotics research, developing a small robot that uses a similar motion to navigate the surface of water. Though labor-intensive, the motion could one day be used to generate robots capable of both flying and swimming.
https://www.sciencedaily.com/releases/2019/11/191119105551.htm

The flight navigation strategy of moths can be used to develop programs that help drones to navigate unfamiliar environments, report researchers. To understand how real moths plan their route, the researchers mounted eight hawk moths (Mantuca sexta) on metal rods connected to a torque meter. In front of each moth they projected a moving forest scene created from beams of light for the moth to navigate.

They captured data from the moth flight and built a mathematical model to describe the moth trajectory through the virtual forest. The flight data were translated into a decision-making program that could be used to control a drone.
https://www.sciencedaily.com/releases/2020/01/200109141009.htm

Sounds of Mosquito Mating Rituals Could Lead to Quieter Drones

Mosquitoes flap their wings not just to stay aloft but for two other critical purposes:

researchers at Johns Hopkins University have discovered. Their findings about the aerodynamics of mosquito wings could have implications for building quieter drones.

His team’s research shows that ” everything about mosquitoes seems perfectly adapted (Read “designed.”) for accomplishing this sound-based communication.” “Thus,” the paper states, “understanding the strategies and adaptations [read “design features”] employed by insects such as mosquitoes to control their aeroacoustic noise could eventually provide insights into the development of quiet drones and other bioinspired [read “created”] micro-aerial vehicles.”

Unlike other flying insects their size, Mittal said mosquitoes have adapted their anatomy and flight physiology to solve the “complex multifactorial problem” of trying to fly and flirt at the same time.
https://www.sciencedaily.com/releases/2019/11/191107160008.htm

To Navigate, Flies Make Flexible Mental Maps of the World

Theoretical studies have explained how spatial maps in the brain might adjust to new visual objects, says Yvette Fisher, an HHMI Hanna Gray Fellow and a coauthor on the Harvard study.

“But nobody had seen it at the mechanistic level.”

The findings give new insight into how brains can build a stable map of a scene while also remaining flexible enough to adapt to new scenarios, says Sung Soo Kim, a neuroscientist at the University of California, Santa Barbara who led the study at Janelia.

The work also has implications for how other animals navigate in the wild, adds Fisher, from insects like ants and dung beetles to mammals like mice—and maybe even humans. Like humans, flies can quickly orient themselves using landmarks in their environment, building a mental map of the scenery around them. Flies have a ring of “compass neurons” in their brain that reflect the fly’s orientation in space.

Scientists have linked this kind of learning to certain brain regions in mammals, Wilson says, but it’s been difficult to study exactly how it works in complicated mammalian brains.

“This is a really concrete illustration of how brain cells can learn things from the bottom up, without a teacher.”

To inspire advanced robotic technology, researchers in the Penn State Department of Mechanical Engineering have published the most complete description of how flying insects land upside-down.

“Ultimately, we want to replicate that in engineering, but we have to understand it first.”… “Within the blink of an eye, these flies can totally invert their body and land, which is quite spectacular,” Mongeau said. “We see it all the time happening around us, but we’ve demonstrated the complexity of the maneuver. There is a lot of interest for robots to be able to do the same.”

Today the technology being used to design robots just doesn’t have what it takes to moves so quickly.
“We look at nature for inspiration,” Mongeau said. “This helps drive the fundamental science of engineering, to understand how flies are able to solve these problems so we can apply them to future technologies.”

The researchers are also hopeful this will benefit neuroscience. “How is a fly’s nervous system able to do this so quickly?” Mongeau said. “This work reiterates how fast these maneuvers are executed within an extremely small nervous system. This data can lead to new hypotheses for understanding how brains function.” 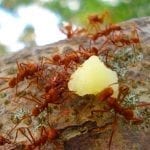