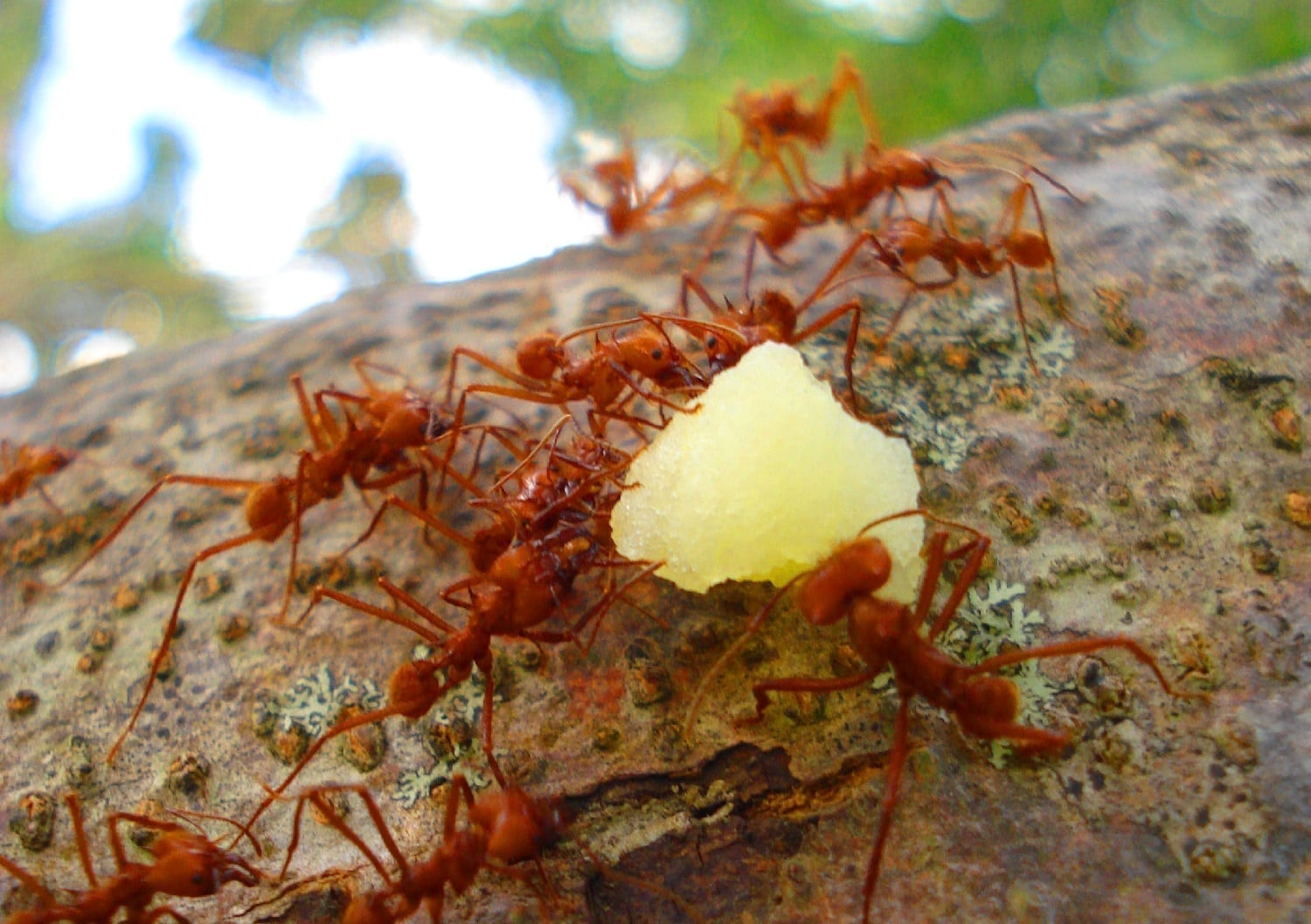 [Originally published as Behavioral Evolution in the Red Fire Ant]

The behavioral evolution of the red fire ant species, which exist the two different types of colonies—one with a single queen and one with multiple queens, has long puzzled biologists. An invisible border seems to exist between the two. Queen ants happening to wander between colonies are quickly destroyed by the male ants.

To understand what evolutionary mechanisms might be at play, molecular scientists have recently turned to the genome.

At Queen Mary University of London, a team of biochemists led by Rodrigo Pracana sequenced the whole genome in both colony types to examine the genetic difference between the two types of colonies—SB and Sb. Surprisingly, rather than finding “slight, successive changes” as predicted by Charles Darwin’s theory of evolution, they discovered two of the genes to be “highly divergent” from each other.

The two colonies are considered genetic variants within the same species known as Solenopsis invicta. Of the red ant’s 16 chromosomes, containing more than 500 genes, these variants have been demonstrated to determine whether the colony will have only one or up to dozens of queens in the colony.

Of interest, SB and Sb share a similar pair of sex chromosomes, a supergene region known as “social chromosomes.”

Only small genetic differences between these were predicted since natural selection only acts by “finely graduate… slight, successive changes.” Evolution through gradual steps over long periods of time is the foundation of Charles Darwin’s theory. In describing the actions of natural selection, in The Origin of Species (1859) Darwin selected the phrase “Natura non-facit saltum’’—a Latin phrase meaning that nature makes no leaps.

However, in Pracana’s paper entitled “The fire ant social chromosome supergene variant Sb shows low diversity but high divergence from SB,” published in the journal of Molecular Ecology (2017), the team unexpectedly discovered that within these “social chromosomes” of eight SB males and eight Sb males:

We find no evidence of ‘evolutionary strata’ with different levels of divergence.

The long-anticipated evidence for evolution in the red fire ant genome sequence between colonies was missing. In a February 20, 2016 interview published on Phys.org entitled “Scientists explore the evolution of a ‘social supergene’ in the red fire ant,” Yannick Wurm, the corresponding research team member, further highlighted the dilemma:

We found that the two versions of the chromosome differ homogeneously over the entire length of the supergene.

In the place of Darwin’s “finely graduate… slight, successive changes,” behavioral evolution chromosomes, SB and Sb, differ completely with no transitional links between SB and Sb. Where evidence for molecular evolution was predicted by the theory, none could be detected.

Rather than demonstrating the predictive power of Darwin’s theory, evidence from the red fire ant genome demonstrates that Darwin was simply wrong. This evidence, however, was not available prior to the genomic revolution.

Predicting the effect of a yet unknown genomic revolution on Darwin’s theory during the mid-twentieth century was only science fiction.

Julian Huxley, the grandson of “Darwin’s Bulldog,” declared that evolution “simply is not just a theory any longer. It is a fact, like the fact that the earth goes around the sun.”

The key driving force of the theory of evolution, then known as the modern synthesis, had been championed by H. J. Muller, a theory that merged genetic mutations with Darwin’s natural selection. In a Scientific American (1928) article entitled “New Discovery Speeds Up Evolution,” Muller predicted:

Evolutionary changes, or mutations, can be produced 150 times as fast by the use of X-rays as they can be by ordinary processes of nature.

Today, the US Center for Disease Control (CDC) lists hundreds of human diseases caused by genetic mutations. Not one genetic mutation is known to be beneficial. As the study of the red fire ant demonstrates, the evolution industry is desperately searching for a new driver and theory of evolution.

The genomic revolution is driving the once popular modern synthesis model into extinction, to be increasingly replaced by even more abstract epigenetic models of evolution.

Critics of Darwin’s natural selection theory during the twentieth century were many, even within the halls of the evolution industry. Darwin’s theory “may be little more than a truism to state that the individuals that are best adapted to survive have a better chance of surviving than those not so well adapted to survive,” according to Thomas Huxley.

Since the evidence from molecular biology to salvage the theory of evolution has failed to materialize, as has the fossil record and embryology, in November 2016, in an effort to salvage a united pathway to a new theory of evolution, the Royal Society convened a conference of leading evolutionary scientists entitled “New trends in evolutionary biology: biological, philosophical and social science perspectives.”

According to the Royal Society:

What new theory emerged? None. A salvage theory for the evolution industry is increasingly emerging as an elusively distant dream. Early during the convention, Kevin Laland, one of the event organizers, made the best of the inescapable tension:

Despite a flood of challenges since the publication of The Origin of Species with more than 150 years of unprecedented scientific efforts in the history of mankind to prove otherwise, the evidence in nature is increasingly best explainable by the Genesis record written by Moses.

In the perspective of Ernest Rutherford (1871–1937), the father of nuclear physics:

That which is not measurable is not science.

Since the evidence could not be measurable, behavioral evolution in the red fire ant evolution belongs in the realm of science…fiction. 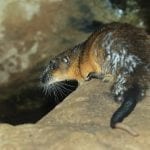 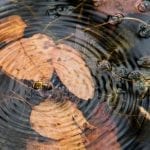