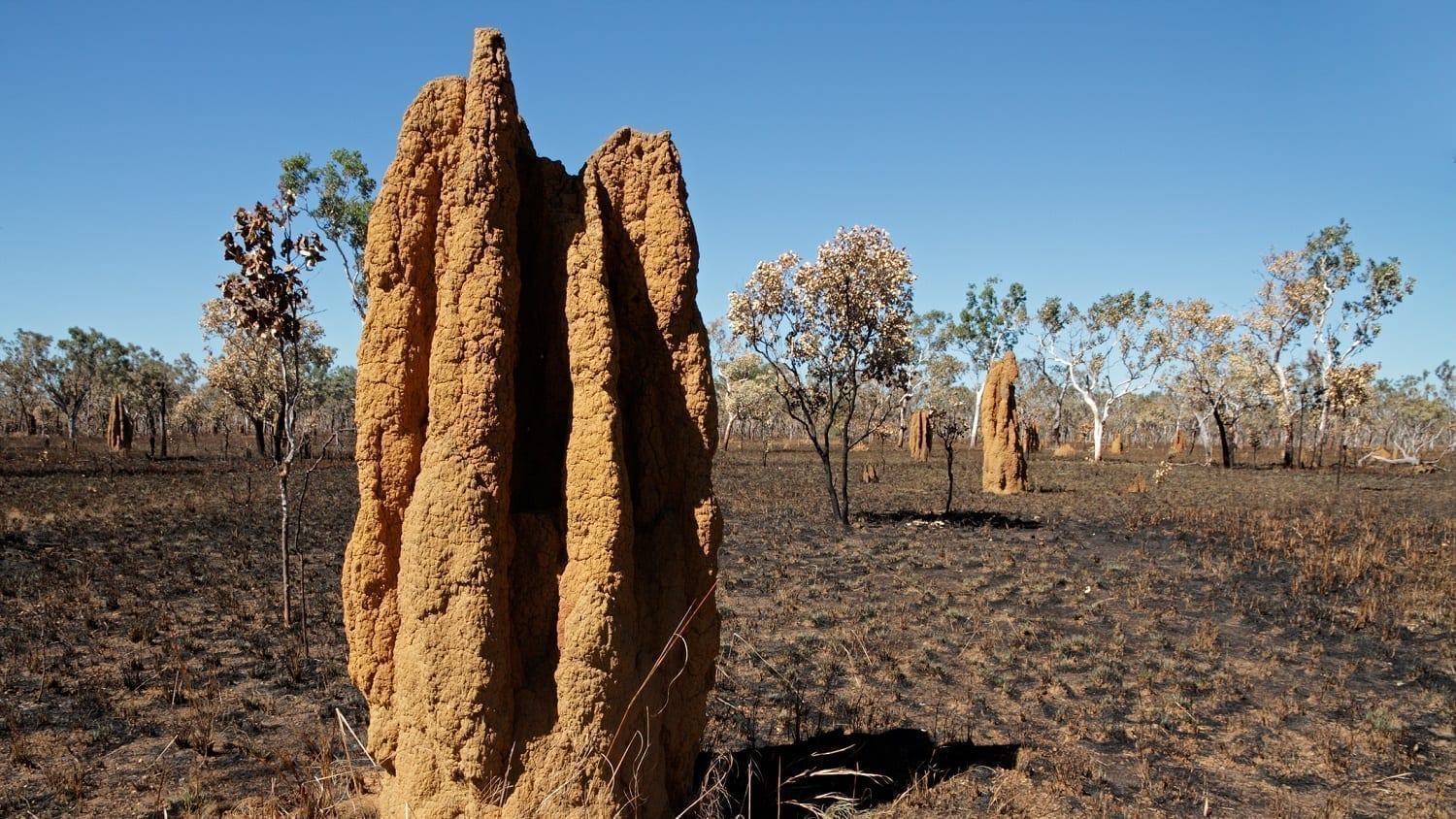 Engineers Marvel at What Termites Can Teach Them

Here we see the secular world opining on the incomparable design we find in creation. How much better it is for us to humble ourselves to acknowledge these living technologies flow from the mind of an incomparable Creator God. We are wise to copy and mimic, but we will never match his genius!

“We humans like to congratulate ourselves for our ingenuity. Yet nature’s passive designs often outperform our expensive, energy-hungry technologies. And while engineers and architects can improve their designs by mimicking the natural world, nature always has another lesson to teach. That has certainly been the case for termites and air conditioning.
“The story begins in 1992, when Zimbabwean architect Mick Pearce received a commission to build Eastgate Centre…
“Below the chimneys, the termites farmed fungi for food. While the termites relied on soil’s thermal storage capacity to help keep temperatures stable, Pearce realized that the termites also had to breathe. It was an elegant design. The hot air generated by the nest and its fungus farm, which had higher concentrations of carbon dioxide and methane, exited through the chimney through convention. As the hot air left, it pulled in fresh air from the surface through moist foraging tunnels, which added water vapor to the stream. The chimney, warmed by the sun, heated the air exiting through it, adding an extra push to the convection cycle…
“In the building that Pearce and multidisciplinary engineering firm Arup Group designed, each floor had air ducts running underneath it… Pearce’s designed also used several other tricks inspired by nature.” ~The American Society of Mechanical Engineers

Looking to Moth Eyes for Ways to Combat Glare

Even when we understand why we want to copy God’s design and can see how he handled the same problem we seek to overcome, pulling off our own versions is no easy task. Here we see the scientific community wrestling with the need to prevent blinding light reflection.

“The eyes of moths have a biological nanostructure that grants them anti-reflective properties. Though researchers have managed to mimic this structure to produce anti-reflective coatings, current techniques are not easily scalable. Now, researchers have devised a strategy to produce large area moth-eye transparent films that greatly reduce reflectance and improve transmittance. These films could be used to better the visibility of screens and enhance the performance of solar panels.
“There is a huge number of human problems that scientists and engineers have solved by drawing ideas directly from mechanisms found in other lifeforms…
“(Moth) eyes have a periodic nanometric structure that makes the eye surface graded, as opposed to polished. This causes most incident light to bend at the surface and therefore, be transmitted through the eye instead of being reflected off it. This nanoscale arrayed structure is so effective that researchers have tried to mimic it using other materials to create anti-reflective coatings with varying degrees of success…
“This study showcases how to expand the uses of biologically inspired structures by making their fabrication more easily scalable. Let us hope these technological advances help us preserve nature so that we can keep obtaining useful ideas from other species.” ~Science Daily.com

God created all living things as a set. We aren’t related through our ancestors, but it is obvious we were created by the same intelligence. This means the bugs that live in—well, bugs—can help us study things like cancer. And who doesn’t want a cleaner energy source to take care of our home planet?

“Some of the microorganisms living inside termites have never been seen anywhere else. Some of those exotic microbes could be helpful to humans as well. In one example, a cancer researcher found that a particular microorganism in a termite’s hindgut, roughly equivalent to a human’s colon, produces more centrin than any other creature known. Centrin is a protein that is related to cell division, and studying how centrin works has helped researchers pinpoint its role in runaway cell division—in other words, cancer.
“Scientists are also looking at how termite microbes produce hydrogen from digested wood. The microbes could be harnessed by humans to power hydrogen fuel cells, a type of battery that emits only water.” ~National Geographic

For millennia wise people have looked to living things around them for medical help. Whether it’s the bark of a tree or a spider’s web, God has filled the world with ways to help his creatures recover from the consequences of Adam’s Curse. Honeybees are known to help in many ways, but it’s amazing to find even the way they hurt us can be a blessing!

“Dr. Ciara Duffy says honeybee venom destroys multiple types of breast cancer, even the hard to treat triple-negative variety. Her study in the journal npj Precision Oncology finds the venom not only eradicates these cancers, it also breaks up a cancerous cell’s ability to reproduce. It also contains a compound called melittin which researchers say helps this natural remedy stop the disease with remarkable speed.” ~Study Finds.org report from NPJ Precision Oncology

The events of 2020 brought our need for hygiene as infection prevention to the front of our minds, but the world is always full of all kinds of microbes seeking a host to overrun. It’s exciting to see that the way God cared for the humble silkworm can also help us stay healthy.

“Next to a single-use N95 respirator or surgical mask, UC found the best alternative could be made by a hungry little caterpillar. Silk face masks are comfortable, breathable and repel moisture, which is a desirable trait in fighting an airborne virus. Perhaps best of all, silk contains natural antimicrobial, antibacterial and antiviral properties that could help ward off the virus…
“Studies have shown that copper, in particular, can kill bacteria and viruses on contact. And that’s where the little caterpillars have their own superpower, Guerra said. “Copper is the big craze now. Silk has copper in it. Domesticated silk moths eat mulberry leaves. They incorporate copper from their diet into the silk…
“Cotton traps moisture like a sponge. But silk is breathable. It’s thinner than cotton and dries really fast.” ~Science Daily.com

Any discussion of evolutionary theory starts with the assumption that living things started out simple, stupid, and easy before developing into more complex and brilliant functions over millions of years. This is patently untrue of God’s genius designs, but it is painfully the case when we try to copy such functions for ourselves.

“In the Harvard Microrobotics Lab, on a late afternoon in August, decades of research culminated in a moment of stress as the tiny, groundbreaking RoboBee made its first solo flight…. “This is a result several decades in the making”…

“Over the life of this project we have sequentially developed solutions to challenging problems, like how to build complex devices at millimeter scales, how to create high-performance millimeter-scale artificial muscles, bioinspired designs, and novel sensors, and flight control strategies,” said Wood. “Now that power solutions are emerging, the next step is onboard control. Beyond these robots, we are excited that these underlying technologies are finding applications in other areas such as minimally-invasive surgical devices, wearable sensors, assistive robots, and haptic communication devices – to name just a few.” ~Harvard John A. Paulson School of Engineering and Applied Sciences 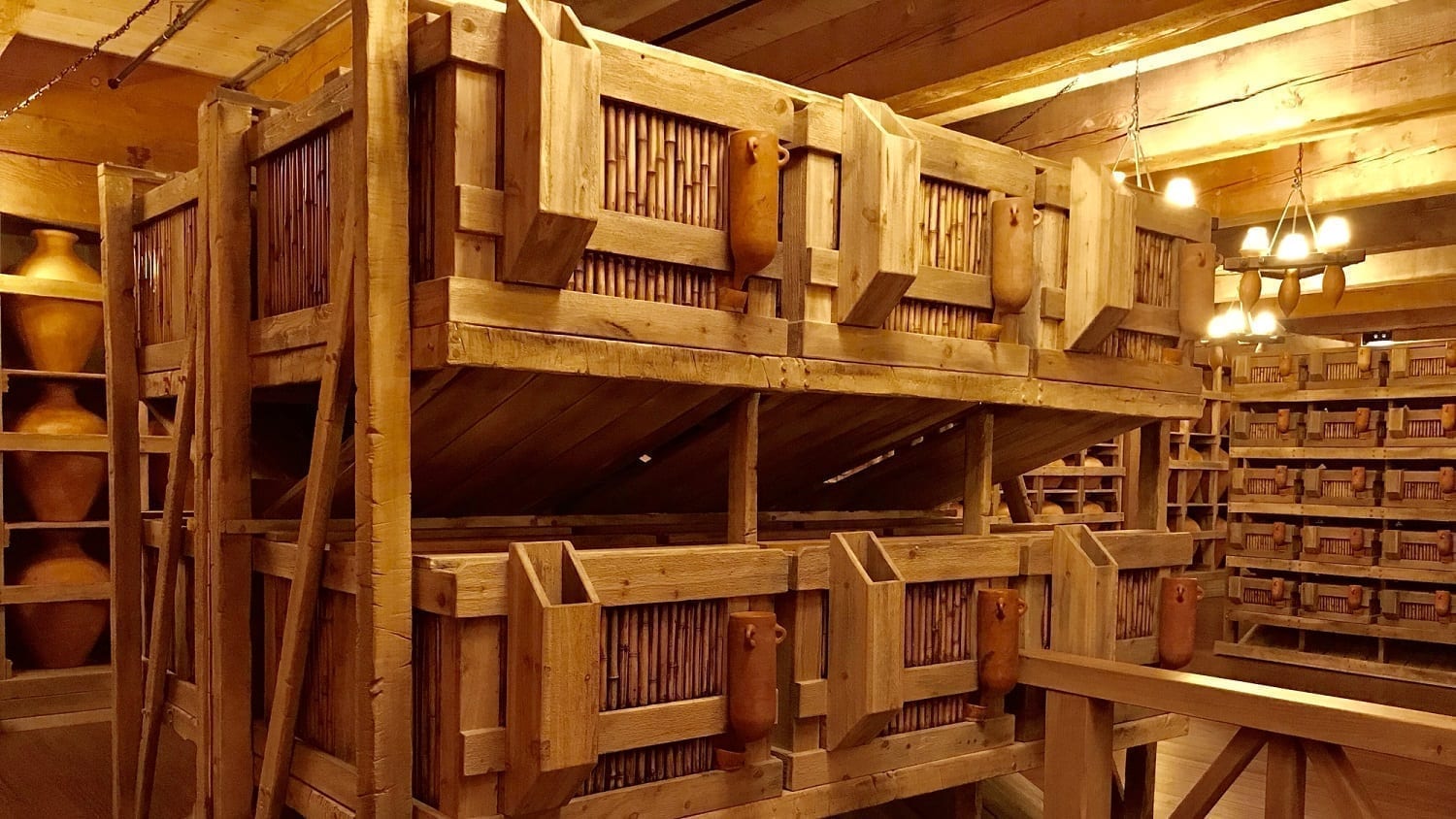