Evolution is taught as undisputed fact in public schools across the nation. Each day millions of children learn that life arose naturalistically over millions of years of slow, gradual processes. They learn that we’re all related through one common ancestor, most recently an ape-like ancestor. Students are rarely taught the major problems with evolutionary ideas (and trust me, there’s plenty of baseless speculation!) and they certainly aren’t given any alternatives. But it wasn’t always this way.

In the Western world, the biblical history provided in Genesis WAS the explanation given for the origin of life and the universe until the widespread acceptance of Darwinian ideas. After World War I a movement that opposed evolution began and, under the leadership of a U.S. politician by the name of William Jennings Bryan, teaching evolution was banned in many states. In other words, parents thought it was dangerous to teach their children that they were nothing more than a highly-evolved animal! I don’t blame them!

But in 1968 the Supreme Court ruled that laws, specifically laws in Arkansas, prohibiting the teaching of evolutionary ideas violated the First Amendment. The justices ruled that the Establishment Clause prohibits the state from advancing a religion and that teaching creation (to the exclusion of evolution) advanced a specific religion. This meant the justices had interpreted the Establishment Clause to mean states were unable to both establish a religion and further religion.

In 1987 the Supreme Court again ruled in favor of evolution, stating that EVEN giving creation EQUAL time with evolution was also unconstitutional. And in 2005 even the teaching of Intelligent Design in the science classroom—which doesn’t even name the Creator—was labelled unconstitutional. Modern movements trying to pass laws that require teachers to teach the problems with evolution have been largely unsuccessful.

Creation was kicked out of public schools and a naturalistic philosophy that seeks to explain all of life apart from God took its place. When the teaching of creation was removed from public schools, religion wasn’t kicked out. Creation and God’s Word was simply REPLACED with man’s ideas (or beliefs) about the past based on atheism and naturalism. And, sadly, millions of kids are being indoctrinated into a belief system that isn’t even scientifically sound – much of it, taken on faith. 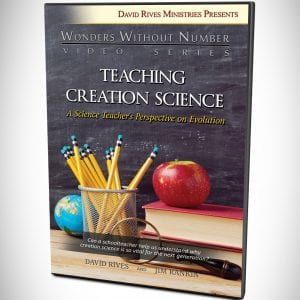 We need to leave the next generation with the realization that the Book of Genesis is full of facts. Real history, real science, and answers to some of life’s greatest questions. If Genesis can be trusted, then the Gospels can also be trusted. Jim Rankin, Lead High School Teacher for Texas Christian Schools, will shed some light on the subject of teaching biblically-based science in the classroom. As a retired Master Sergeant for the United States Marines, he’s not afraid to tackle issues that typically challenge mainstream, atheistic, naturalistic science! 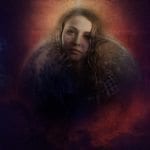