[Originally published as Too Perfect For Accident]

For thus saith the LORD that created the heavens; God himself that formed the earth and made it; he hath established it, he created it not in vain, he formed it to be inhabited: I am the LORD; and there is none else. (Isaiah 45:18)

In an article written for the Institute for Creation Research, Jonathan K. Corrado, Ph.D., P. E., describes in great detail the composition of Earth’s atmosphere and the key role that it plays in sustaining life on our planet.

“All the planets (and even a few moons) in our solar system have an atmosphere, but Earth’s atmosphere plays a vital role in our planet’s ability to sustain life. It protects Earth from the harsh rays of the sun and dampens temperature extremes, acting like a protective jacket wrapped around the planet … It’s easy to infer that our physical existence resulted from design in contrast to inadvertent, evolutionary causes. From the astronomical bodies to subatomic particles, the features of our existence are thoroughly balanced and function as a system of systems. As science continues to advance and unfold the mysteries of Earth, scientists continue to discover how uniquely tailored our planet is for life.”

In His Word, God affirms that He created the heavens and formed the earth (and no other place) “to be inhabited” (our verse above). The very existence of our planet is a miracle in itself.

Planet formation must occur quickly before the protoplanet is pulled into the star it’s orbiting, but getting tiny bits of protoplanet dust to join up into nice, round spheres and thence into a proper planet has not been found to work. Many stars in our Milky Way possess spinning disks of matter—orbiting gas and dust—but there are three significant problems in forming planets from these ingredients: death spirals, accretion (the gradual growth of planets by the accumulation of debris), and turbulence. The building of planets large and small is an enigma. ~Frank Sherwin, ICR

Some consider Earth a “Goldilocks” planet for its perfect position in orbit around our star (Sol, the sun). It is not too close and not too far, not too hot and not too cold.

However, Earth is not unique in its orbital position around its star. Recent discoveries have found other planets orbiting their stars in the “habitable zone” to which Earth’s orbit is referred. Secular astronomers working for NASA show great enthusiasm for the prospect of life on those other planets.

As one reads their accounts, it becomes readily apparent to the critical thinker that their assessments are based on pure speculation and wishful thinking. For example, one writer asserts that “The ingredients in the recipe for earthly life – water, elements associated with life, available sources of energy – appear to be almost everywhere we’ve looked” ~Pat Brennan, “Life in the Universe: What are the Odds?” (emphasis mine).

How do they know?

All of these star systems are light years away from us in our galaxy and the fact that they orbit in the “habitable zone” does not mean that they possess all the requirements necessary to support life. However, because these scientists reject God, the Creator, they prefer to believe in a world where everything works by magic.

Our planet is too perfect to have resulted by accident.

For the invisible things of him from the creation of the world are clearly seen, being understood by the things that are made, even his eternal power and Godhead; so that they are without excuse. Romans 1:20

Take time to look around. Nature testifies that the universe, our solar system, our planet, and everything within it is too perfect to be an accident. Only an infinitely intelligent and wise Creator could do all of this. 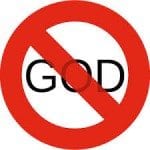