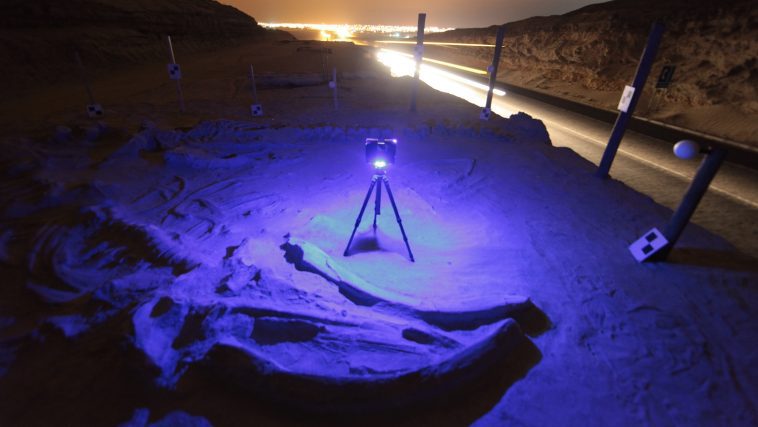 The remarkable whale fossils found in the desert in Chile are in the news again (e.g. BBC News) following a paper published in Proceedings B of the Royal Society, by Nicholas Pyenson and 13 other authors.¹

These whales are one of the most remarkable finds of fossilized whales found in recent years. A whole graveyard was found in 2010 as a highway was being widened, and since then they have been carefully excavated and documented.

This find is a graphic evidence of the destructive effects of the global Flood of Noah’s day. I reported a detailed analysis of the depositional setting for the whale fossils using a biblical geological interpretive framework and concluded they were buried as the floodwaters were receding from the South American continent. That was as the continents of the world were rising and the ocean basins were sinking.

This evidence for an enormous mass kill of such large animals is a problem for researchers who do not believe in Noah’s Flood.² They try to explain the find by processes that we see happening in the present.

The difficulty is that we do not see scores of whales dying at sea and being buried on the land in mass graveyards then being slowly covered by sediment over thousands of years.

With their long-age geological framework of thinking they are faced with multiple problems:

With their geological philosophy, they are prohibited from invoking any processes with any hint of biblical proportions.

The latest attempt published in the Royal Society paper suggests that the whales perished in a harmful algal bloom (which they dub, HAB) and were deposited in a supratidal flat. They invoke the algal bloom to try to explain the range of different kinds of fossils found buried at the site. They invoke the supratidal flat to try to explain how so many whales were preserved in a pristine condition for the long period of time necessary to cover them so they did not rot away.

The authors say that the “carcasses were buried under a relatively continuous rate of fine sediments”. How long is it going to take to bury a graveyard of whales by such a slow process? How could the carcasses be preserved so long?

The fossil graveyard is a most unusual and unexpected discovery. It does not fit the normal sorts of environments that we see on the earth today. That is why they need to invoke such an implausible environment to explain what they find. But, they also have a problem with time because they imagine, within their worldview, that all this took vast amounts of time—perhaps multiple millions of years. So, not only do they invoke one farfetched scenario, they need to invoke such scenarios multiple times over millions of years in order to make the resulting fossils stretch over the long ages that they need.

However, these whales perished late in Noah’s Flood and were buried as the floodwaters were receding, during a period of rapid sedimentation. This simple scenario explains the evidence elegantly.

The whales may well have perished in an algal bloom, although there does not appear to be significant direct evidence of one at the excavation site. There was an earlier find of a whale graveyard in South America by geologists from Loma Linda University where there is direct evidence that whales were buried in a bloom situation. (See “Dead whales telling tales“.)

If it was an algal bloom then it would have occurred during the Flood. It would have been one algal bloom that occurred quickly, and not multiple repeated blooms that re-occurred over a period of thousands or millions of years in the same place.

From the analysis presented in multiple articles on this biblical-geology site,³ the evidence suggests that the peaking of the floodwaters occurred somewhere around the top of the Cretaceous (this could vary slightly from place to place around the world, but it is generally around that area).

By this time, at the mid-point of the Flood, the oceans were much warmer (due to all the volcanic activity) and they were rich in nutrients (due to the rotting remains of plants and animals that perished in the Flood). These conditions were ripe for producing widespread algal blooms, and rapid multiplication of all sorts of tiny marine organisms. These conditions seem to explain such phenomena as the vast chalk deposits that cover Cretaceous Europe (such as the White Cliffs of Dover).

These whales were buried after the peak as the floodwaters were receding from the continent.

The paltry attempt by long-age geologists to explain the fossils by repeated algal blooms and slow burial is wholly inadequate to account for the catastrophic environment that the fossils preserve. They perished in one event just after the peak of Noah’s Flood and were buried quickly after they died. These whales found buried upside-down in the desert of Chile are one of the most remarkable fossil graveyards discovered in recent years, and provide a graphic picture of the devastation brought upon the earth by the judgment of Noah’s Flood. 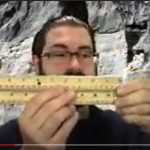 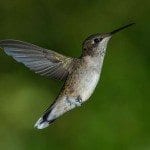