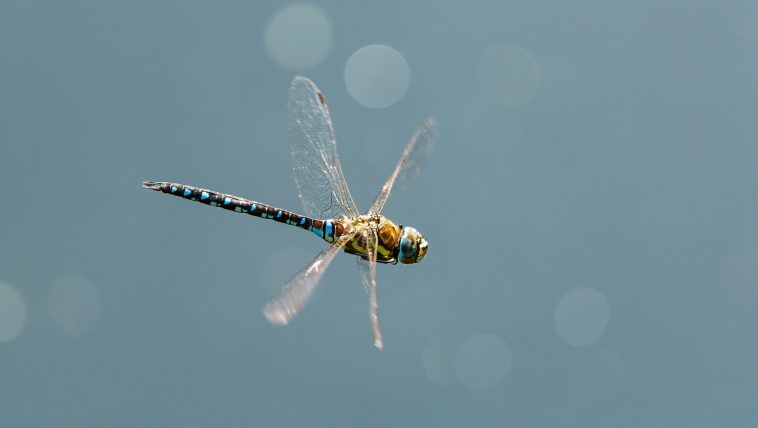 [Originally featured on the news page: Thank God for Insects

Editor’s note: These are secular, evolutionary reports on discoveries about some of God’s smaller creatures. Here we can give their true Designer the credit and praise that is rightly his due! All italics written by Cheri Fields, managing editor of the Creation Club]

It is an elegant mechanism that is far more advanced than we imagined.

Understanding how creatures are able to function is often beyond the abilities of our smartest researchers until they spend large amounts of time and skill to uncover the truth. There is no way in the universe these creatures had the intelligence to invent their bodies themselves, let alone the popular belief that blind trial and error gave them these genius capacities.

“The fluttery flight of butterflies has so far been somewhat of a mystery to researchers, given their unusually large and broad wings relative to their body size. Now researchers at Lund University in Sweden have studied the aerodynamics of butterflies in a wind tunnel.
“The results suggest that butterflies use a highly effective clap technique, therefore making use of their unique wings. This helps them rapidly take off when escaping predators…
“During the upward stroke, the wings cup, creating an air-filled pocket between them. When the wings then collide, the air is forced out, resulting in a backward jet that propels the butterflies forward. The downward wingbeat has another function: the butterflies stay in the air and do not fall to the ground…
‘That the wings are cupped when butterflies clap them together, makes the wing stroke much more effective. It is an elegant mechanism that is far more advanced than we imagined, and it is fascinating…
‘The shape and flexibility of butterfly wings could inspire improved performance and flight technology in small drones,’ he continues.
“In addition to studying the butterflies in a wind tunnel, the researchers designed mechanical wings that mimic real ones. The shape and flexibility of the mechanical wings as they are cupped and folded confirm the efficiency.” ~Science Daily.com

How Insects Activate Muscles to Adapt to Limbs Removed

Adaptation is a common word in evolutionary circles. They assume the ability to adjust to a specific environment is a proof of evolution. On the contrary, not only does “adaptation” tell us nothing at all about how they change, the speed of change (in this instance within a single organism, giving evolution zero time to develop a new skill) and success of a creature’s melding with its environment fits far better into a creation schema. How much more likely is it that a loving, genius Creator would prepare a creature to adapt to an environment than for random, blind chance to allow them to undergo such changes?

“Adaptability explains why insects spread so widely and why they are the most abundant animal group on earth. Insects exhibit resilient and flexible locomotion, even with drastic changes in their body structure such as losing a limb.
“A research group now understands more about adaptive locomotion in insects and the mechanisms underpinning it. This knowledge not only reveals intriguing information about the biology of the insects, but it can also help to design more robust and resilient multi-legged robots that are able to adapt to similar physical damage…
“The insect nervous system is composed of approximately 105 to 106 neurons. Understanding the process behind this requires researchers to consider the role of the intrinsic neural circuits that influence the adaptions of insects under unfavorable circumstances and the sensory feedback mechanisms reflected in their body characteristics and physical interactions with the environment.
“Their findings showed that the walking manner of crickets shifted from a tetrapod/tripod gait to a four-legged trot after the middle leg had been removed.
‘Our results will pave the way for the further understand of the leg coordination mechanism in insect locomotion,’ said professor Dai Owaki. ‘It may also aid design principles for a decentralized controller that enables flexible and adaptive walking in an insect-like six-legged robot.’ ~Science Daily.com

Dragonflies Perform Upside Down Backflips to Right Themselves

Let’s think about this: to even observe what these small creatures are doing we have to utilize modern, advanced, finely-tuned instruments it took generations of human effort to develop. Yet we are expected to believe this ability came about by random, mindless chance?
And don’t tell us these insects were wise enough to give themselves this ability—they can do it while unconscious!

“High speed cameras and CGI technology have revealed the inbuilt righting mechanisms used by dragonflies when they are thrown off balance. The findings add to current knowledge of how insects fly and keep stable in the air.
“They could also help to inspire new designs in small aerial vehicles like drones, which can be useful for search-and-rescue attempts and building inspection. Our colourful sunny-day companions can glide, fly backwards, and travel up to 54 km/h when hunting prey or escaping predators—but like any flying creature, they can be thrown off balance and even find themselves upside down…
“Dragonflies most frequently perform upside down backflips, known as ‘pitching’, to right themselves from upside down positions in the air.
“They also found that dragonflies perform the same righting maneuver whilst unconscious, suggesting the response has a large component of passive stability—a flight mechanism like that which lets planes glide when their engines are switched off. The research reveals how the shape and joint stiffness of the dragonflies’ wings provide passive stability and could inform designs for small drones…
‘Engineers could take inspiration from flying animals to improve aerial systems. Drones tend to rely heavily on fast feedback to keep them upright and on course, but our findings could help engineers incorporate passive stability mechanisms into their wing structure.'” ~Science Daily.com

Smellicopter: An Obstacle-Avoiding Drone that Uses a Live Moth Antenna to Seek Out Smells

Now, this is a little sad at the same time it shows the unparalleled brilliance of God’s design. We haven’t figured out how to develop a synthetic antenna array for our drones, so we literally swiped some off of an (anesthetized) moth to plug it into our cruder device. And they want us to believe “Nature” deserves the credit for this?

“Researchers are interested in developing devices that can navigate these situations by sniffing out chemicals in the air to locate disaster survivors, gas leaks, explosives and more. But most sensors created by people are not sensitive or fast enough to be able to find and process specific smells while flying through the patchy odor plumes these sources create.
“Now a team led by the University of Washington has developed Smellicopter: an autonomous drone that uses a live antenna from a moth to navigate toward smells. Smellicopter can also sense and avoid obstacles as it travels through the air…” Nature really blows our human-made odor sensors out of the water,” said lead author Melanie Anderson, a UW doctoral student in mechanical engineering…Another advantage to Smellicopter is that it doesn’t need GPS, the team said. Instead it uses a camera to survey its surroundings, similar to how insects use their eyes.” ~Science Daily

For the wrath of God is revealed from heaven against all ungodliness and unrighteousness of men, who hold the truth in unrighteousness;
Because that which may be known of God is manifest in them; for God hath shewed it unto them.
For the invisible things of him from the creation of the world are clearly seen, being understood by the things that are made, [even] his eternal power and Godhead; so that they are without excuse:
Because that, when they knew God, they glorified [him] not as God, neither were thankful; but became vain in their imaginations, and their foolish heart was darkened. Professing themselves to be wise, they became fools,

And changed the glory of the uncorruptible God into an image made like to corruptible man, and to birds, and fourfooted beasts, and creeping things. Romans 1:18–23 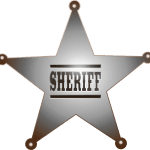