God said to Adam, “Have you eaten of the tree of which I commanded you not to eat?”
The man said, “The woman whom you gave to be with me, she gave me fruit of the tree, and I ate.” Then the Lord God said to the woman, “What is this that you have done?”
The woman said, “The serpent deceived me, and I ate.”
The Lord God said to the serpent,
I will put enmity between you and the woman, and between your offspring and her offspring;
he shall bruise your head, and you shall bruise his heel.”

He was pierced for our transgressions;
he was crushed for our iniquities;
upon him was the chastisement that brought us peace,
and with his wounds we are healed.

From that time Jesus began to show his disciples that he must go to Jerusalem and suffer many things from the elders and chief priests and scribes, and be killed, and on the third day be raised.

Isaac said to his father Abraham, “Behold, the fire and the wood, but where is the lamb for a burnt offering?”
Abraham said, “God will provide for himself the lamb for a burnt offering, my son.”
And Abraham lifted up his eyes and looked, and behold, behind him was a ram, caught in a thicket by his horns. And Abraham went and took the ram and offered it up as a burnt offering instead of his son.
So Abraham called the name of that place, “The Lord will provide”; as it is said to this day, “On the mount of the Lord it shall be provided.”

The next day he saw Jesus coming toward him, and said, “Behold, the Lamb of God, who takes away the sin of the world!”

For God has done what the law, weakened by the flesh, could not do. By sending his own Son in the likeness of sinful flesh and for sin, he condemned sin in the flesh.”

The Lord said to Moses and Aaron in the land of Egypt, “Tell all the congregation of Israel that on the tenth day of this month every man shall take a lamb according to their fathers’ houses, a lamb for a household.

“Your lamb shall be without blemish. The whole assembly of the congregation of Israel shall kill their lambs at twilight.

“Then they shall take some of the blood and put it on the two doorposts and the lintel of the houses. The blood shall be a sign for you, on the houses where you are. And when I see the blood, I will pass over you, and no plague will befall you to destroy you.”

You were ransomed from the futile ways inherited from your forefathers, not with perishable things such as silver or gold, but with the precious blood of Christ, like that of a lamb without blemish or spot.

Now Jesus stood before the governor, and the governor asked him, “Are you the King of the Jews?” Jesus said, “You have said so.”
But when he was accused by the chief priests and elders, he gave no answer.
Then Pilate said to him, “Do you not hear how many things they testify against you?”
But he gave him no answer, not even to a single charge, so that the governor was greatly amazed.

My God, my God, why have you forsaken me?
For dogs encompass me;
a company of evildoers encircles me;
they have pierced my hands and feet
I can count all my bones—
they stare and gloat over me;
they divide my garments among them,
and for my clothing they cast lots.

And when they had crucified him, they divided his garments among them by casting lots.
About the ninth hour Jesus cried out with a loud voice, saying, “Eli, Eli, lema sabachthani?”
that is, “My God, my God, why have you forsaken me?”

And they made his grave with the wicked
and with a rich man in his death,
although he had done no violence,
and there was no deceit in his mouth.

There came a rich man from Arimathea, named Joseph, who also was a disciple of Jesus.
He went to Pilate and asked for the body of Jesus. Then Pilate ordered it to be given to him.
And Joseph took the body and wrapped it in a clean linen shroud
and laid it in his own new tomb, which he had cut in the rock.

If you confess with your mouth that Jesus is Lord and believe in your heart that God raised him from the dead, you will be saved.
For with the heart one believes and is justified, and with the mouth one confesses and is saved.
For the Scripture says, “Everyone who believes in him will not be put to shame.”<
For there is no distinction between Jew and Greek; for the same Lord is Lord of all, bestowing his riches on all who call on him.
For “everyone who calls on the name of the Lord will be saved.” 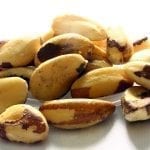 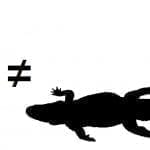