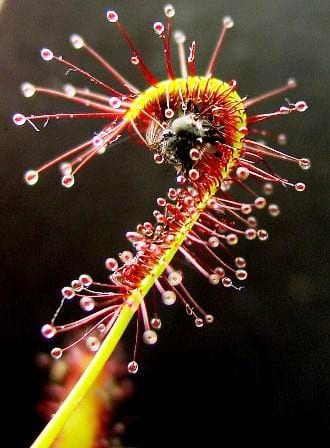 “Surely he shall deliver thee from the snare of the fowler, and from the noisome pestilence.” Psalm 91:3

The Peruvian Andes gave the world the potato, which is one of the largest crops in the world today. The problem is, the modern potato is plagued by potato beetles and aphids, which also carry some viral diseases to the plant. Now a wild potato found in the Bolivian Andes is being studied because it seems to be quite resistant to these pests.

The Bolivian potato defends itself using tiny hairs on its leaves called trichomes. There are roughly the same number of tall and short trichomes on the leaves, and they work together to provide a complete defense system for the plant. The hairs are so closely spaced that even a tiny aphid cannot avoid them. The end of each hair has a sack filled with defense chemicals. The short trichomes release their chemicals only when disturbed. The longer trichomes continuously release their chemicals. When an aphid gets on a leaf, its legs cannot avoid coming in contact with the sticky fluid the short trichomes release. To make certain that the aphid collects enough of the sticky stuff, the plant also releases a chemical that agitates the aphid. This gooey liquid finally sets up into a hard mass, leaving the aphid to starve. It also appears that a scent emitted by one of the trichomes makes the leaves completely distasteful to potato beetles.

Prayer:
Lord, I thank You that I can depend on You for my salvation. Amen.
Notes:
Bombardier Beetles and Fever Trees, William Agosta, pp. 22 25. Photo: Sticky trichomes of a carnivorous plant, Drosera capensis, with a trapped insect. Courtesy of Noah Elhardt. (CC-BY-SA 3.0) 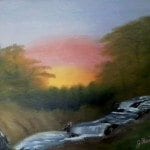 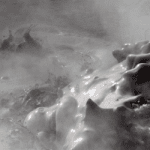