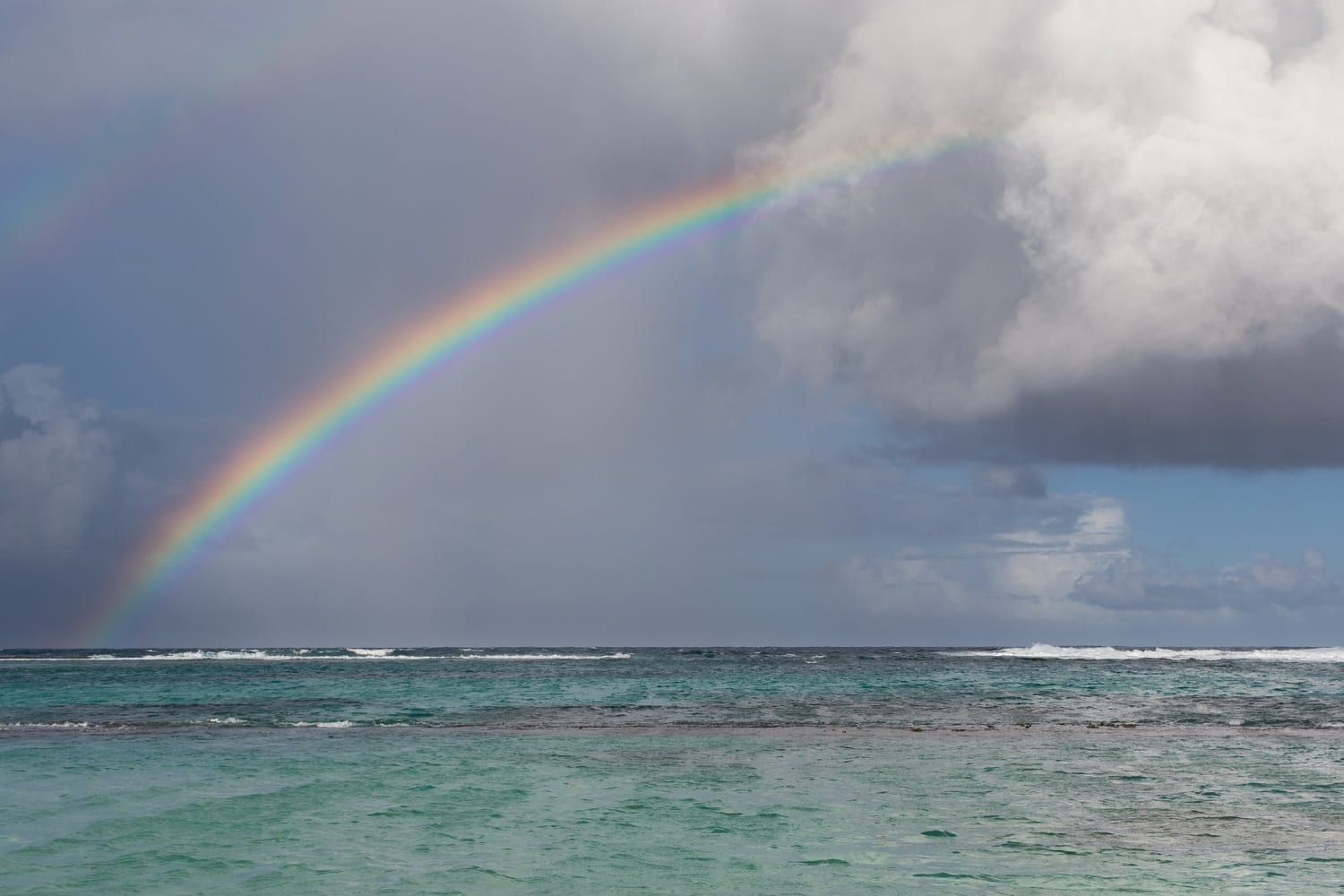 [Originally published as the 2nd half of No Rain?]

After the global flood, God promised Noah that He would never again destroy the entire world by water (Genesis 9:11).  God used a rainbow as a sign of this promise (Genesis 9:12-17).

Some people have assumed that this was the first time a rainbow ever existed—that it was a new creation God made for Noah to institute His promise, and that no one had ever seen a rainbow before the flood. They then further conclude that there must have been no rain before the flood if there were never any rainbows.

But this reasoning is not cogent.

Arguments from silence are rarely cogent.

Rainbows are a natural and inevitable result of sunlight passing through water droplets. The refraction of light within a water droplet depends on the wavelength of the light, which we perceive as color. Different wavelengths refract by different amounts, which splits the relatively white light of the sun into the beautiful spectrum we see in rainbows. You can easily produce your own rainbow by spraying a fine mist of water into the air outside on a sunny day.

Genesis 9:11-17 does not teach otherwise. God is not creating a new, never-before-seen object here; rather He is using a familiar object and assigning it the new meaning of being a symbol of His promise.

Indeed, the Lord often used an existing object to symbolize something new and important. God used lambs and unleavened bread at Passover to commemorate the fact that He spared the Israelites from His wrath on Egypt (Exodus 12). But notice that God did not create lambs and unleavened bread at the time of the Passover; rather, He gave a new meaning to an existing creation.

Jesus gave new meaning to the bread and wine at the Last Supper, using these elements to represent His body and blood (Luke 22:19-20). But He didn’t create the elements at that time; the Israelites had been celebrating Passover for centuries. Jesus merely gave a new symbolic meaning to the familiar elements.

Likewise, at the end of the flood, God gave a new meaning to a familiar phenomenon.

What then is the meaning of Genesis 2:5, and why does the Lord mention the fact that there was no rain on that day? Of course, God is free to report whatever details He selects regarding His description of the events of the Sixth Day. But the detail regarding the lack of rain at the beginning of the sixth day is provided to explain another detail—the lack of a certain category of plants.

The first part of Genesis 2:5 states, “Now no shrub of the field was yet in the earth, and no plant of the field had yet sprouted.” This may be confusing to some because plants were created on day 3 (Genesis 1:11-13), yet here we have a description of the beginning of Day Six that mentions a lack of plants. But notice that only certain types of plants were missing: namely, shrubs of the field and plants of the field. Other plants already existed because they had been supernaturally created on day 3.

The Hebrew word translated “field” in this passage is שָּׂדֶ֖ה (sadeh’) and usually refers to cultivated land—land that has been worked by human beings. Hence the “plants of the field” that were lacking on Day Six were plants that were the result of human agriculture—plants that have been sown by human farmers in ground that was previously tilled. Cultivated plants require human beings to plant them, and they require rain over the course of time.

So, Genesis 2:5 explains that there were no cultivated plants on the Earth originally, and the rest of the verse explains why. Namely, “the LORD God had not sent rain upon the earth, and there was no man to cultivate the ground.”  Clearly, there would be no plants that are the product of human agriculture and rainfall because there were no humans yet and rain had not yet fallen. This is the meaning of Genesis 2:5.

There was a garden in Eden of course. But it had been planted by God, and not by man (Genesis 2:8). And how did the original plants survive for three days without rain? Genesis 2:6 explains that a mist arose and was sufficient to water the ground for those first days.

Critics sometimes accuse the Bible of having contradictions between the account of Genesis 1 and that of Genesis 2. But we have seen here that a careful reading of Genesis 2 is perfectly consistent with Genesis 1 and makes logical sense. It is explaining that the original Earth did not have fields of cultivated plants like we have today, and it gives the logical reason why. 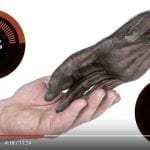