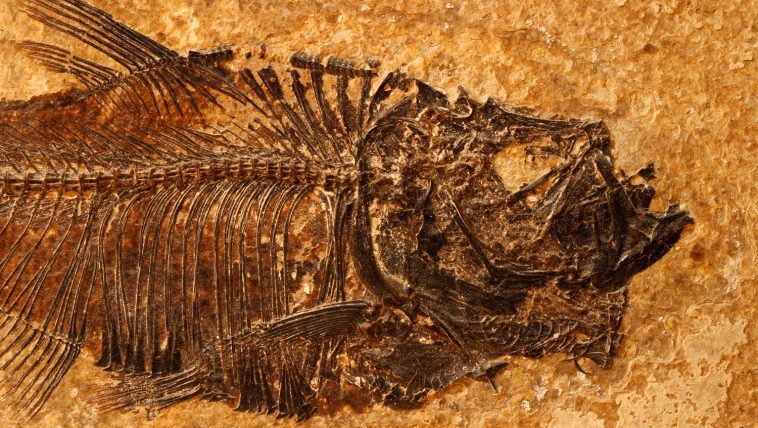 After construction workers dug up fossils of crocodiles, fish, frogs, shells, and plants at Geebung, a northern suburb of Brisbane, staff from the Queensland Museum began collecting and research. Within weeks they organized a press conference at the site to explain the significance of the find.

Fossils cannot speak for themselves, so Prof. Suzanne Miller, Chief Executive of the Queensland Museum, spoke on behalf of the fossils. She addressed the Channel 10 camera on site where the fossils were displayed and gave a good interview. It’s available within an article by Brisbane News correspondent Tony Moore entitled, Fossils offer glimpse at our own future.

Suzanne explains the significance of the find by retelling relevant parts of the grand evolutionary meta-narrative. By putting the fossils into the evolutionary story the bones of the fish and frogs suddenly become newsworthy.

But the same evidence can be placed within a different story—one framed by biblical history, and that makes the find even more interesting.

So there are two ways of looking at this fossil find, and it is good practice to look at the evidence from both perspectives. We can look via evolution, the story about the past invented by people who were not there, invented so that they can explain the evidence in the present. Or we can look via biblical history, the account of the past observed by people who were present at the time, and passed down to us through written record. This history allows us to make sense of the evidence.

If I had been speaking to the cameras at Geebung I would have presented the find from a different perspective. I’ve presented here what I would say, interspersed within a transcript of Suzanne’s speech

Suzanne: This is an incredible find for Queensland, for Australia and really for this local community. This is also unique to science, to find this variety of plants and animals that were all alive and co-existing 50 million years ago is phenomenal.

Tasman: This is an incredible find for Queensland, for Australia and really for this local community. The remarkable fossils add to the array of similar fossils recovered, over the last 50 years, from related basins on the south of the Brisbane River. These fossils are a sample of the plants and animals overwhelmed and buried in the global devastation that overtook the earth 4,500 years ago.

Suzanne: It will put Geebung on the map. Geologically around the world there will be a lot of international interest in these fossils that have been found, after the extinction that killed off all the dinosaurs.

Tasman: It will put Geebung on the map. Geologically there will be a lot of international interest in these fossils … which were buried long after the floodwaters had overwhelmed the dinosaurs and other air-breathing animals not on Noah’s Ark—animals whose fossils are routinely unearthed in Central Queensland. These are sobering finds.

Suzanne: And it really is a bit of a missing gap in the scientific record about how animals evolved after that massive extinction that killed off the majority of animals on the planet.

Tasman: These fossils follow a large sedimentary gap. They were buried after an extended period of erosion on the continents caused by receding Floodwaters. These flowed a kilometre deep across the Main Range to the west, and covered the Brisbane Valley as they flowed out to sea around here. That erosion created the vast sedimentary gap, when nothing was deposited on the continents. It only ended when the floodwaters had mostly receded, and conditions eased enough for these sediments to deposit.

Suzanne: And this is a snapshot back in time 50 million years ago when this was tropical rainforest much warmer and wetter than it is today to a time period that we really know very little about. There is nowhere else that has this variety of material some really exciting stuff to come out.

Tasman: This is a snapshot of a unique period of earth history 4,500 years ago, when material was deposited toward the tail end of the Flood like this.

Tasman: And we have just got the tip of the iceberg. It’s unique because the waters of the Flood affected different parts of Australia in different ways: Carnarvon Gorge different from Townsville area; Townsville different from Brisbane; different animals responded with different behaviours. The whole of the continent is a massive research project for understanding the Flood catastrophe.

Suzanne: We’ve got different kinds of plant and pollen which is incredibly important, really unusual and very often … bones are more easy to preserve than plants and pollen they tend to disintegrate over time.

Tasman: We have some delicate plant and pollen which is an important indicator of how quickly things were buried.

Suzanne: So we have got the whole range from an ecosystem, we’ve got a number of plants and pollen, we’ve certainly got fish, different kinds of possibly freshwater fish, something like a perch. There is a frog what we believe to be the leg bone of a frog. There is shell material. But this is just the beginning.

Tasman: We have a mixture of different plants and animals: fish, frogs, plants and shells. These were thrown together in the transient environment of the Flood, the tail end of which spanned just a few months. We have scanty evidence about this period and these fossils will allow us understand a bit more about what happened during that once-in-an-earth-time event.

Suzanne: This material has only just been found literally in the last few weeks. So there is a huge amount of work to do.

Tasman: This material has only just been found literally in the last few weeks. So there is a huge amount of work to do.

So, by changing a few words and sentences we can present the same evidence but within a different perspective. It totally changes our view of the world and our place in it. Also, it is exciting to see the potential the new fossil find at Geebung brings, and appreciate how the biblical Flood explains it so well: its timing, its “environment’” and its preservation. 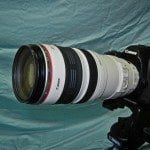