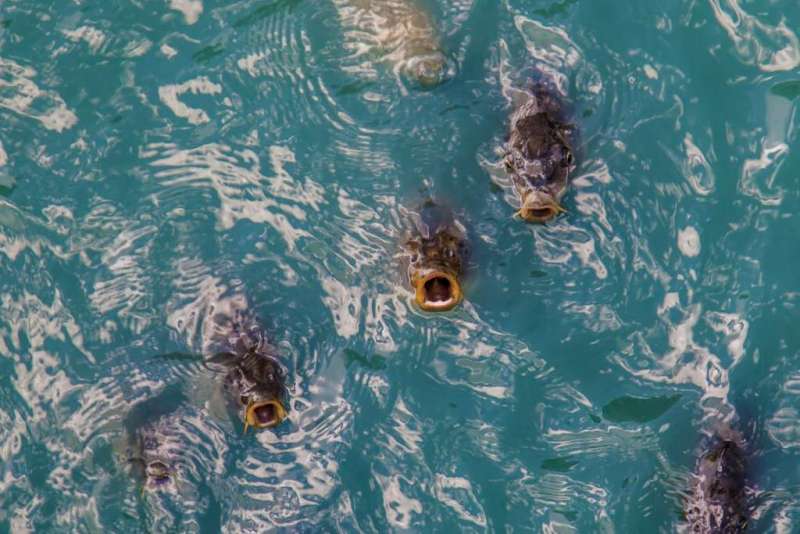 I can answer that question by simply pointing out that my dogs (and probably yours) eat grass, carrots, apples, potatoes, green beans, watermelon, etc. Not only that, but their kibble is made mostly of vegetable products; they do not have to eat meat to survive. In addition, many animals existing today survive on a purely vegetarian diet even though they have sharp meat-eating teeth;¹ for example, panda bears are strict vegetarians, even though they have a mouth full of sharp meat-grinding teeth! Likewise, dinosaurs were all vegetarians before the Fall² for the same reason.

Someone recently asked, “What about the sea creatures? Can we assume that there are plants in the oceans? How would that make any sense? What were the sea creatures feeding on if not one another according to the food chain? Doesn’t that represent some kind of death already existing before the fall?”

That is a very good question. The Bible says that when God finished creation, He said it was “very good” (Genesis 1:31). Since the Bible calls death “the enemy” (1 Corinthians 15:26), death cannot be a part of a “very good” creation. Both humans and animals were vegetarian, as pointed out in our verse above. (Genesis 1:29-30); therefore we can safely conclude that applied to sea creatures as well.

We must first define what “life” is

Many creatures grow, reproduce and move freely in the oceans, like plankton. These are considered “motile organisms.” However, they have no blood; therefore, according to the Bible, they do not really have “life.” Whales eat tons of plankton every day and so do other sea creatures. Besides that, many kinds of plants grow in the shallows where sunlight for photosynthesis can still penetrate. Therefore, it should not be difficult to conclude that all sea creatures were vegetarian before the Fall (Genesis 3).

Consider also that the Fall took place probably less than a month after creation—perhaps even within the following week. I say that because Adam and Eve were perfect human specimens, created in the image of God (Genesis 1:26-27). They had absolutely no physical flaws. God gave them instruction to “Be fruitful, and multiply, and [fill] the earth” (Genesis 1:28). Eve did not conceive until after the Fall (Genesis 4:1). Since that did not happen until after the Fall, we must conclude that the Fall occurred before she became pregnant, and therefore less than one month after creation. That should not be too long to survive a vegetarian diet. I could even do that for a month; although I might not be too much fun to be around!

Aside from the academic exercise of a pre-Fall animal diet is the question of death before sin.³ If death existed before Adam and Eve disobeyed God by eating from the forbidden tree, then how can death be the logical consequence of sin? Death before sin destroys the whole premise of the Gospel. Therefore, biblical compromises like the Gap Theory,4 the Day-Age Theory,5 and Theistic Evolution6 must be rejected. With all of that, we can conclude that all creatures were vegetarian prior to the Fall. 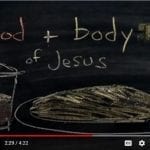