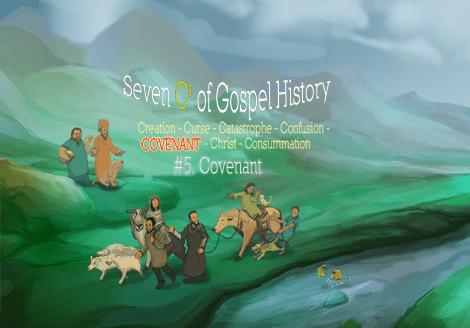 The bible is full of promises made by God. Some of them were very special because they involved a very special happening or a very special relationship between God and certain people. These special promises are called covenants.

For example, after the Flood, when God destroyed all the wicked people who thought only of doing evil things all the time (Genesis 6:5), God made a covenant with Noah that applied to all his descendants—this includes everyone alive today because we are all descended from Noah via his three sons and their three wives.

God promised that He would never again send a worldwide Flood to destroy everything that lives on the earth (Genesis 9:15).

Over a hundred years later, Noah’s descendants were disobeying God’s command to fill the earth (Genesis 9:1). Instead, they built a tower at a place called Babel. In those days, everybody spoke the same language, so God made all the family groups speak different languages. Then, because the different families could no longer talk to each other, they had to do what God wanted them to do—spread out and fill the earth. In time, nations formed.

God told Abram to leave his homeland, Ur, and go and live in the land of Canaan. Abram obeyed God, and God made a covenant with him. God promised Abram that his descendants would become a great nation, and that through Abram all the families on earth would be blessed (Genesis 12:1–3). This blessing would come through the Lord Jesus Christ, Abram’s unique “seed” or descendant (Galatians 3:16, Matthew 1:1–16, Luke 3:23–34).

Back in the Garden of Eden, when Adam and Eve rebelled against God, God had promised that one day, one of Eve’s descendants would crush the power of Satan (Genesis 3:15). So now God was promising Abram that this Saviour would be one of his descendants. The Bible tells us that Abram believed God. Because of Abram’s faith, God declared him to be totally right with God (Genesis 15:6). God changed his name from Abram, which means ‘exalted father’, to Abraham, which means ‘father of a multitude’.

Forming the nation of Israel

Abraham had a son named Isaac, who in turn had a son whose name was Jacob. When Jacob grew up, he had 12 sons. God gave Jacob a new name, too—Israel. So his 12 sons and their families became known as ‘the children of Israel’, or ‘the 12 tribes of Israel’, or just ‘the Israelites’. Some years later, the Egyptians made them slaves, until God freed them by His miraculous power through His servant Moses. By then there were about 2 million of them—enough to form a nation. God’s covenant with the Israelites under Moses

After God rescued the Israelites from Egypt, God made a covenant with them at Mount Sinai. This covenant is also called ‘the Law’. It set out how the Israelites should live in their relationship to God, and to each other. The Israelites promised to keep the Law, and God promised that if they did, they would be His special nation and He would greatly bless them.

The Law was not a way to be saved, because no sinful person could ever obey God’s requirements perfectly. When any of the Israelites sinned by doing something the Law forbade, they could offer an animal sacrifice to cover their sin, so that God would not pour His wrath out on them and the whole nation.

This was preparing for when Jesus would come, so that people would understand what His death on the cross meant—that it was the perfect sacrifice for the sins of the whole world. Because none of us can keep the Law, the only way we can please God is by faith in Jesus’ sacrifice, which perfectly pays for our sins.

When the Lord Jesus came, this was God keeping the promise He had made to Adam and Eve, and keeping the promise He had made to Abraham. Jesus declared that His death on the cross for sin was the beginning of a New Covenant, which replaced the covenant under Moses. And God showed that He accepted the death of Jesus as the perfect sacrifice for sin, by raising Him back to life.

God now promises to forgive the sins of everyone who truly believes in Jesus. This includes our believing that He died to take the punishment for our sin, after which, God raised Him from the dead.

This means that believers in Jesus are able to live with God forever after they die. We can get really excited about this, because all of these promises apply to us, if we have truly believed and received Jesus as our Lord and Saviour (John 1:12–13, Acts 10:43, Romans 10:9). 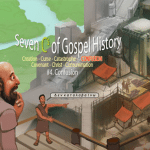 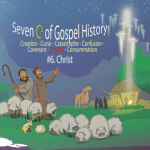