[Originally published as part 2 of The Worst Decision Never Appealed]

Roy Torasco was an atheist appointed by the Governor of Maryland to the office of Notary Public, but he was denied a commission because he would not declare his belief in God as required by the Maryland Constitution. Having lost in the trial and appellate courts below, Torasco appealed to the United States Supreme Court, and won.

His primary argument on appeal was that requiring him to profess a belief in God violated the Establishment Clause because it required his ascription to a particular religion, i.e., any one of the many religions that are based upon a belief in God. Torasco did not believe in God, and sought constitutional protection for that belief on religious grounds.

Writing for the Court in the 1961 case styled, Torasco v. Watkins, 367 U.S. 488 (1961), Justice Hugo Black confirmed Torasco’s constitutional right to maintain his atheistic views in defiance of the state’s demand that he renounce them, acknowledging in a footnote that “among religions in this country which do not teach what would generally be considered a belief in the existence of God are Buddhism, Taoism, Ethical Culture, Secular Humanism and others.”  Torasco, 367 U.S. at 495, fn. 11 (emphasis supplied)(citations omitted).12

Thus, according to the United States Supreme Court, Secular Humanism is a religion, among “others” (e.g., Nihilism, Atheism and Agnosticism—Torasco was an atheist), that does not postulate a belief in the supernatural, in God, or in a creator.

Both legally and logically speaking, therefore, atheists and secular humanists are no less “religious” than I am; their belief systems no less a “religion” than mine.  This leads to the inevitable conclusion that one cannot “opt out of” religion; one can only opt “within it”. That being the case, “science” is, or should be, a tool employed to search for Truth, wherever that tool may lead, because it will inevitably lead to the foundational basis for one “religion” (i.e., belief system) or another.14 And this brings us back to Judge Jones and Kitzmiller.

Again, the progression of Judge Jones’ reasoning was simple:

And therefore anything the School Board did to introduce Intelligent Design into the public school system constituted an “establishment of religion” in violation of the Constitution. Given that atheism, Agnosticism and Secular Humanism are “religions” as well, however, the teaching of Evolution (which is the sine qua non of atheism, agnosticism and secular humanism) constitutes an “establishment of religion” in the public school system to the same degree as does or would the teaching of Intelligent Design.

The teaching of either or both formulates and informs the belief systems of the students to whom they are taught, thereby kick-starting their search for Truth and ultimately dictating how they live their lives on a daily basis.

Judge Jones’ failure to grasp this simple truth lies at the center of his erroneous reasoning process.  Limiting his definition of “religion” to a belief system dependent upon the supernatural, God, or a creator, Judge Jones reasoned that evidence which supports Intelligent Design leads to “religion”, (and therefore referencing it in a public school was unconstitutional, and teaching it, “unscientific,” by definition), but that evidence which supports Evolution does not lead to “religion”, and is therefore “scientific” and permissibly taught in public schools under the Constitution.

Accordingly, per Judge Jones’ ruling, the teaching in a public school of anything that undermines secular evolutionary theory, even if true, would be unconstitutional because it would necessarily point to the supernatural, God, or a creator. Though still not persuasive, Judge Jones’ reasoning would at least have been logical if he had acknowledged expressly that there are only two explanations for the origin of life—creation or evolution—and that evidence which tends to support one, necessarily tends to undermine the other.

But he did not. Instead, Judge Jones dismissed this truism as a “false dichotomy”, or “contrived dualism.” Id. at 738, see also id. at 725. Like other judges and Justices before him, however, Judge Jones failed to proffer a single alternative theory or explanation for the origin of life, notwithstanding all those “experts” at his disposal.15

Moreover, by concluding as he did (that doing anything in a public school to undermine Evolution was and would be unconstitutional because it would necessarily point towards a creator), Judge Jones’ validated implicitly the truism he denounced explicitly16—that there are two, and only two, mutually exclusive theories for the origin of life and that, to the same extent certain arguments and evidence undermine one theory, they necessarily support the other.17

In like manner, to the same extent the State promotes one theory of origin, it necessarily demotes the other. If Evolution is the Nation’s officially sanctioned theory of origin, as Judge Jones would have it, then atheism, agnosticism, secular humanism and/or any and all other non-theistic belief systems, are its officially sanctioned religions notwithstanding the overwhelming majority of Americans who believe in God.

These truisms alone should be sufficient to justify the study of Intelligent Design alongside the study of Evolution in our public schools. At the very least, ID should warrant a reference by way of disclaimer as the Dover County Area School Board tried to provide. The goal of science, and particularly the science of origin, should not be to inculcate into the minds of its students one religious view or another (e.g., atheism or theism), but to have them consider the arguments and evidence that supports or undermines each theory of origin (i.e., creation and evolution), then ultimately decide for themselves which or what is true based upon all of the evidence at their disposal.

They can iron out the details elsewhere, such as in classes on religion, theology, and philosophy, etc., or at the beach.18 But they are not well-served by eliminating from the evidence at their disposal all of that which undermines one of two mutually exclusive theories of origin, along with all of the “positive” evidence that tends to support the alternative theory.  Far from “stifling” critical thinking,19 pointing out acknowledged “gaps” in evolutionary theory should inspire the budding young scientist to fill those gaps in, assuming of course that evolution is true and that there is or may be as-of-yet undiscovered evidence with which to prove it.

Central to Judge Jones’ conclusion of law (i.e., that reading the school board’s disclaimer would constitute an establishment of religion) is his finding of fact that the “religious nature of ID would be readily apparent to an objective observer, adult or [ninth grade] child.”  Id. at 718 (emphasis supplied). If Judge Jones would substitute the word “implications” or the word “ramifications” for the word “nature”, he would be precisely correct.  The religious implications and the religious ramifications of Intelligent Design should be readily apparent to an objective ninth-grader or adult, as should be the religious implications and ramifications of Evolution.

But I submit that the religious “nature” of Intelligent Design must not be as “readily apparent” to a ninth-grader as Judge Jones would have us believe. Among other things, it took him six weeks of trial and thousands of pages of expert and lay witness testimony to discern the “nature” of ID for himself, and then another six weeks to commit his conclusions to writing; and still he got it wrong because he failed to appreciate the fact that the “nature” of Evolution is just as “religious,” or more accurately, “non-religious,” as that of ID.

12. While I have quoted here from a footnote in the Court’s opinion, the text of that opinion also distinguishes between “religions based on a belief in the existence of God” and “religions founded upon different beliefs,” i.e., the non-existence of God, ala Nihilism, Atheism, and Agnosticism. Torasco, 367 U.S. at 495 (emphasis supplied).

13. Given that the central tenet of those “other” religions is the absence of a belief in God, Nihilism, Atheism and Agnosticism (each of which denies or doubts the existence of God) would necessarily constitute a “religion” for purposes of the Constitution as well as for purposes of my definition. See footnote 10 , 11, and 12, supra.
14I think permission to follow the evidence wherever it leads is at the core of freedom and intellectual integrity.

15Any suggestion that we came from aliens, for example, begs the question, “Who created the aliens?”
16Judge Jones also validated the truism by acknowledging the dichotomy, or dualism, between “God-friendly science” and “that other science”. Kitzmiller, at 729; see also, id. at 731-732.

17. I recognize that school of thought that proposes perhaps God is behind evolution, having started the process and then allowing it to evolve. While I don’t share that view, it is not my point here to discredit it. My point is that ultimately, behind it all, at the state of “origin,” either there is a Creator-God or there is nothing—or at least nothing beyond some “primordial ooze” that has existed since time immemorial. Either we were created by SomeThing infinitely greater than ourselves or we evolved from something (or nothing) infinitesimally lesser than ourselves.

18. But evidently not at home. Judge Jones found that “directing students to their families to learn about the ‘Origins of Life’…‘reminds [them] that they can rightly maintain beliefs taught by their parents’, thereby stifling the critical thinking that the class’s study of evolutionary theory might otherwise prompt…” Id. at 726 (emphasis supplied). 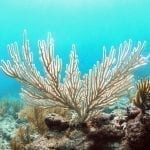