[Originally published as part 3 of The Worst Decision Never Appealed]

…But I submit that the religious “nature” of Intelligent Design must not be as “readily apparent” to a ninth-grader as Judge Jones would have us believe. Among other things, it took him six weeks of trial and thousands of pages of expert and lay witness testimony to discern the “nature” of ID for himself, and then another six weeks to commit his conclusions to writing; and still he got it wrong because he failed to appreciate the fact that the “nature” of Evolution is just as “religious,” or more accurately, “non-religious,” as that of ID.

I submit it took Judge Jones that long, in part, because of his misapprehension of the word “religion” and, in turn, its “nature”. “Nature” refers to the essence of something, e.g., Truth, as it stands and whatever it is.  Truth itself is not “religious” by any definition. Truth is simply Truth. Whether we evolved or were created is a matter of fact, or truth, not a matter of religion or faith. It is the implications and the ramifications of that truth (the “series of conclusions” that one draws from an inquiry into Truth, or into the Absolute) that constitute “religion”, not Truth’s “nature.”  Therefore, neither Evolution nor Intelligent Design are “religious” by “nature,” but the implications and the ramifications of both are “religious”, and equally so.

How any of this would have been perceived by a ninth-grader in the Dover County area, we do not know. Again, no jury was assembled (and, by law, it would have been inappropriate to assemble a jury in this case) and Judge Jones took no testimony from ninth-graders.  Instead, he explained:

It is important to note that a reasonable, objective student is not a specific, actual student, or even an amalgam of actual students, but is instead a hypothetical student, one to whom the reviewing court imputes detailed historical background and knowledge, but also one who interprets the challenged conduct in light of that knowledge with the level of intelligent sophistication that a child of the relevant age would bring to bear.

An objective student is also presumed to know that the Dover School Board advocated for the curriculum change and disclaimers in expressly religious terms, that the proposed curriculum change proposed massive community debate over the Board’s attempt to inject religious concepts into the science curriculum, and that the Board adopted the ID policy in furtherance of an expressly religious agenda…Additionally, the objective student is presumed to have information concerning the history of religious opposition to evolution and would recognize that the Board’s ID Policy is in keeping with that tradition…Moreover, the objective student is presumed to know that encouraging the teaching of evolution as a theory rather than as a fact is one of the latest strategies to dilute evolution instruction employed by anti-evolutionists with religious motivations.
Id. at 723, 728 (emphasis supplied).20

In other words, the “objective ninth-grade observer” was merely Judge Jones, sitting up on his bench tapping his pen to his chin, and reflecting back perhaps on the “level of [his] intelligent sophistication” in the ninth-grade, but imputing to himself at that time knowledge he had acquired only as of the date of his decision. He subjected that knowledge to a tortuous application of law and a vacuous application of logic, all on the false premise that science and religion are not only incompatible, but mutually exclusive; and then concluded, simplistically, that public schools are supposed to teach “science”, not “religion”, and that the school board was trying to poison the Petri dish by injecting “religion” into “science.”

Well, he was having none of that.

Had the school board appealed Judge Jones’ decision, his decision might have been upheld and it might have been reversed. The Supreme Court might even have elevated to a holding that which it relegated to a footnote in Torasco; or, conversely, the Supreme Court might have receded from what it acknowledged in Torasco and explained how it could be that Atheism and Secular Humanism aren’t “religions” after all.
Either way, an appeal would have put the issue front and center, and its resolution would have clarified the law for public schools and their school boards that want Intelligent Design considered alongside of Evolution in the public classroom.

But there was no appeal and so, for now, we can only speculate.

Meanwhile, ninth-graders in Dover County, Pennsylvania, are required to accept evolutionary theory as fact without any consideration of its only alternative. In effect, they are being induced to conclude that they are accountable to no one and no Thing, save for the basest of instincts supposedly evolved out of nothing.

It is no wonder if they live their lives accordingly.

I spent two years after law school working for a federal District Court Judge in Tampa, Florida, a federal trial court judge at the same level as Judge Jones. They are among the most dedicated, often overburdened, upright and bright attorneys the United States legal system has to offer. Notwithstanding the demands on his time, Judge Jones took the time to read and respond to the article you’ve just read and I feel it incumbent upon me to bring attention and call respect to that kind of dedication and professionalism. While the response was more personal than legal, I want to thank him publicly for the civility in offering it and commend him for the effort it took to do so, to respond to an attorney he doesn’t even know on a topic about which we vehemently disagree when he has seemingly nothing to gain in the process.
As I told Judge Jones upon receipt of his email, my view of his opinion remains precisely the same, but my view of him as a Judge and fellow attorney changed, and drastically so.

20. The italicized assertion (in bold) is astonishing. Judge Jones shows his incredible bias here by averring, almost as a matter of law, that evolution is true as a matter of fact. 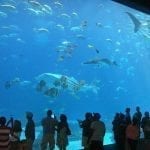 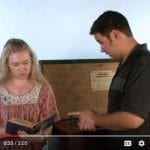