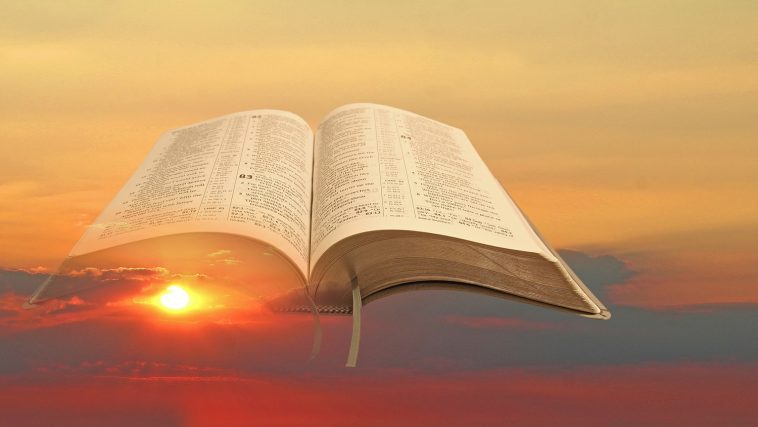 We here examine some assertions made by Troy, a young-earth creationist who has made some very unorthodox claims about conditions before the Genesis flood.

He believes that the length of a day was much shorter before the flood, only 18 to 20 hours per day and that the flood somehow changed this. As errors go, this is a fairly mild one, and there is nothing heretical or theologically damaging about such a speculation.

But the way in which Troy attempted to defend his conjectures involved serious errors in reasoning, in science, and in biblical interpretation. And these are the same kinds of errors that often lead to bad theology and even heresy.

It is crucial that Christians “accurately handle the Word of Truth” (2 Timothy 2:15). And sometimes the best way to learn to reason properly and to interpret the Scriptures correctly is to see how someone else fails to do these things properly.

Thus, by examining Troy’s many errors, we can become better thinkers, and more accurately handle the Word of Truth.

Troy: Perhaps you are unaware of the Bible’s mentioning of an asteroid impact that splits the earth asunder, causes it to wobble, and shakes every mountain and island till they are gone. See Isaiah 24 and Revelation 16 (7th seal [sic]).

Lisle: So many problems here. First, and most importantly, these chapters say absolutely nothing about a change in the length of days at the time of the flood, nor a change in earth’s rotational axis. Again, Troy is reading into the text what is not there.

Second, Troy does not seem to understand the genre of literature he is attempting to interpret. Isaiah and Revelation are not newspaper articles. Rather, both books are prophetic literature and employ a very different style from the more straightforward narrative of the Pentateuch and historical books. Isaiah, for example, uses the characteristic Hebrew poetic form of parallelism. To understand the imagery, the parallels need to be interpreted as a unit. Troy has failed to do so.

Third, neither passage is about the global flood or past events! Rather, each passage describes a time in the author’s future.

Fourth, no “asteroid” is mentioned in either passage. There is no hint of anything even remotely resembling an asteroid in Isaiah 24. Troy might think that the hailstones in Revelation 16:21 are asteroids, but this goes beyond the text.

Fifth, even if we did interpret Revelation 16 in a wooden-literal sense contrary to its context, it does not say that the days changed length or that the earth changed its tilt. So, this doesn’t support Troy’s claims in the slightest. This is merely a red-herring fallacy — a distraction that has nothing to do with the issue at hand.

Troy: You say it’s impossible. The Bible and many studied individuals says [sic] differently than [sic] you.

Lisle: We have already seen that the Bible doesn’t remotely support Troy’s conjectures. As for “many studied individuals,” please show me one Ph.D. physicist who believes that an asteroid impact changed the tilt of the earth by 23 degrees or slowed its rotation by 4 hours within the biblical timescale.

Troy: Maybe you should do some self re-evaluation instead of pointing out grammar and arguing your opinion over someone elses [sic].

Lisle: Here Troy attempts an ad-hominem fallacy. When a person’s claim cannot be defended by any rational argument, he often attempts to attack the character of his opponent. While this may have an emotional impact, it is irrelevant to the argument. It’s also self-refuting. What has Troy been doing except “arguing [his] opinion over someone else’s?” The difference is that Troy’s opinion is not supportable by science or hermeneutics.

Troy: You repeatedly point out that Jesus said “12 hours in a day.” Your argument is that ever since the fathers have fallen asleep, 24 hours remains the same. Essentually [sic] saying that the rate of today is the same rate its [sic] always been. That is the same mistake the Uniformitarian proponents make. You both overlook the destruction and subsequent environmental changes that occurred from the global, catastrophic flood.

Lisle: Here Troy confuses uniformitarianism with uniformity/continuity. The former is the assumption that conditions have always been as they are now, particularly when there is evidence to the contrary. So, to deny the global flood on the basis that there is no global flood today would be a uniformitarian assumption because there is evidence (both biblical and scientific) to the contrary.

Conditions, such as weather, change from day to day. Thus, we can have sunshine on Monday, but a flood on Tuesday. These conditions God allows to change with time. The global flood is a spectacular example of weather conditions that were extreme and unlike today.

However, there are some things that God does not allow to change. For example, God has promised us a degree of uniformity/continuity in nature (Genesis 8:22) — including the day and night cycle. There are underlying laws of physics that do not arbitrarily change with time because they are demonstrations of God’s unchanging power. The law of gravity is one example. So is conservation of energy and momentum.

Since these underlying cycles do not arbitrarily change with time, we can and should apply them to the past and the future. This is the principle by which we learn from past experience because, in terms of basic principles, the future is like the past. Notice that Jesus endorses this principle in Matthew 16:2–3 when He points out that people can make short-term weather predictions by noticing the appearance of the sky. We can only do that because of past experience and the underlying assumption that God upholds the universe in a consistent way.

To be consistent, Troy should disagree with Jesus and say, “You are wrong, Jesus. You are assuming uniformitarianism! Just because in the past when the sky was red we had fair weather does not mean that in the future it will be that way. You are assuming that ‘all things continue as they were from the beginning of creation!’” But in fact, Troy would be mistaken because Jesus was rightly claiming that some things really do remain constant — including laws of physics upon which meteorology is based. The recession of the moon is based on laws of physics — not on conditions like erosion or rainfall that would have been different during the global flood.

Jesus again confirms that some things do not change in Luke 17:26 where He says, “And just as it happened in the days of Noah, so it will be also in the days of the Son of Man.” He does not say, “the days will be four hours longer than the days of Noah.” Rather, He emphasizes the similarity. My point is not to emphasize the length of those days specifically, but to point out that it would be absurd to accuse Jesus of promoting uniformitarianism when Jesus rightly believes that some things have not changed since creation. 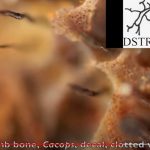