Does the fact that in Hebrew the definite article “the” is not present in Genesis One verse one mean that “Beginning” is not absolute?

Does it mean that there could be other beginnings before the beginning described in this verse?

Because this is the first verse of the entire Bible, it only makes sense for it to be talking about the “Absolute Beginning.” And the grammatical form used in Genesis 1:1 is the only way to describe “absolute beginning.”

Absolute Beginning and the Definite Article in Hebrew

In all of the biblical passages which refer to Creation’s absolute beginning we never see a definite article.

“As He began, God created the heavens and the Earth.”

This is the meaning.
Otherwise it would have said, “As He continued, God created. . .”

If it were not “Absolute Beginning” then it would have said, “Once upon a time” But it did not say this. Rather the translations could easily be stated, “Upon commencing,” “Upon Initiating,” or “In ‘HEAD’ point.”

If this were not an account of the absolute beginning, then the word Beginning would not have been used.

The word beginning (Reshiyth – H7225), which occurs 51 times in the Hebrew of the Old Testament, never has the article. This is because it always has the meaning of

In particular four clear passages parallel our usage in Genesis 1:1 are found in Jeremiah in reference to the beginning of the reign of several kings. Each case does not mean one of many beginnings but the absolute beginning of their reign (Jer. 26:1; 27:1; 28:1; 49:35).

If the word ever means “one of many beginnings” then it loses any sense of beginning at all. It is an oxymoron to speak of multiple beginnings. It makes no more sense than a pair of three, or one hand clapping, or a square circle.

This word for beginning occurs 51 times. If you would like to get a feel for its usage here are a few samples:

Which of these would make any sense if it were translated as “one of many beginnings” or “A beginning” ?

Beginnings and Endings must be complete to have meaning

Returning to Genesis One, verse one – that this was the beginning is confirmed in the explanation of John who says that outside of this beginning there was not one thing that was made, ever. All things were made through/by Him; and without Him/ apart from Him was not a single thing made that has ever been made.

By saying that all things were made by Him from this “beginning” it confirms that this beginning is not “one of many beginnings” but every single thing’s only beginning (Rev. 4:11). The word beginning is used because the only meaning of this word is “Point ‘A’ [Alpha]” – onset, absolute beginning – not continuation or “once upon a time.”

For in/by Him were ALL things created, in the heavens and upon the earth, things visible and things invisible, whether thrones or dominions or principalities or powers; ALL things have been created through Him, and for Him; and He is before all things, and in Him all things consist. Colossians 1:16-17

It means from the First. If it were “A” first then it is not a first at all, but only one among many exceptional events.

Genesis One goes on to explain that this “Beginning” was the first by describing the activities that had just transpired in v. 1-5 as “Day One.” “Day One” cannot have a sense of “A Day One” without losing any sense.

All of these are absolute and definite by virtue of their very meaning.

What does “All” Mean?

Genesis goes on to explain that the events described in these beginning six days were an account of the Creation of all things in heaven (with all their host) and earth (including the seas). This precludes anything cyclic or a mere continuation or repetition of many previous beginnings. In the Christian worldview there has to be an actual first.

If “beginning” only means “one of many beginnings,” then “All” here must mean “an all” or “one of many alls.” Which reduces the meaning once again to shear nonsense.

“All” always means “the all” or “the complete sum total of all things” in a given category.

Because this is the account of the origin and creation of all things then it must be the Absolute Beginning.

In the beginning God created the Heaven and the earth. Genesis 1:1 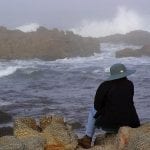