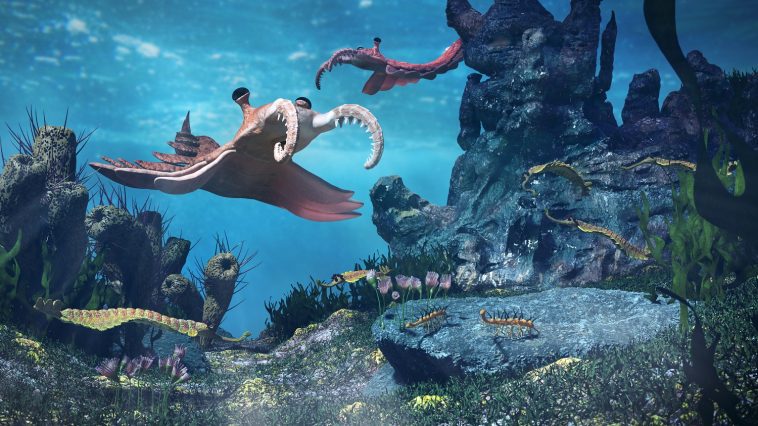 [Originally published as The Cambrian Miracle]

Why could the Cambrian layers be called a “miracle”? Because we find an extremely rich fossil record that seemingly exploded out of nothing in the Cambrian level of the geologic column. The Cambrian layers are among the lowest sedimentary layers of the earth’s crust. The only organisms found below this level, i.e., the pre-Cambrian, are microscopic bacterial organisms.

We have been taught by evolutionary scientists that all living organisms are related to one another, and they arise from biologically simpler life forms over hundreds of millions of years. So, finding microbes in the pre-Cambrian layer in the geologic column would not be thought to be a surprise. In fact, it would be a prediction of the molecules-to-men theory of evolution.  What is problematic with this evolutionary scenario is what we find after these microorganisms appear. Evolutionists refer to the Cambrian “explosion” because of the massive influx or radiation of complex invertebrates that suddenly appear there.

Fossils do not form easily, and it’s even rarer to find soft tissue preserved. Recently, a discovery in China has sent evolutionary paleontologists into a state of hyperexcitement. Why? Because they found well-preserved specimens, complete with examples of many new Cambrian organisms.

The study yielded a bunch of related articles announcing that a “Bonanza of Bizarre Cambrian Fossils Reveals Some of the Earliest Animals on Earth” had been discovered. One article went on to say:

All told, the team uncovered fossils of more than 50 species unknown to science. Many of the fossils — bell-shaped jellyfish, spiky worms, armored arthropods and more — retain an astonishing level of detail in their preserved soft tissues, such as gills, digestive systems and even eyes. (Weisberger, 2019)

These complex invertebrates were so well preserved that they could see distinctly new animals, along with bell-shaped jellyfish that were almost indistinguishable from their modern counterparts. In evolutionary jargon, remaining unchanged from the fossil form to living specimens is called stasis. An organism that vanishes from the fossil record for one or more geological periods but turns up in living ecosystems is known as a Lazarus taxon (plural taxa). It is a reference to the resurrection of Lazarus of biblical fame. He was a friend and disciple of Jesus of Nazareth, who, in the Gospel of John chapter eleven, is raised from the dead by Jesus the Messiah.

Remember, these fossils are supposed to be 490-530 million years old. Seeing jelly fish and arthropods that closely resemble horseshoe crabs making their first appearance during the Cambrian Explosion does not lend credence to the theory of evolution.

This sudden appearance of complex organisms with well-developed gills, digestive systems, and eyes appearing abruptly without any discernable precursors other than single-celled microorganisms fits better as evidence for special creation rather than Darwinian evolution.

What are some of the explanations evolutionary science has for this explosion of complex lifeforms apparently arising from the Precambrian bedrock?

All evolutionary scientists agree that the precursors that brought about the sudden Cambrian explosion were complex and multifaceted.

Thus, the Cambrian explosion required environmental triggers. Nutrient availability, oxygenation, and change of seawater composition were potential environmental triggers. The nutrient input, e.g., the phosphorus enrichment in the environment, would cause excess primary production, but it is not directly linked with diversity or disparity. Further increase of oxygen level and change of seawater composition during the Ediacaran-Cambrian transition were probably crucial environmental factors that caused the Cambrian explosion, but more detailed geochemical data are required. (Zhang & Shu, 2013)

Of course, the elephant in this evolutionary room is the sudden appearance of these complex invertebrates fully formed without any precursors. Even if the proponents of Darwinian evolution reluctantly admit this finding is supportive of the view of special creation, they cannot afford to lend credence to anything that involves a Creator or Intelligent Designer. Unless, of course, they are referring to aliens, as the co-discoverer of the DNA molecule, Francis Crick and his colleague L.E. Orgel, do:

As an alternative to these nineteenth-century mechanisms, we have considered Directed Panspermia, the theory that organisms were deliberately transmitted to the earth by intelligent beings on another planet. (Crick & Orgel, 1973)

They came to this conclusion after exhausting all efforts to explain how spores (or other resilient lifeforms) might have traveled through space to land on planet earth by natural means.

What shall we say concerning the Cambrian miracle?

If we use the biblical definition of a miracle, i.e., that the Creator suspends the natural laws of science, such as iron floating or the parting of the Red Sea, the Cambrian explosion was a truly miraculous event.

Let’s not mince words; at the Creation Studies Institute, we will continue to stand upon the eternal Word of God. We will take God at His Word by believing the living Word of God, John 1:1, as He is revealed to us in the written Word of God, the Bible. The choice is clear, either alien lifeforms seeded this planet with a myriad of living organisms or “In the beginning, God created the heavens and the earth,” Gen. 1:1. 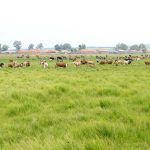 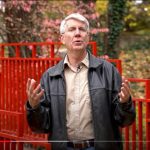