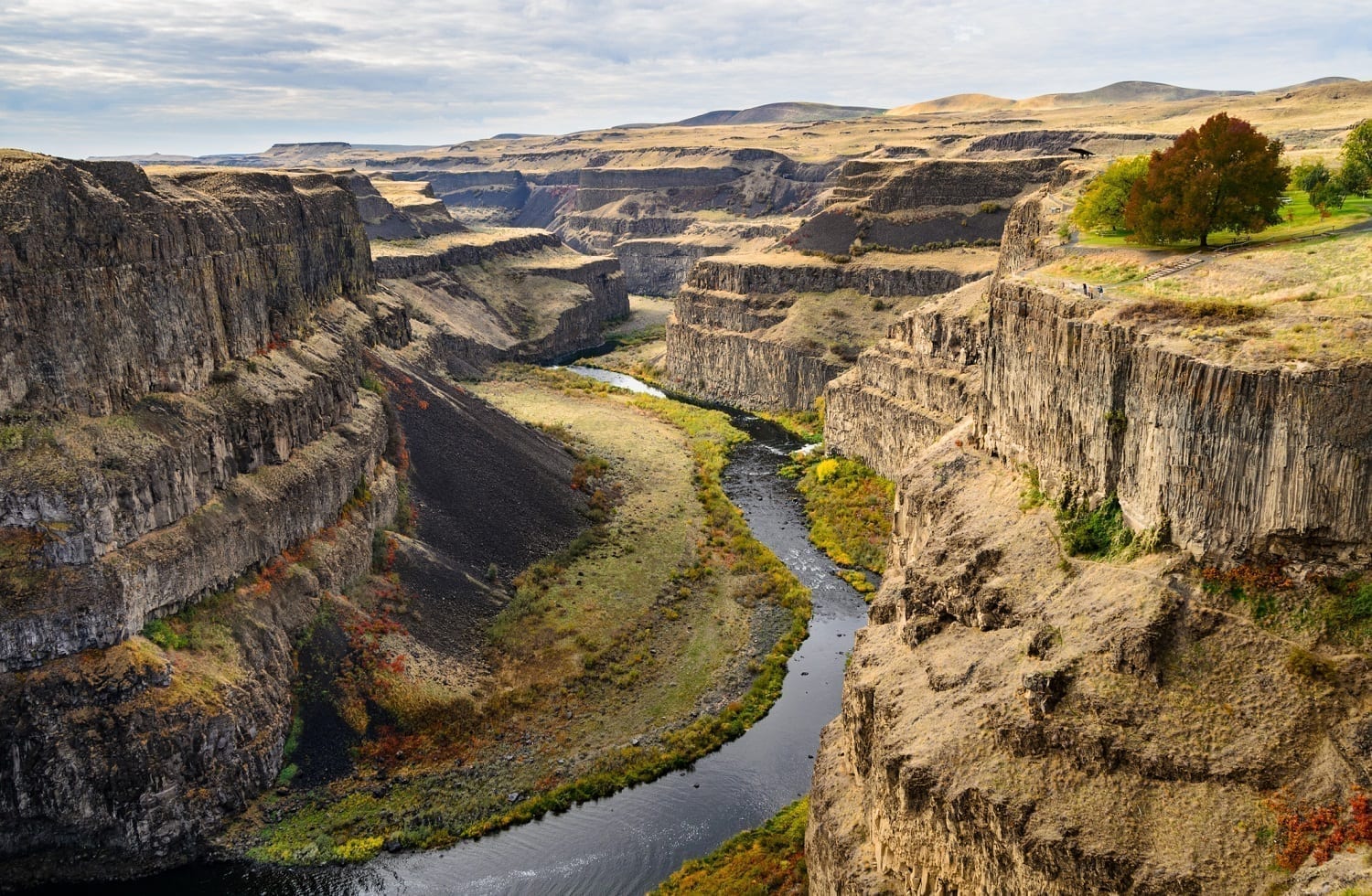 [Originally published as RSR’s List of Not So Old Things]

The primary surface features of the Scablands, which cover thousands of square miles of eastern Washington, were long believed to have formed gradually. Yet, against the determined claims of uniformitarian geologists, there is now overwhelming evidence as presented even in a NOVA TV program that the primary features of the Scablands formed rapidly from a catastrophic breach of Lake Missoula causing a massive regional flood.

Of course evolutionary geologists still argue that the landscape was formed over tens of thousands of years, now by claiming there must have been a hundred Missoula floods. However, the evidence that there was Only One Lake Missoula Flood has been powerfully reinforced by a University of Colorado Ph.D. thesis. So the Scablands itself is no longer available to old-earthers as de facto evidence for the passage of millions of years.

is in Wyoming just east of Yellowstone. This mountain did not break apart slowly by uniformitarian processes but in only about half-an-hour as widely reported including in the evolutionist LiveScience.com, “Land Speed Record: Mountain Moves 62 Miles in 30 Minutes.” The evidence indicates that this mountain of rock covering 425 square miles rapidly broke into 50 pieces and slid apart over an area of more than 1,300 square miles in a biblical, not a “geological,” timeframe.

This still-writable ink had dehydrated but had not decomposed! The British Geological Survey’s Dr. Phil Wilby, who excavated the fossil, said,

It is difficult to imagine how you can have something as soft and sloppy as an ink sac fossilised in three dimensions, still black, and inside a rock that is 150 million years old.

And the Daily Mail states that, “the black ink was of exactly the same structure as that of today’s version,” just desiccated. And Wilby added,

Normally you would find only the hard parts like the shell and bones fossilised but… these creatures… can be dissected as if they are living animals, you can see the muscle fibres and cells. It is difficult to imagine… The structure is similar to ink from a modern squid so we can write with it…

Why is this difficult for evolutionists to imagine? Because as Dr. Carl Wieland writes, “Chemical structures ‘fall apart’ all by themselves over time due to the randomizing effects of molecular motion.”

Decades ago Bob Enyart broadcast a geology program about Mount St. Helens’ catastrophic destruction of forests and the hydraulic transportation and upright deposition of trees. Later, Bob met the chief ranger from Haleakala National Park on Hawaii’s island of Maui, Mark Tanaka-Sanders. The ranger agreed to correspond with his colleague at Yellowstone to urge him to have the sign removed. Thankfully, it was then removed. (See also Answers in Genesis, Creation Ministries International, and all the original Yellowstone exhibit photos.)

Groundbreaking research conducted by creation geologist Dr. Steve Austin in Spirit Lake after Mount St. Helens eruption provided a modern-day analog to the formation of Yellowstone fossil forest. A steam blast from that volcano blew over tens of thousands of trees leaving them without attached roots. Many thousands of those trees were floating upright in Spirit Lake, and began sinking at varying rates into rapidly and sporadically deposited sediments. Once Yellowstone’s successive forest interpretation was falsified, the erroneous sign was removed. 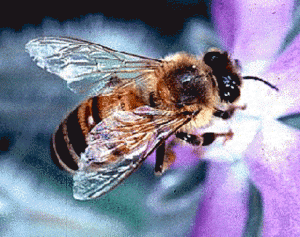 These two populations of bees have been separated supposedly for seven million years. A researcher decided to put the two together to see what would happen.

What we should have here is a failure to communicate that would have resulted after their “language” evolved over millions of years. However, European and Asiatic honeybees are still able to communicate, putting into doubt the evolutionary claim that they were separated over “geologic periods.” For more, see the Public Library of Science, Asiatic Honeybees Can Understand Dance Language of European Honeybees. (Oh yeah, and why don’t fossils of poorly-formed honeycombs exist, from the millions of years before the bees and natural selection finally got the design right? Ha! Because they don’t exist! 🙂 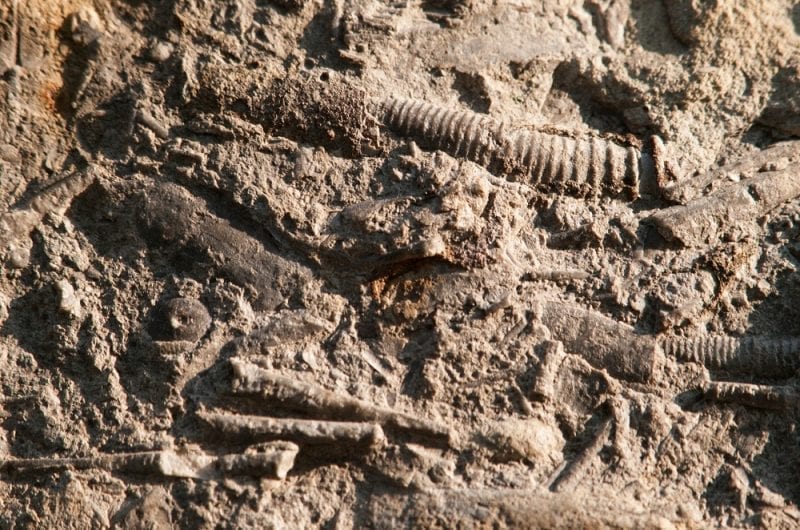 In the Grand Canyon there is a limestone layer averaging seven feet thick that runs the 277 miles of the canyon (and beyond) that covers hundreds of square miles and contains an average of one nautiloid fossil per square meter. Along with many other dead creatures in this one particular layer, 15% of these nautiloids were killed and then fossilized standing on their heads. Yes, vertically.

They were caught in such an intense and rapid catastrophic flow that gravity was not able to cause all of their dead carcasses to fall over on their sides. Famed Mount St. Helens geologist Steve Austin is also the world’s leading expert on nautiloid fossils and has worked in the canyon and presented his findings to the park’s rangers at the invitation of National Park Service officials.

Austin points out, as is true of many of the world’s mass fossil graveyards, that this enormous nautiloid deposition provides indisputable proof of the extremely rapid formation of a significant layer of limestone near the bottom of the canyon, a layer like the others we’ve been told about, that allegedly formed at the bottom of a calm and placid sea with slow and gradual sedimentation. But a million nautiloids, standing on their heads, literally, would beg to differ. At our sister site, RSR provides the relevant Geologic Society of America abstract, links, and video.

“When we started pulling leaves out of the soil, that was surreal, to know that it’s millions of years old…”

sur-re-al: adjective: a bizarre mix of fact and fantasy.

Gold Precipitates in Veins in Less than a Second

After geologists submitted for decades to the assumption that each layer of gold would deposit at the alleged super slow rates of geologic process, the journal Nature Geoscience reports that each layer of deposition can occur within a few tenths of a second. Meanwhile, at the Lihir gold deposit in Papua New Guinea, evolutionists assumed the more than 20 million ounces of gold in the Lihir reserve took millions of years to deposit, but as reported in the journal Science, geologists can now demonstrate that the deposit could have formed in thousands of years, or far more quickly! 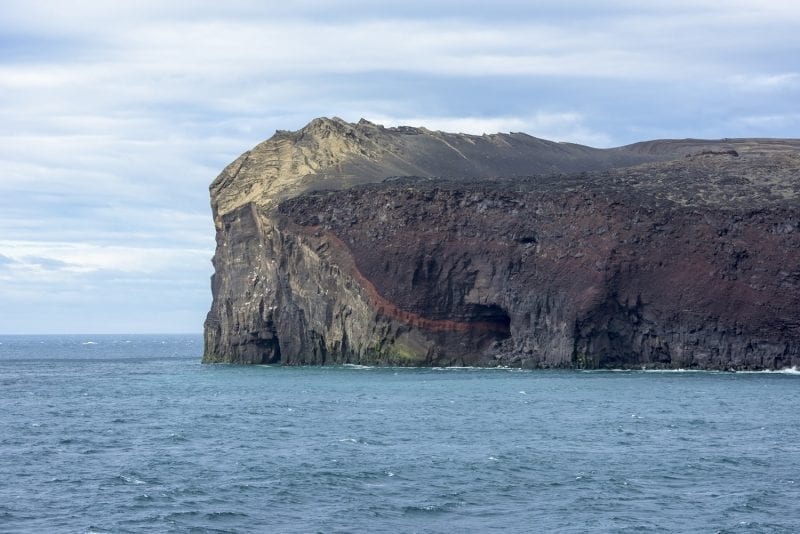 Of the volcanic island that formed in 1963, New Scientist reported in 2007 about Surtsey that,

geographers… marvel that canyons, gullies and other land features that typically take tens of thousands or millions of years to form were created in less than a decade.

Yes. And Sigurdur Thorarinsson, Iceland’s chief geologist, wrote in the months after Surtsey formed, “that the time scale,” he had been trained “to attach to geological developments is misleading.” For what is said to “take thousands of years… the same development may take a few weeks or even days here,” including to form “a landscape… so varied and mature that it was almost beyond belief” with “wide sandy beaches and precipitous crags… gravel banks and lagoons, impressive cliffs… hollows, glens and soft undulating land… fractures and faultscarps, channels and screes… confounded by what met your eye… boulders worn by the surf, some of which were almost round…”