Geologic evolution teaches that earth formed as a hot, molten blob that slowly cooled enough for water to collect and form the first oceans around three billion years ago. Now, if the oceans are really this old, they should be extremely salty. Why? Well, every year erosion, rivers, glaciers, and even atmospheric and volcanic dust dumps about 458 million tons of salt into the ocean. Some of this salt, about 122 million tons, leaves the ocean through natural process but every year the oceans get a little bit more salty.

Now, let’s assume the oceans start out with zero salt. Using today’s uniformitarian rates of accumulation, the oceans reach their salt level in just 42 million years. So where’s the over 2.5 billion years of salt? It’s nowhere to be found!

Okay, so it seems that this is blowing evolutionary geology out of the water – but is this also a problem for creation? After all, 42 million years is clearly more than 6,000. But, the current levels of ocean salt actually make perfect sense from a Biblical perspective. The global Flood of Noah’s day would have added dramatically to the amount of salt in the ocean through catastrophic erosion and volcanic activity. After that massive, catastrophic addition of salt, today the oceans get a little bit saltier each year through normal, natural processes.

The idea of millions of years fails to explain what we observe in our present world. Science is clearly showing us that there are grave problems with evolutionary theories.

And this is just one more scientific reason that you shouldn’t believe in evolutionary geology. It takes a LOT of faith. 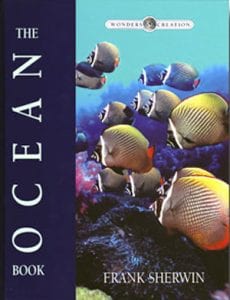 The Ocean Book – by Frank Sherwin

The oceans may well be Earth’s final frontier. These dark and sometimes mysterious waters cover 71 percent of the surface area of the globe and have yet to be fully explored, Under the waves, a watery world of frail splendor, foreboding creatures, and sights beyond imagination awaits.

Find this book in the Creation Superstore 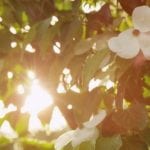 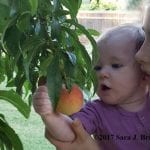