[Originally published as What I Learned about Grand Canyon in Israel]

Nearly 7,500 miles separate Tusayan, AZ on the south rim of Grand Canyon and Timnaʿ National Park in southern Israel. What could anyone possibly find in Israel that might connect it with Grand Canyon? Timnaʿ sits in a desert landscape reminding travelers of some sections of the American Southwest—that is except for the clear differences in fauna and flora.

As an example, instead of desert bighorn sheep found in Grand Canyon, Timnaʿ offers ibex. However, the landscapes of both regions display similar geological features. No, the Arabah cannot be equated with Grand Canyon, but some significant features occur in both locations.

The valley of Timnaʿ and its 1,600–2,300-foot sandstone cliffs are located about twenty miles north of the Red Sea’s Gulf of Aqaba. For up to almost 5,000 years people have mined and smelted copper in this region. In fact, only one other location on the globe has experienced such a long mining history—southern Spain’s Rio Tinto region.

Timnaʿ Valley opens into the Arabah on the east. The Arabah here is the southern extension of the same great geological rift valley that contains the Jordan River and the Dead Sea. Erosional features greeted us at every turn in the road as we began to circle a 1,500-foot, free-standing mountain in the middle of the valley floor. Erosion of the mountain’s sandstone produced what are known as “Solomon’s Pillars.” 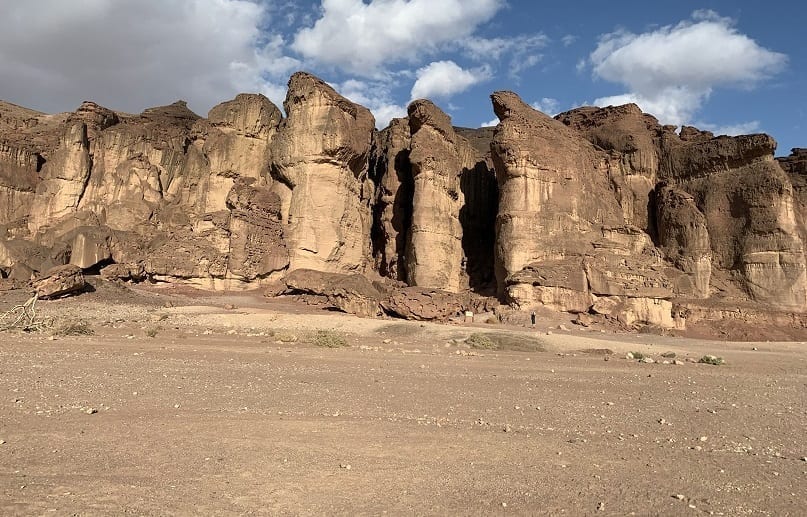 Solomon’s Pillars expose the Amudei Shelomo Formation of Cambrian sandstone. Cambrian rocks contain fossils such as trilobites giving evidence of life forms. As we approached the Pillars, our geologist, Dr. John Whitmore (Cedarville University) pointed out the feature we had come so far to see.

John and our small group of travelers walked to the foot of Solomon’s Pillars. At their base an unconformity (erosion surface) sits atop Precambrian rocks (often being sedimentary rocks without fossil life forms other than some fossil bacteria). However, below the unconformity at Solomon’s Pillars, we find Precambrian granite very similar to the basement granites in many parts of the Grand Canyon below the Great Unconformity lying underneath the Tapeats Sandstone.

John’s explanation to us echoed the observations Andrew had described in a 2010 article he published in the Answers Research Journal, “The Geology of Israel within the Biblical Creation-flood Framework of History: 2. The Flood Rocks.” Andrew made the following observations:

In Grand Canyon we make selected stops where we can lead our guests to a direct encounter with the “Great Unconformity”—the boundary at which the Tapeats Sandstone meets the Precambrian rock sequences below it. In some of those places we can put one hand on pre-Flood rock (sometimes on Day 3 creation rock, the basement granites and schists) and one hand on Flood rock.

The Tapeats forms the bottom layer of the sequence of horizontal water-deposited sediments—the first sedimentary layer produced by the Flood’s processes. Our experience at Solomon’s Pillars in the Timnaʿ Valley drove home the fact that the same unconformity exists globally within the same rock sequence above it and the same basement rocks below it.

This is the lesson of Solomon’s Pillars in Israel:

Grand Canyon’s sedimentary rock sequence offers a snapshot of what can be seen globally. 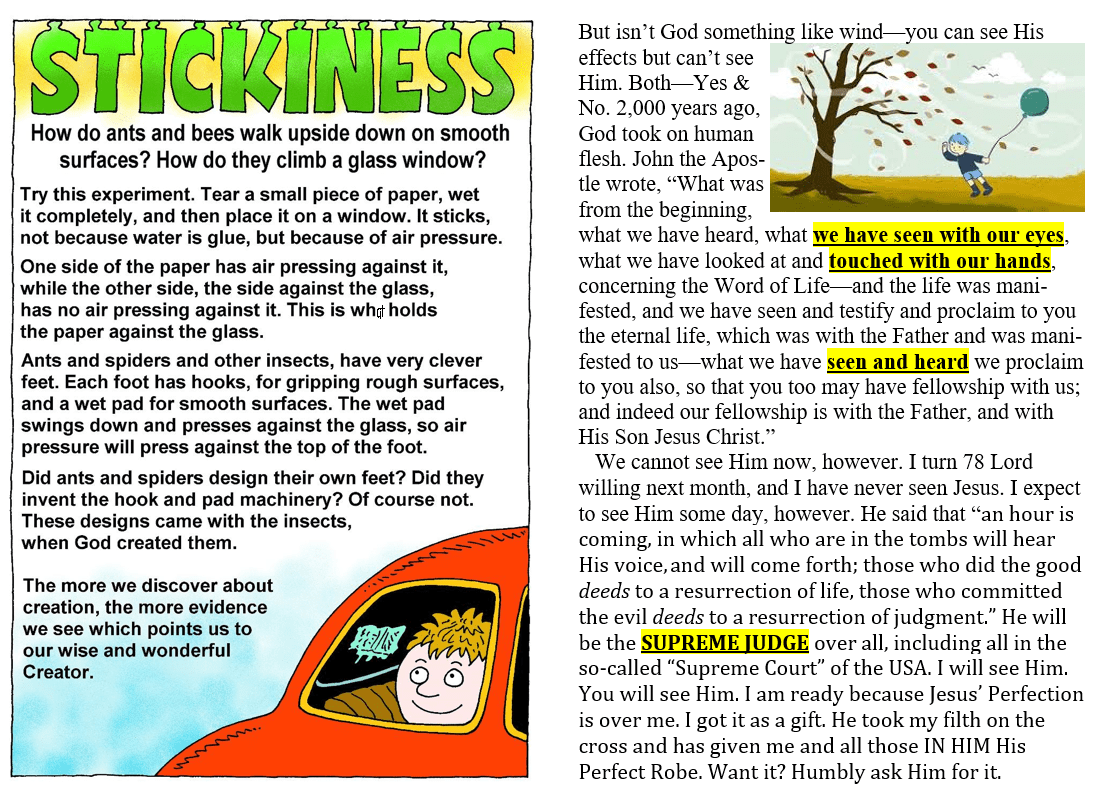