In this episode of VinSense I use the Legend of Zelda: Majora’s Mask to prove Creation. Prepare to be scared!
Subscribe to Home Schooled Nerd: http://bit.ly/dmbdsubscribe

The Legend of Zelda: Majora’s Mask (Japanese: ゼルダの伝説 ムジュラの仮面 Hepburn: Zeruda no Densetsu: Mujura no Kamen?) is an action-adventure video game developed by Nintendo’s Entertainment Analysis and Development division for the Nintendo 64. It was released in Japan on April 27, 2000; North America on October 26, 2000; and Europe on November 17, 2000.[4] Approximately 314,000 copies of the game were sold during its first week in Japan,[5] and three million copies were sold worldwide.[6] The game was rereleased for the Nintendo GameCube as part of The Legend of Zelda: Collector’s Edition, and the Wii’s Virtual Console service in the PAL region on April 3, 2009; Japan on April 7, 2009; and North America on May 18, 2009.[7] An enhanced remake for the Nintendo 3DS, titled The Legend of Zelda: Majora’s Mask 3D, was released in February 2015. 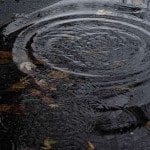