In the 1950s astronomers were using radio telescopes to learn more about the heavens and they discovered something very strange. These objects, which they named “quasi-stellar objects” (Quasars for short), were small but extremely bright despite being very, very, very far away. What were they?

Well, future research revealed Quasars are feeding black holes or active galactic nuclei. Black holes are basically objects with extremely high densities and a gravitational attraction so strong not even light can escape. Well, clouds of gas and dust can orbit black holes making them active black holes that will feed on this cloud. In a process that physicists don’t yet fully understand, some material rotates fast enough that massive jets, which can stretch for millions of lights years, are formed on either side of the black hole. These jets are particles accelerated to almost the speed of light. Quasars are so bright they outshine their entire host galaxy!

There are several kinds of active galactic nuclei. Quasars are pointed at an angle to us. Blazars are pointed straight at us and radio galaxies are perpendicular to us. These are all the same thing, just different perspectives and thus different names.

Quasars are the brightest thing in the universe. To give you some perspective, quasars can be 10 to 100,000 times brighter than our entire Milky Way galaxy! That’s some serious shine.

And some quasars are found in clusters. One cluster is so massive it’s an inconceivable 4 billion light years across! Now, naturalistic cosmological models, like the big bang, predict that matter and energy will be smoothly distributed throughout the universe. That’s based on the “Cosmological Principle.” But a 4 billion-light-year-diameter cluster of super-massive Quasars seriously challenges the currently accepted models of the universe’s origins.

But this shouldn’t be a surprise because there is a historical record found in the book of Genesis which gives us a different origin of the universe, and even a different timescale. The big bang model has accurately predicted a few things in cosmology… and it’s needed hundreds of adjustments for the things that it inaccurately predicted or didn’t account for. It’s not a robust scientific theory, and I think cosmologists will make new discoveries by leaps and bounds once they finally discard the big bang and start looking toward other models. Could I suggest the Biblical one? 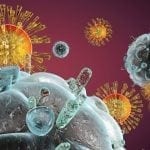 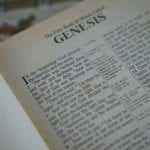