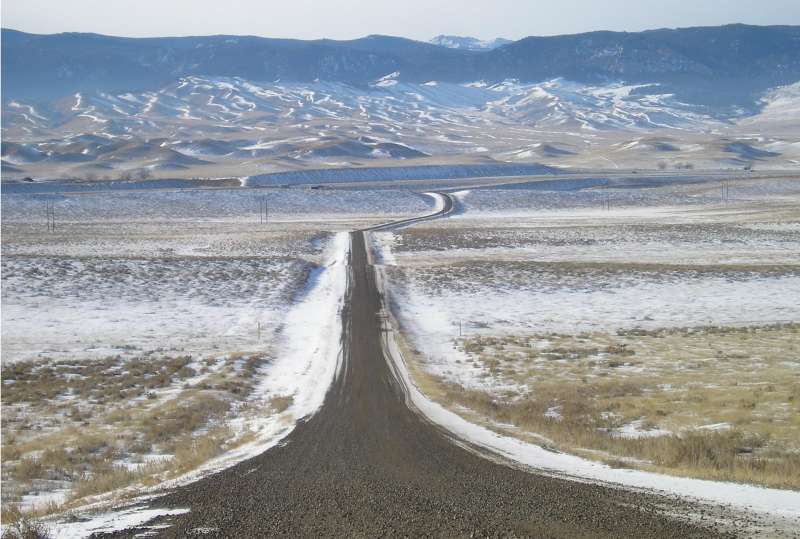 Greetings everyone! Welcome to Part 2 of this series on finding your calling. Most of us want to know what we should do with our lives, but we may be unsure what we are best suited for, or what God specifically has in mind for us. While I do not claim that you will discover your life’s mission through this series, my wish is to help my readers better understand what a successful life looks like, both in an earthly sense and an eternal sense.

Last month’s article was about keeping eternity in view as we live here on earth. If you didn’t read it or would like to read it again, you may check it out here: https://thecreationclub.com/whats-your-calling-part-1/

And now, without further ado, we shall dig into this month’s topic, which I have decided to call “the Way.”

There are many ways in which we can live, but there is only one right way. If we go in a wrong way, things will not go well for us; if we are on the Way, everything will eventually turn out in our favor. (“All things work together for good…”)

But what exactly is “the Way”, and what does it mean to be on it?

In its most basic and inclusive sense, Jesus is the Way (“I am the way, the truth, and the life…”), so to follow Jesus is to be on the Way. But for this article, we shall define the Way as “living in harmony with God and the Universe.”

That may sound rather strange, but let me put it this way: Many people have the idea that God directly and explicitly punishes people for doing bad things. The truth is, God rarely punishes someone for doing wrong (failing to go in the Way). Their perceived “punishment” is a direct result of doing wrong. If you disobey the law of gravity by stepping off a cliff, you will fall—not because God (or anyone else) is punishing you for disobeying the laws set in place, but because falling is the direct and natural result of ignoring the law of gravity. In the same sense, God doesn’t punish a homosexual by giving him AIDS—a homosexual can get AIDS because he has disobeyed a law of nature (by refusing to go in the Way), and obtaining the sickness was the natural outcome. When a girl has a child out of wedlock, she is certain to have a hard time of it in the months and years to come, whether from financial, emotional, or spiritual issues. Again, God is not punishing her for committing fornication; the problems were the direct and natural result of her refusing to go in the Way. Also, when a wealthy businessman does something unethical, he will be followed for the rest of his career by a nagging conscience or an angry populace—again, not because God is punishing him, but because such is the natural consequence of leaving the Way.

So you see, living in the Way ultimately involves living in harmony with the Universe and its Creator; obeying the laws set in place by God. In this sense, the Universe could be compared to a complex clockwork system: If one gear in the clockwork is corroded or damaged, the whole system suffers, but none so much as the individual gear. Likewise, if one person is refusing to obey the laws of the Universe (actually the laws of God), whether by ignoring the law of gravity or the law of ethical business dealings, he will feel out of sorts with himself, with the world, and—most significantly—with his Creator.

Of course, we cannot be on the Way if we are harboring sin in our lives.

But now we are moving into dangerous territory. When I tell people that Christ through His death and resurrection has enabled (and commanded) us to live without sin, they always get a little defensive. They usually respond with something like, “Okay then, are you living without sin?” Of course, this isn’t a very relevant question; God’s commands are God’s commands, whether I am following them or not. All the same, people will ask, and they insist very adamantly that it isn’t possible to live a life without sin.

At points like this I would ask, “Alright, then; when Jesus told the woman taken in adultery “go, and sin no more,” (John 8:11) what did He mean? Was He serious, or was He joking with her? Would He tell her—or any of us—to do something, knowing full well that she couldn’t do it?”

The obvious answer is, of course, that Jesus meant for the woman to literally sin no more, or He would not have said it. And certainly, He would never demand of us something we could not give. Hence, it is clear that we are expected to live lives without sin, and that to do otherwise is to be going a wrong way.

Some of you are probably scratching your heads and wondering what on earth holy living has to do with finding one’s purpose and living successfully. To that I would respond that it has everything to do with it. To be successful, we must be in harmony with the Universe and God, but to be disobeying God’s law is to be living in discord. Also, to find our true purpose—God’s purpose for us—we must naturally be doing His will, which involves living without sin.

Now, if you’re one of those sensible chaps who keeps his feet on the ground and doesn’t think too much about religion, this won’t help you at all. In fact, all you have to do is figure out what you were made to do—an impossible task if you wish to do it successfully, but you might come close—and then follow the Way as closely as you can (no walking off cliffs or doing shady business deals), but without going so far as to cause any major inconvenience. After all, you certainly needn’t follow the Way so closely as to disrupt your way of life—leaving your social circle, changing your lifestyle, or introducing anything so complex and difficult as Bible reading or prayer. You might as well stop reading now and go on to live your life as successfully as you may; you’ve gotten all the good you’re going to get from me.

On the other hand, I trust that most of you are serious about your convictions, and you want to do what’s best—not just the least you can get away with.

Now, I said a few paragraphs ago that to be on the Way we must be living without sin. I would hasten to add, however, that, try as we might, we can’t do it ourselves. Even though Jesus commanded us to live without sin, we can’t do it unless He is working in us, making us able to overcome temptation, addiction, and bad habits. That may seem counterintuitive to some, but remember that salvation works in exactly the same way—we know we cannot save ourselves; Jesus must do that for us. Even though we are instructed to be saved, all we can do is let Jesus save us by accepting His will. In the same way, to give up sin we have only to trust Jesus to do the work in us—to believe that, as He gave the command, so He will give us the power to fulfill it.

I hope it is clear by now that, not only have we every good reason for sinning “no more”, but that, indeed, we must in order to please God and be useful in this life.

But now we must ask how we are to live without sin. Many people, I think, only find this topic difficult because they don’t understand exactly what it means to sin. Naturally, we do not necessarily sin when we fall because of our unavoidable human frailty. We may be forgetful and tell someone something that isn’t true because of it, but we have not lied unless we meant to deceive them. We may suddenly become angry at someone and say something unkind before we can check ourselves, but we haven’t really sinned even then, as long as we get ahold of ourselves and apologize, if we can, for our outburst. Even randomly having an unclean thought is not a sin, unless we yield to the inclination and go on thinking about it.

James said, “every man is tempted, when he is drawn away of his own lust, and enticed. Then when lust hath conceived, it bringeth forth sin” (James 1:14-15a). Therefore, experiencing temptation is nothing to be ashamed of, for it isn’t wrong. What’s wrong is when we give in to temptation, doing something even when we know (or suspect) that it displeases God.

Spiritual perfection is not ultimate perfection. We are a fallen race, and we have fallen even farther than Adam because of the world’s constant deterioration, not to mention our generation’s tendency to release dangerous toxins and genetically modified organisms into our environment. As humans, our minds and bodies will always have their weaknesses which will inevitably inhibit us to some degree. Spiritual perfection is about being so close to God that nothing else really matters to us. When we are so close to Him, sin will disappear completely, and, if we are filled with His Spirit, we will find that even those occasional dark thoughts and angry flare-ups—yes, even any primal desire to do evil—will disappear, as our sin natures are eliminated and replaced by His Spirit.

But now we are getting into sanctification, which is a little off the topic.

And this concludes the second part of this series on finding your calling. We have seen that, in order to be truly successful on Earth or in Heaven, we must be living in harmony with the Universe and with God. This ultimately means following God’s law completely, allowing Him to make us righteous and keep us on the Way.

Thanks for reading—catch you all next month! 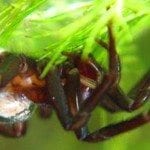 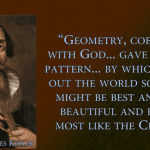