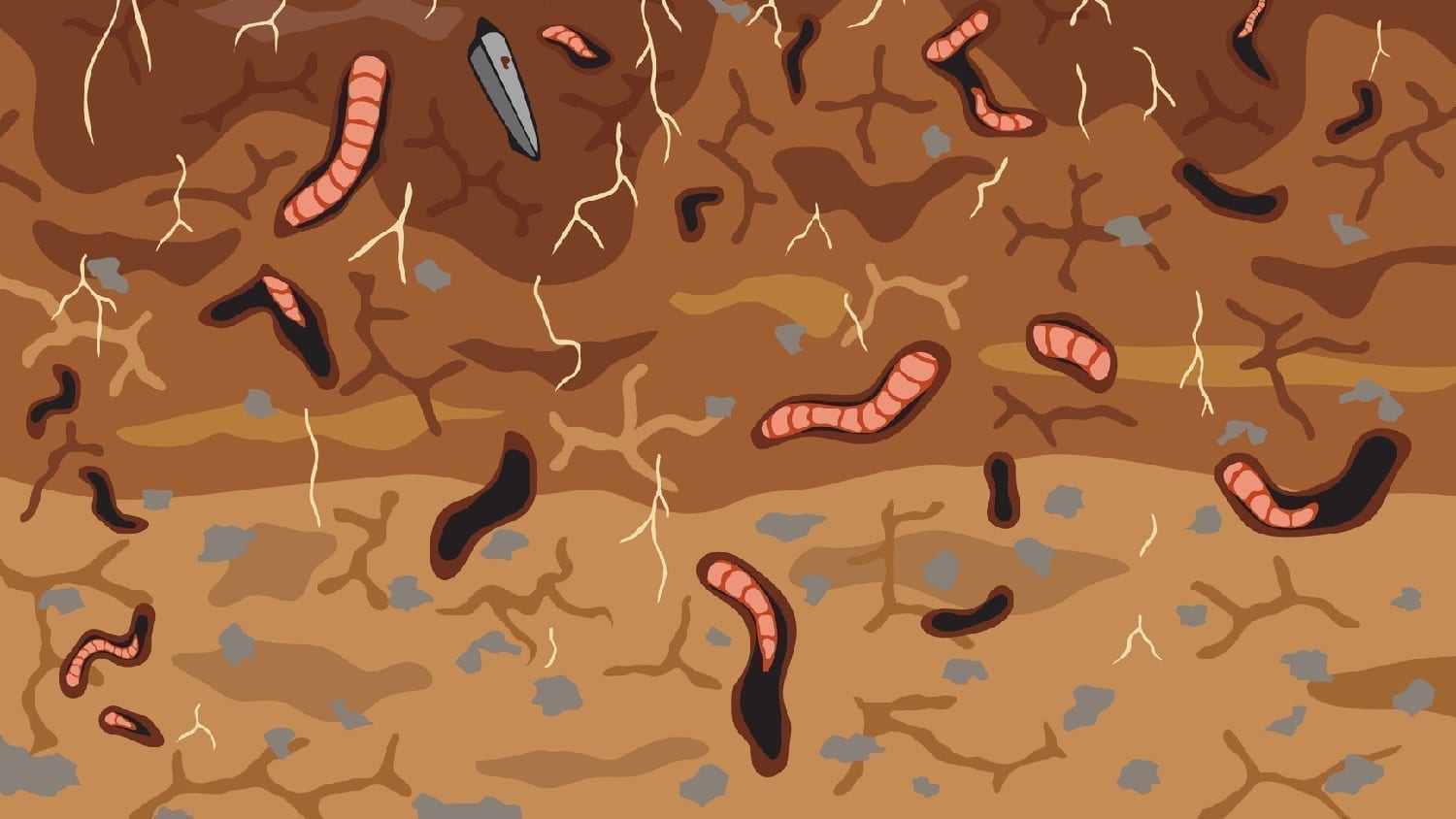 Bioturbation comes up once in a while when discussing the strati-graphic record. Given that it comes up, it is important for creationists to understand it and why it points strongly to the rocks being laid down quickly, not slowly over millions of years. In this article, we will walk through bioturbation and it’s impact on the two scenarios for the age of the earth.

Bioturbation is a natural process that happens all the time in the soil. Between insects burrowing in the ground, animals digging in it, and worms burrowing through it, the first couple of feet of soil are constantly being turned over. Earthworms even eat soil, then excrete new soil as a waste product. So the top few feet of sediment always has tracks, divots, and tunnels through it due to animals living in and on it.

As an example, consider the header image and the image below. I added sand to one of my aquariums in preparation to add a shell dwelling cichlid. The Malaysian Trumpet Snails, the tanks only inhabitants, moved around the tank like normal. However, unlike the crushed coral that had been there previously, the sand made it possible to view their movements. This picture was taken only a few hours after adding the sand. 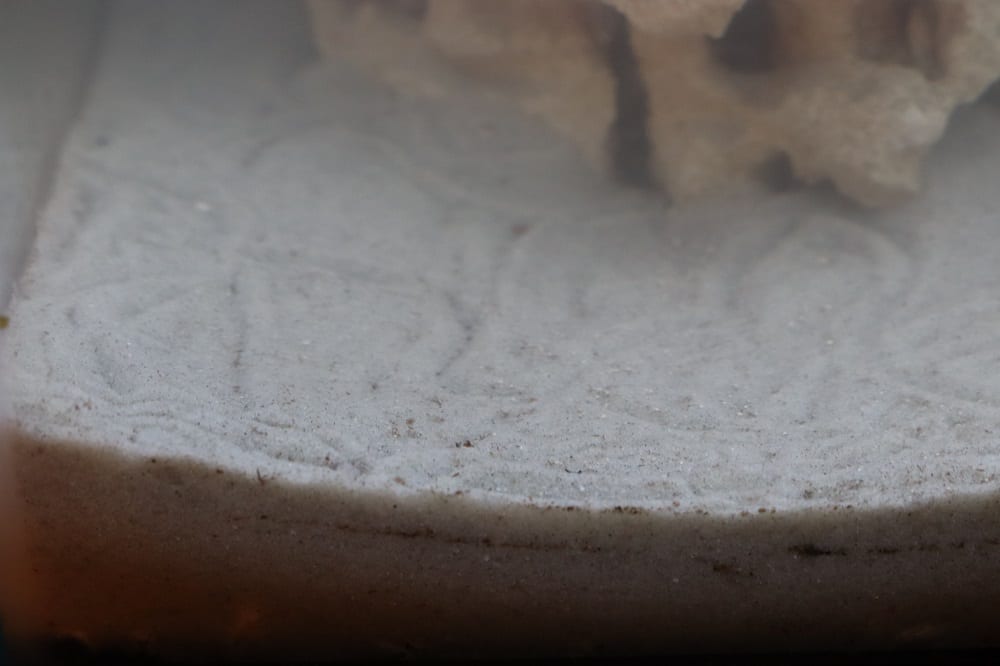 Notice the track ways all through the sand. That is what happens in the first few layers of soil. Animals interact with the soil and churn it up, leaving track ways behind. This concept is important so remember it for later.

Now consider the two competing views of geology: long ages of slow and gradual processes vs younger earth and catastrophic processes. What predictions would each make with regard to bioturbation?

The old earth view with its largely uniformitarian assumptions, would predict there would be lots of bioturbation in the fossil record. After all, if the rocks were laid down gradually over millions of years, then there should be plenty of time for animals to root around in the soil and stir it up. There should be millions of subsurface track ways (not footprints mind you) and tunnels. Bioturbation should be the norm, not the exception, when looking at the stratigraphic record. In fact, not finding bioturbation between two rock layers should be cause to question how large the age gap between them really is.

However, from a young earth perspective, this prediction would be very different. Given that most of the rocks were laid down quickly over a short period of time during Noah’s Flood, creationists would expect minimal bioturbation. There might be the odd place here or there as animals trapped in the soil tried to burrow out, but this should not be common. Bioturbation should be the exception, rather than the rule when looking at the stratigraphic record.

Which prediction is more accurate? In order to understand this, it is important to understand what is meant by bioturbation. A simple burrow is not enough for bioturbation to be considered. Both sides would expect that there would be burrows preserved in the rock, though for different reasons. For bioturbation to be present, there must be evidence that the top layer of the rock has been reworked through the action of various animals. 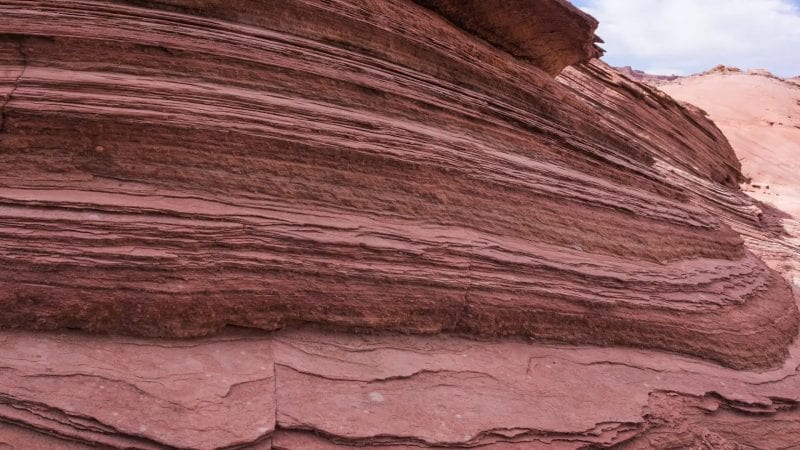 While examples of bioturbation do exist in the rock record, particularly among sediments that preserve only sea life, the young earth creation prediction tends to be more accurate. Bioturbation between layers is absent in many places. The most obvious example is the Grand Canyon where multiple layers stack, one atop the other, with no bioturbation or erosion between them, but dozens more examples could be cited.

The important point is, despite there being some examples of bioturbation in the record, there is not nearly as much as would be predicted by long ages.

Going beyond that is inference. While I agree with the inference, it is important to note the difference between inference and evidence. Furthermore, while evidence is good, evidence will never win an argument against someone who is astute. It is important to argue presuppositionally to help reach people with the Gospel. 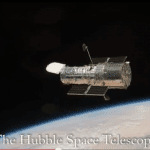