[Originally published as the second part of False History of Creationism is Full of Beans. Dr. Lisle is responding to the claims of Phil Vischer, the founder of VeggieTales on the merits of biblical creation.]

Phil: RA Torrey, the editor of “The Fundamentals,” was a “day-age” proponent. (Which believes each day in Genesis 1 represented a long period of history.)

Lisle: James Orr, one of the contributors of “The Fundamentals” also held the day-age view. But his motivation for holding such a position is pure eisegesis—attempting to read the Bible in such a way as to accommodate elements of the secular origins story. Orr states, “But things, as in the case of astronomy, are now better understood, and few are disquieted in reading their Bibles because it is made certain that the world is immensely older than the 6,000 years which the older chronology gave it.”¹

Notice that he refers to a 6000-year-old universe as the “older chronology.” This confirms that it is not some modern development. It was the standard position of believers for millennia.

More significantly, the day-age view has been thoroughly refuted, and we have other articles elaborating on this in detail.

Briefly, the Hebrew word translated “day” in Genesis 1 is yom. Its literal meaning is “day.” In poetic sections of Scripture (which Genesis is not), the word can be used in a figurative sense when used as part of a phrase like “the day of the Lord.” But the context of Genesis 1 disallows such a use because it is historical narrative and the days are defined in terms of earth rotations: each bounded by one evening and one morning, and following a sequence, “second day, third day”, etc.

To force the non-literal use of yom into this literal text is an error in hermeneutics called the “unwarranted expansion of an expanded semantic field.” Moreover, God explicitly tells us that the reason for our seven-day week is because God worked in six days and rested for one day (Exodus 20:8-11). This text uses the same words for “days” in our week as in the creation week, and in the plural form, yamim, which never refers to anything other than ordinary days.

There is a reason why every major English Bible translation translates each day of creation as “day;” this is what the word means! It has no other meaning in that context. If God had meant to say that He created in six “ages,” He would have said that. There are Hebrew words (e.g. olam, dor, ‘et) that would express that. But God used the word for “day” because that’s what He meant.

The Lord does know how to use language.

Phil: YEC, as taught by Ham and others, was born out of interpretations of a “vision” one of the founders of Seventh Day Adventists claimed to have had, which was turned into a book called “A New Geology” by one of her followers in the 1920s.

Lisle: False. We’ve all heard the myth that Ellen G. White started a belief in a young earth, but anyone who has studied history knows that such an idea is absurd. That the Lord created heaven, earth, the sea and everything within them in six days was taught by Yahweh Himself, and was written by His own finger in stone (Exodus 20:11).

The biblical timescale is affirmed by Jesus Christ in passages like Mark 10:6 where Christ states that God created human beings (male and female) from the beginning of creation, not billions of years later. Indeed, Adam and Eve were present on the first week of the universe.

Paul affirms in Romans 1:20 that people have seen evidence of God since creation, which would be impossible if human beings were not around for the first 13.8 billion years of time. Even Augustine (A.D. 354–430) stated, “Unbelievers are also deceived by false documents which ascribe to history many thousand years, although we can calculate from Sacred Scripture that not 6,000 years have passed since the creation of man.”2,3 Clearly, “young earth” is not a new idea.

Lisle: Unfortunately, Phil doesn’t know history. He refers to a book by George McCready Price that was published in 1923 entitled “The New Geology.” But there were “scriptural geologists” going back a century earlier who believed in a young earth and rightly understood geology in light of the global flood. These facts were documented in Dr. Terry Mortenson’s book The Great Turning Point which is based on Mortenson’s doctoral dissertation, as well as his online presentation summarizing this.

In reality, the Morris and Whitcomb book The Genesis Flood was based largely on Dr. Whitcomb’s doctoral dissertation, which hermeneutically demonstrated the literal nature of Genesis, including the creation and the flood. The evidence and arguments found within The Genesis Flood are based on science and Scripture. The book is a masterpiece of Christian scholarship, and it’s a shame that Phil denigrates it rather than reading it.

Lisle: So, we have seen that Phil’s claim here is false. The understanding that the universe is thousands (not billions) of years of old has always been the majority position of the church until the mid-1700s and is affirmed by Scripture itself, (e.g. Mark 10:9, Exodus 20:11).4 There is no hint in Scripture of deep time, nor any indication in the Scriptures that believers of the time ever held to any other view than a literal Genesis in which God created in six literal days as the basis for our work week.

Phil: Though there are old claims of a young earth (Bishop Usher, 17th century), the specifics of an alternate science called YEC is a recent, distinctly American phenomenon.

Lisle: Demonstrably false. First of all, biblical creationists (those of us who understand that Genesis is literal history and accept its timescale) largely embrace all of operational science—not “alternate science.” My Ph.D. is not in “alternate astrophysics.” It is in astrophysics. I do physics, chemistry, mathematics, etc. the same way as my secular colleagues. There is no “alternate science” here.

The difference is in our view of history. I embrace the recorded history of the Bible, whereas secularists largely reject that history and substitute their own speculations about the past. Hence, we will disagree on how and when a fossil formed (its history), but we all agree on the fossil’s composition, mass, volume, density, etc.—its scientifically observable properties.

With regard to the specific scientific details that confirm recent creation (such as C-14 in fossils, which demonstrates that they cannot be millions of years old), many of these discoveries are indeed recent. But that is true of the vast majority of discoveries in science!

No one was doing quantum mechanics or the physics of relativity two hundred years ago. No one knew about black holes, quasars, or pulsars a hundred years ago. These are recent discoveries. Is that a basis for rejecting them? Does it make them “alternate science?” Clearly not. Phil’s reasoning here makes absolutely no sense.

Phil: (Someday this will be the topic of another video that will make some people mad.)

Lisle: Actually, if Phil continues to promote false claims, I will be very happy to expose them. People can learn a lot by seeing the refutation of a critic’s errors. And it bolsters our confidence in God’s Word.

Phil: All Christians are Creationists, so in that sense Creationism is absolutely global.

Lisle: I wish that were so. By the standard definition of creation (that God created the original organisms supernaturally, and that they reproduce after their kind), many Christians reject creation in favor of theistic evolution.

This of course undermines the gospel because the gospel is predicated on the fact that death is the penalty for man’s sin. However, in an evolutionist or old-earth view, death has always existed as a natural part of the world. In such a case, it is not an enemy that entered the world when Adam sinned. It could not be the result or penalty for sin if it already existed. In such a case, Christ’s death on the cross would be meaningless.

Phil: The specific batch of beliefs that make up YEC are by far most widely accepted in North America, plus other countries affected by American Christian media.

I hope that these comments have been helpful. I realize how easy it is to become intimidated by secular scientists, and that there is a temptation to read Scripture through the lens of secularist views on origins. But this is not honoring to the Lord. Let us encourage one another to have a higher view of Scripture, and to fear God rather than man. God really does understand how and when He created the universe. And we can trust His Word. 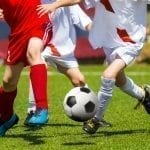