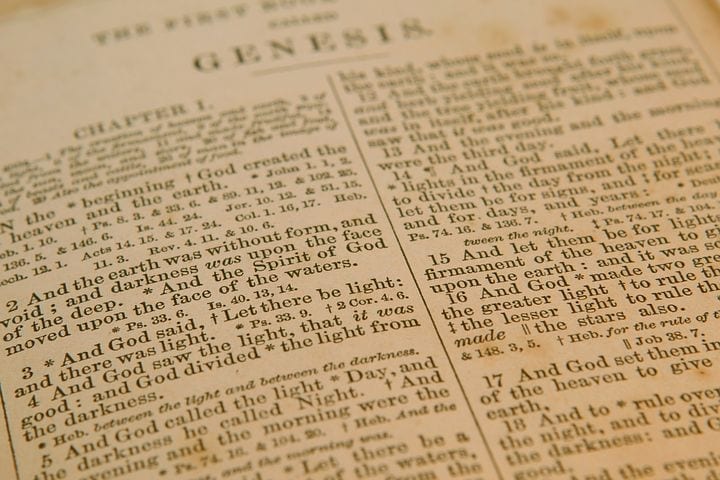 In my studies of the Bible, I have noticed when something is especially worthy of  attention, it is a text that receives a lot of “press time” or provides very particular details about an event.  For example, the gospel of Matthew contains three chapters about the events surrounding the crucifixion, death, burial, and resurrection of Jesus.  In the case of Genesis 1, it records that men and women were created in the image of God.  Then in Genesis 2, the creation of humans receives even more “press time” which expands the reader’s comprehension of the topic.

God created man out of dust and breathed life into him (Genesis 2:7).  God noticed that man was lonely and decided to create a helpmate for him (Genesis 2:18).  This helpmate, which the man would call woman, was created from the man’s flesh taken from his side (Genesis 2:22-23).

Those extra details in the Genesis 2 account demonstrate several things.  First, the account in Genesis 2 affirms the account in Genesis 1.  There is no contradiction between the two accounts.  Second, there is nothing in this account that would hint at an evolutionary beginning. We are told specifically the manner in which God created the first two humans.  Third, this chapter affirms the institution of marriage presented in Chapter 1.  Marriage is to be between a man and a woman; after all, woman was created from man. Finally, there is a special relationship between a man and his wife that was established from the time of creation.  The woman was made from the man’s flesh, for the purpose of being his helpmate. She was given by God to man.  Of course, after the Fall, the roles of man and woman became distorted. There are definite attacks on the institution of marriage even today, and many who argue that humans evolved from animals over millions of years.

With so much “press time” given to the creation of man and woman in Genesis 1 and 2, we have complete confidence that God used His creative power to bring about the first two humans on planet Earth.  These two chapters give specific details about HOW they were created.  We did not have to be given these details.  It could have just been written that we were created by God, and then that would have left the door wide open for a variety of  ideas about how humankind originated and developed. However, it is perfectly clear from these texts that God desired that we know exactly how human life began.

I am the Director of Creation, Karate, and Christ Ministries. I schedule creation classes, Bible studies, and self-defense classes on behalf of CKC. I love studying about God's creation in the great outdoors! I have completed a few years of ministry training. Additionally, I am a mother of two, a preschool teacher, and an animal lover.